The compact crossover class has grown exponentially with manufacturers from across the world wanting in on this lucrative segment. The Volkswagen Tiguan has been a steady contender since 2007 and today, in second-generation guise, it goes up against the Audi Q3, BMW X1, and Volvo XC40. 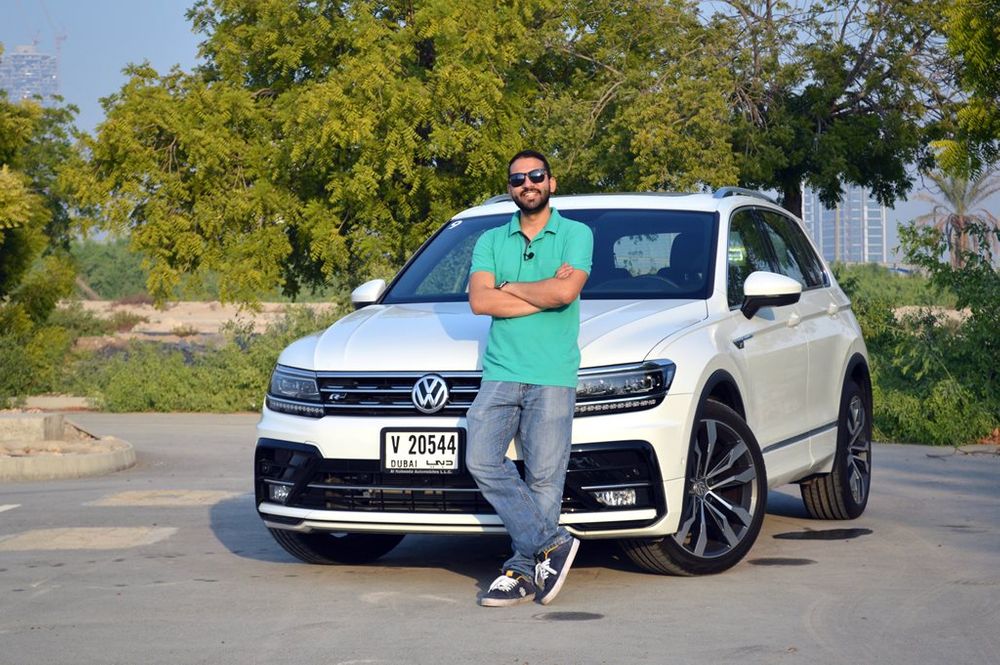 To compete with the expanding waistlines of compact SUVs, the second-generation Tiguan has grown 59mm longer and 31mm wider. Flaunting the brand’s all-new design language, the Tiguan bears a strong resemblance to its older brother, the Touareg, but flaunts an aura of its own. The Tiguan’s presence is heightened with 20-inch Suzuka alloy wheels, chrome along its bodywork, and plenty of deep creases that make it look beefy and intimidating. 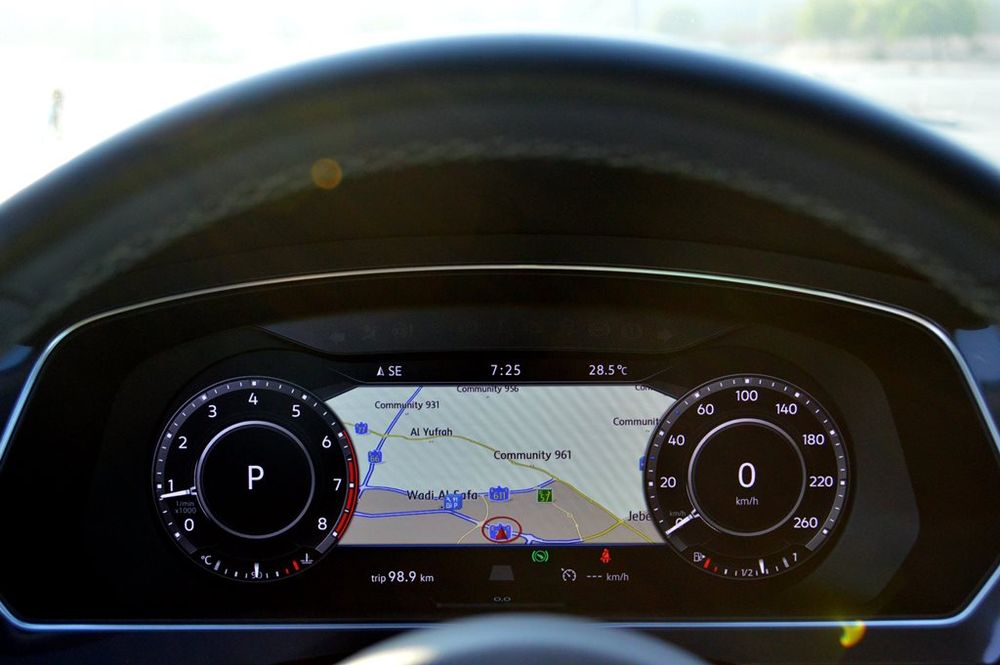 Matching its growth spurt on the outside, the Tiguan has grown on the inside and offers a lot more space than one would expect to find in a compact crossover. With practicality being the Tiguan’s strong point, it offers numerous cubby holes around the cabin, a sliding and reclining second row, and seats that fold in mighty practical 40-20-40 splits.

Adding to its comfort and practicality are folding tray tables for rear seat passengers, USB charging, and a tri-zone climate control system that ensures all occupants are at ease. If you’re still not sold, the Tiguan packs another trick up its sleeve in the form of boot space. At 685-liters behind the second row, the Tiguan offers a lot more than both its German rivals and its Swedish rival too. 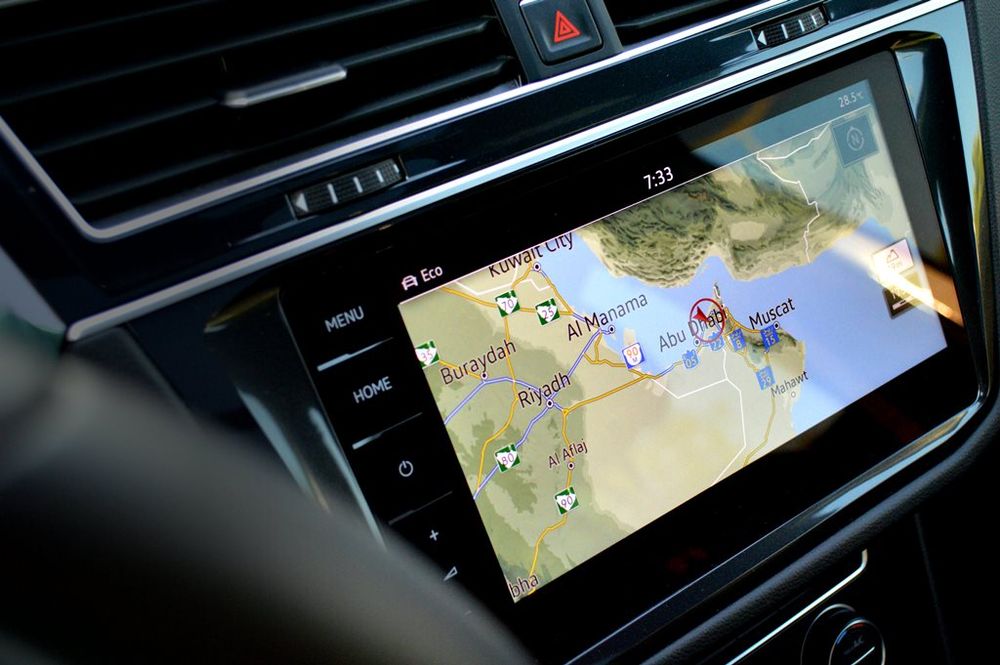 Staying competitive in a crowded segment of the market and offering more than enough to lure young, affluent buyers, the 2019 Volkswagen Tiguan is armed with a full-length panoramic roof; an 8-inch infotainment screen that offers Apple CarPlay, Android Auto, and Smartphone Mirroring; and a banging 400-Watt DYNAUDIO sound system, amongst a long list of other features.

Specific to the driver, are Adaptive Cruise Control and speed limiter systems, a 12-inch display that allows them to view navigation, vehicle, and entertainment information in the instrument cluster, and an Automated Parallel Parking system that doesn’t work very well, but that’s forgivable for most automated parking systems out there seem to either want to go onto a pavement or into a car that’s already parked.

The Volkswagen Tiguan, though practical and good looking, has never ranked highly on the excitement scale. But things have changed, and that’s because of the 2.0-liter turbocharged petrol engine that it shares with the legendary hot hatch, the Golf GTI.

Depending on which drive mode is selected (Comfort, Normal, Sport, Individual) the Tiguan channels 220 horsepower through a 7-speed DSG gearbox with varying degrees of urgency. With the pedal to the metal, it will hit 100 km/h in 6.5-seconds and top out at 220 km/h. Impressive numbers for a family SUV.

Part of the excitement it delivers is also to do with the balance and engagement provided by the 4Motion All-Wheel-Drive system and an extremely precise steering wheel, making the Tiguan feel like a Golf GTI in stilettos. Just to be clear, that’s a wonderful thing, because the Golf is an amazing and engaging car to drive. 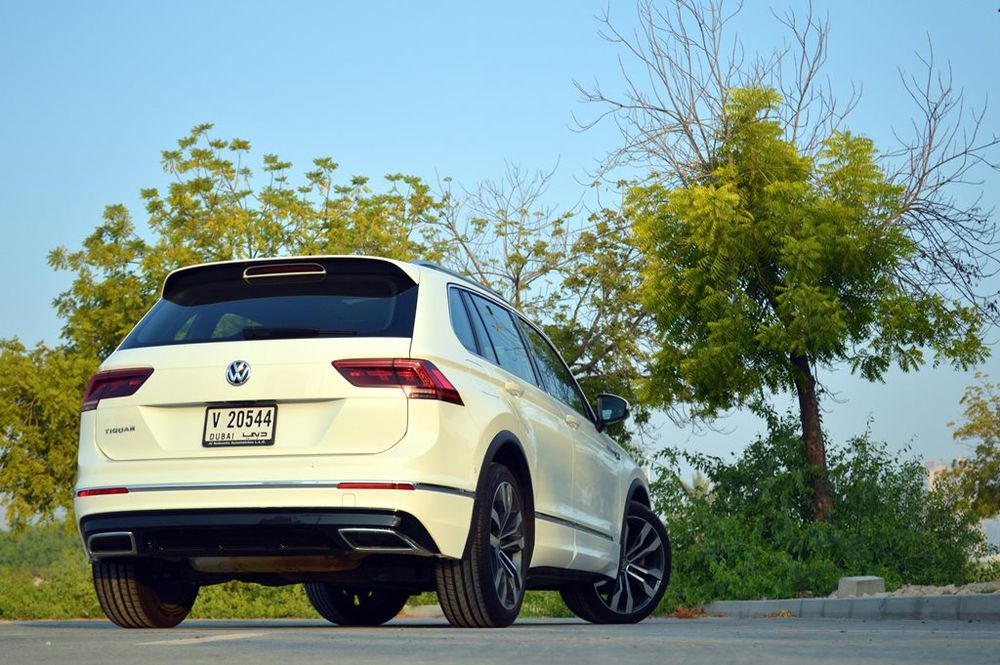 At AED 176,000, the Volkswagen Tiguan R-Line is better than its German and Swedish rivals, but it isn’t the best bang for your buck. What you should do is ditch the optional R-Line boy kit, save yourself AED 12,000, and settle for the Sport trim with the same phenomenal engine for just AED 164,000. It’s still a lot of money but it’s a lot of car too.