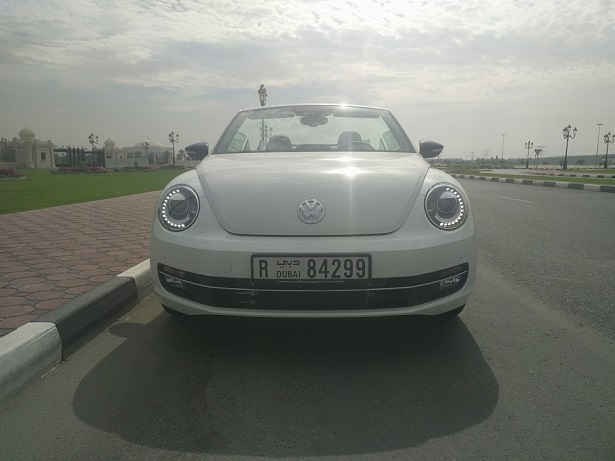 The Volkswagen Beetle has been around for about 20 years since its redesigned debut in 1997 as the ‘new Beetle’. Back then, it became an instant hit among the youth as the iconic British hatchback was back with a beefier body and voluptuous looks. It wasn’t that ‘tiny’ anymore and one would think why still carry the name ‘beetle’. Well, to be fair, same can be said for its competitor the MINI Cooper. However, this ‘new beetle’ ended its run in 2010 and in its place came another ‘beetle’ which we will be looking at in this review. 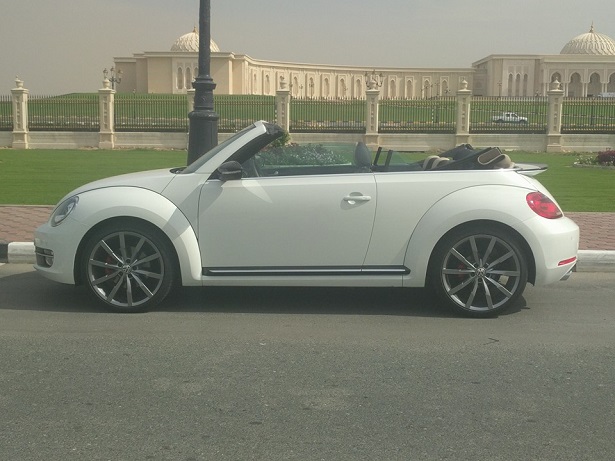 For starters, it doesn’t look like an entirely new beetle as the overall look of the car is the same. However, if one looks deeper, there are definitely some changes. The latest Beetle has a lower profile and aggressive styling compared to the older generation. The one I tested was the ‘exclusive’ variant that comes with 20” alloys as standard. Other than that, there are Bi-Xenon headlamps with DRLs as well. So, overall, the Beetle looks like what a Beetle should and yet it doesn’t seems to go out of style. 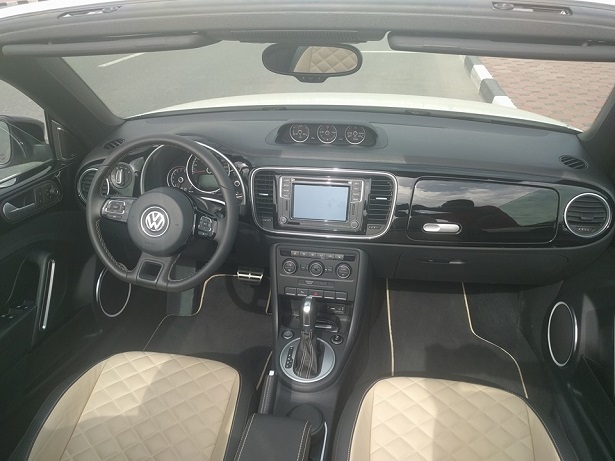 The interior looks like a typical VW interior. So, you have a very ergonomic setup for pleasurable driving. The exclusive variant comes with leather seats, climate control, park assist, navigation, leather steering with audio controls, Bluetooth, special turbo gauge and a bit of gloss on the dash as well. The seats, I must say, looked and felt real nice. They complimented the functional interior very well. Overall, no complaints. 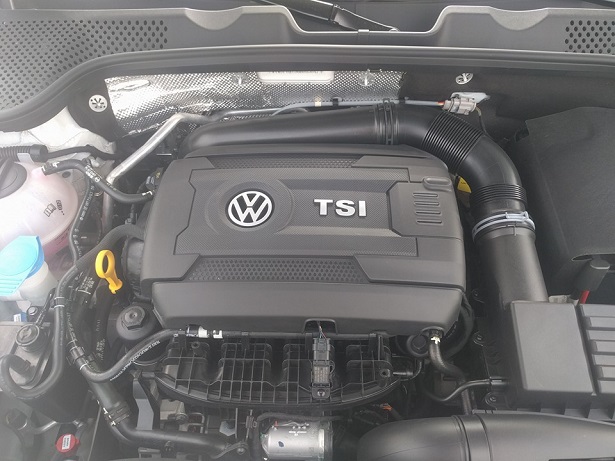 This is a rather interesting turn of events. It is because the test car was equipped with the turbocharged 2.0 liter engine found in the GTI. This means you have 210 BHP to play with. Couple that with a 6 speed DSG and front-wheel-drive system and you will have hours of fun on the road. This Beetle drove just like a Golf GTi which is oddly satisfying because it shares the platform with the Jetta. Put the top down and just cruise the streets with enough power at your disposal to be fun yet in control. 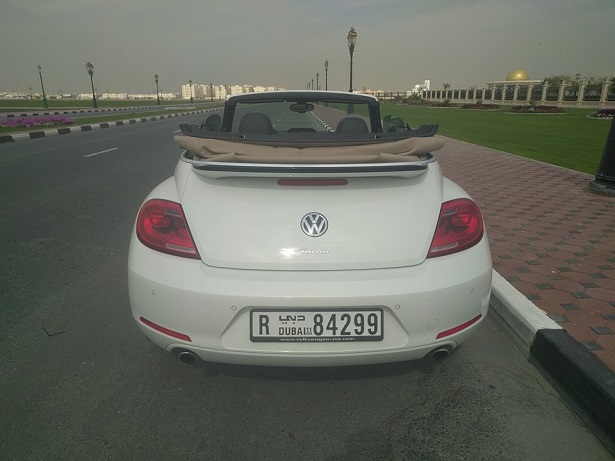 I had never driven the VW Beetle before but now I believe it is a very youth-oriented mode of transportation.