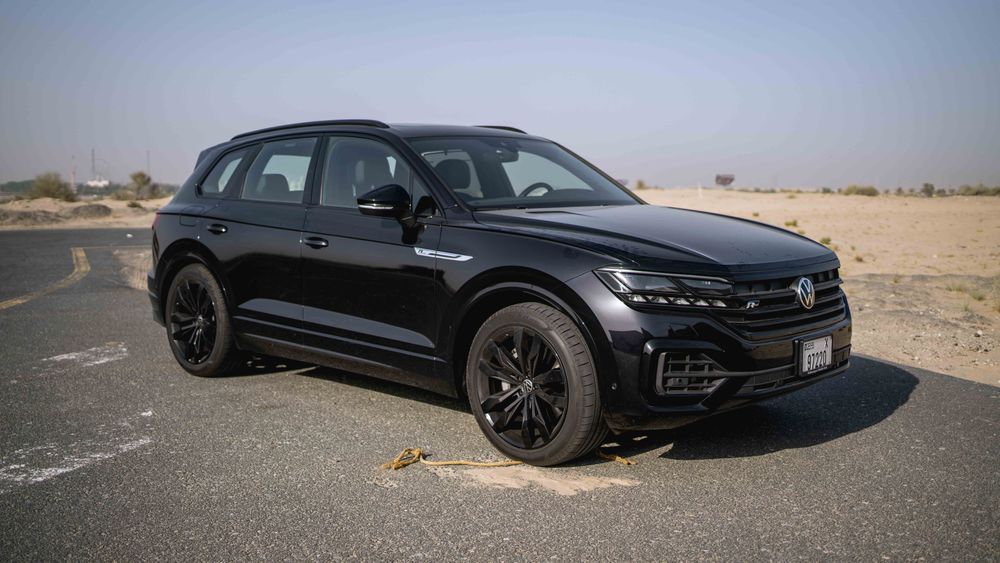 Named after the nomadic inhabitants from North Africa, the Volkswagen Touareg was first revealed in 2003. The mid-size premium SUV was well-liked by customers, only getting better with each passing iteration. With the latest avatar already on sale in the UAE right now, its spicy and range-topping R-Line has been attracting a lot of attention. Well, let’s find out.

What’s the price of the Volkswagen Touareg R-Line?

In the UAE, the new Touareg R-Line comes in at a hefty 290,000 dirhams! For some perspective, the regular model starts from just under AED 194,000. Even at its lofty price tag, the R-Line stands to offer buyers a premium SUV that’s still more affordable than its other German rivals.

While the standard Touareg is quite a handsome-looking car, the new R-Line takes that up a few notches. Volkswagen really wants you to focus on the sporty appeal of this particular Touareg, and that’s something that will be hard for you to ignore. One of the first things you will notice here is the sheer amount of darkened or black trim and paint that has been used all over, which comes courtesy of the Black Style Package. 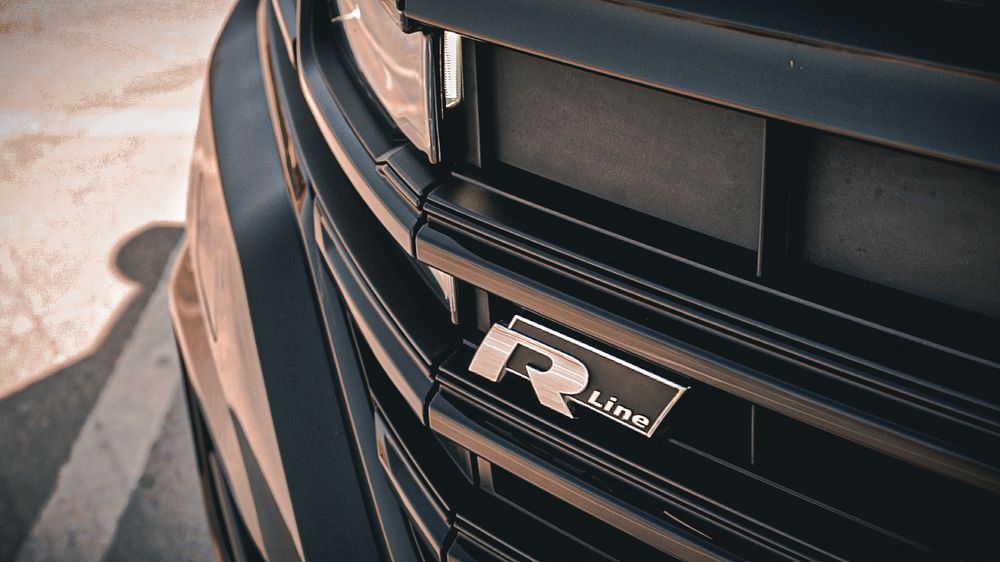 Furthermore, the larger and more pronounced air intakes in the front bumper find their place alongside a revised grille and fancier Matrix LED headlamps – the latter gets its own darkened theme. Then there’s the unmistakable ‘R-Line’ badge tucked neatly into the right corner of the grille, which is obviously painted black. The face of the new Touareg R-Line surely has a dominating presence. 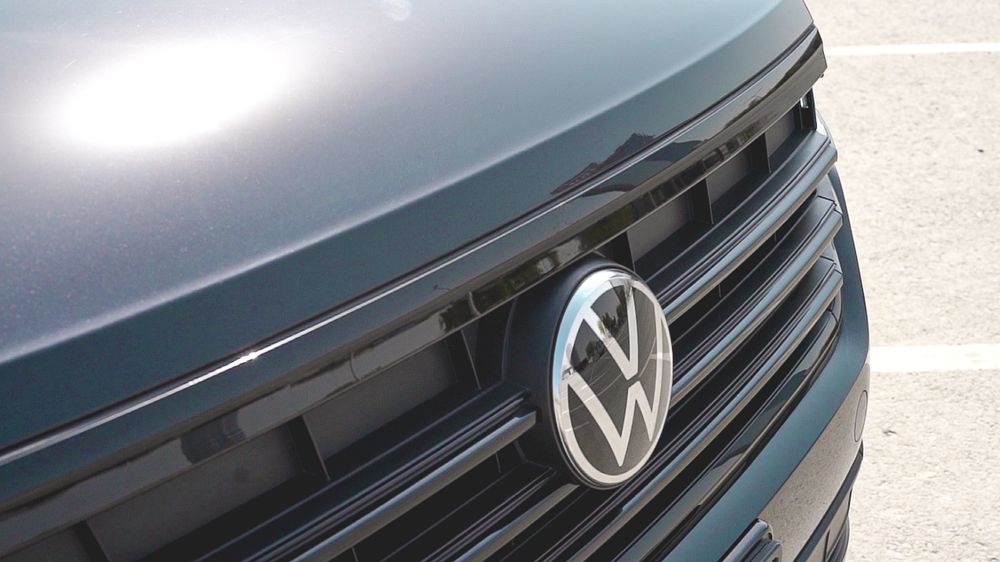 When you combine the all-black and exclusive 20-inch “Braga” alloy wheels with a strong shoulder line, flared haunches, and a sloping roofline which leads to a distinctive spoiler, what you get is a pretty stylish and sporty side profile. Around the back, the debonair LED tail lamps get their own darkened effect, whilst the surrounding all-black paint scheme looks menacing and totally makes its presence really felt. 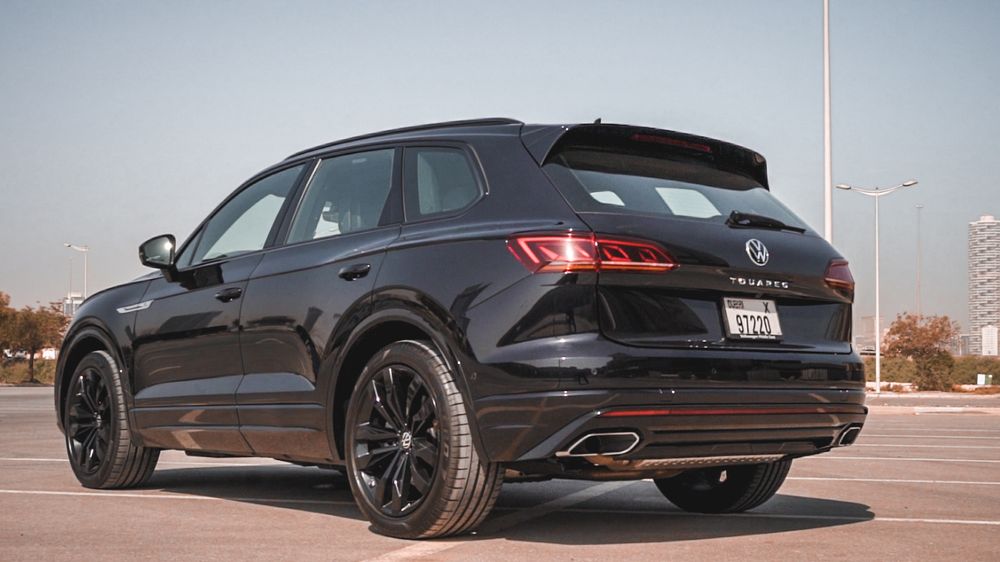 Underlining the beefy rear end of the Touareg R-line is a sportily-designed bumper that gets a full-width static reflector, plus trapezoidal exhaust tips that are finished in chrome. While these tips do lead to actual exhausts, the actual units are smaller. Still, this SUV exudes an overall sense of sportiness and agility, without being too over-the-top in its approach to styling.

The interior of the Touareg R-Line ticks many premium boxes

In typical VW fashion, the build quality of the new Touareg R-Line doesn’t leave a lot of room for complaint. There are plenty of soft-touch materials in here, with the rest feeling several grades above cheap. In fact, the cabin of the new Touareg has been designed keeping both practicality and comfort in mind. You can easily fit five adults in the Touareg’s cabin, whilst the boot has a capacity of up to 810 liters. 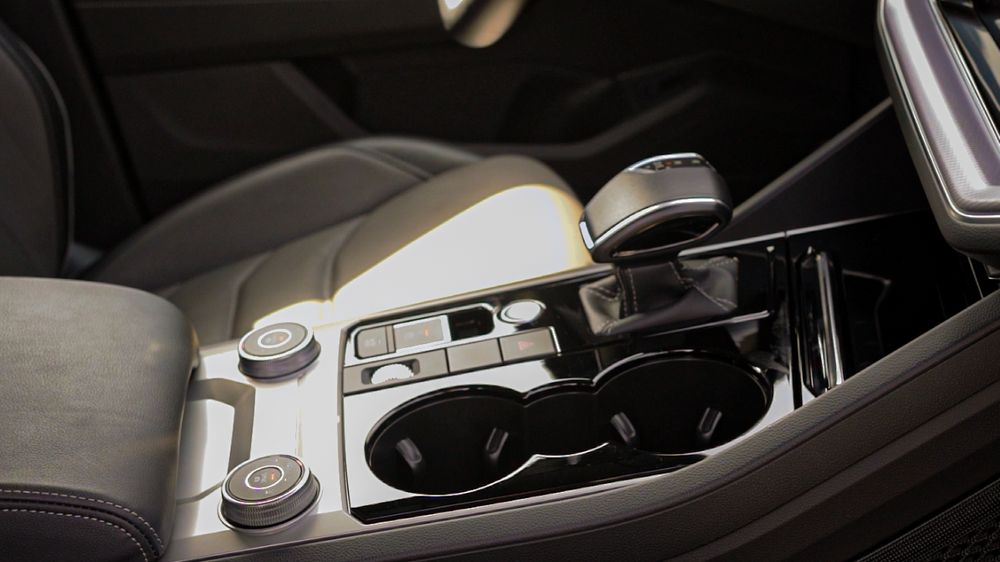 To capture more of your visual spectrum, Volkswagen has dressed the interior of the Touareg R-Line with multi-color ambient LED lighting, a driver-oriented center console, piano-black inserts, and a flat-bottom steering wheel. The sporty effect is further enhanced by large twin dials along the center aisle that control various drive and off-road modes. The R-Line also gets a comfortable front armrest, a silver trim that runs along the lower dashboard, ‘R-Line” logos on the seat headrests, and an Audi Q7-inspired design for the front air vents. 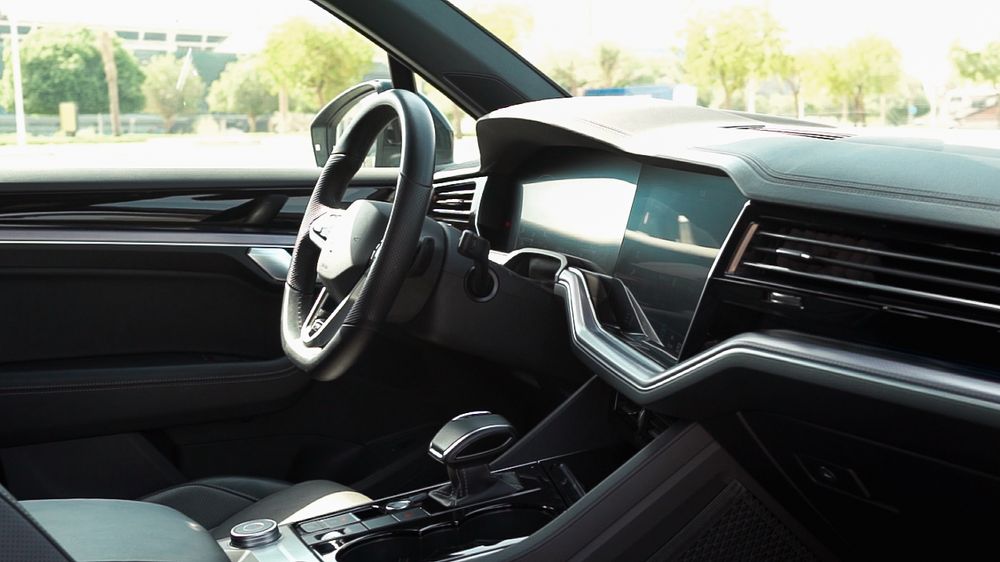 Equipment that will satisfy many

Since you will be paying all this money, Volkswagen is aiming to satisfy you with a pretty lengthy equipment list. Among them, there’s a panoramic sunroof, adjustable air suspension, split-folding rear seats, adaptive cruise control, a power-operated tailgate, wireless phone charging, an enormous (but optional) 15-inch touch-infotainment head unit with Android Auto & Apple CarPlay, VW’s Digital Cockpit, heated and ventilated front seats, and electronic parking brake with auto-hold function. 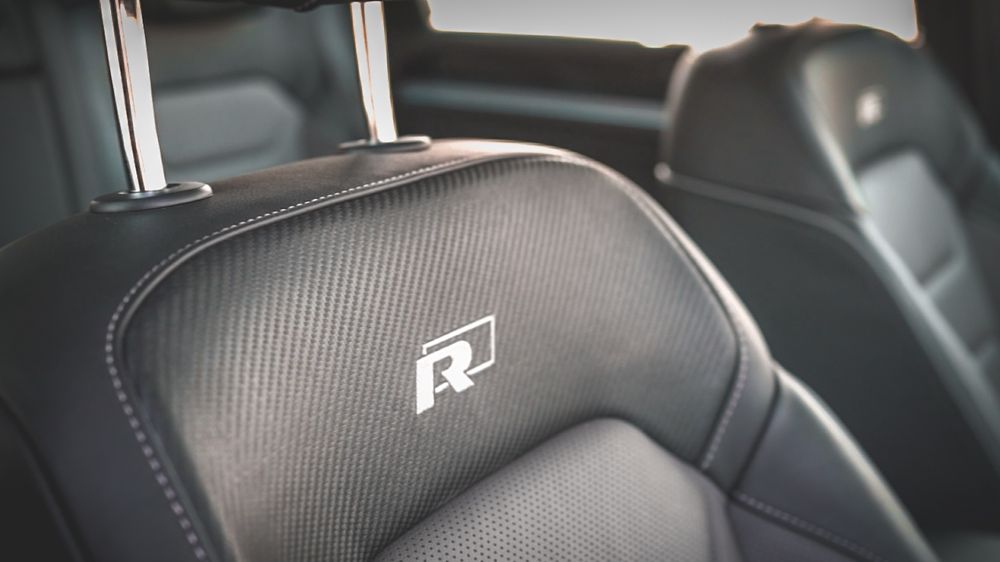 The Touareg R-Line can also be had with a heads-up display, Intersection Assist, Park Assist Plus with all-around sensors and a rearview camera, and all the electronic safety tech that you expect from a modern Volkswagen.

Is the new Touareg R-Line fun to drive?

The all-wheel drive Touareg R-Line employs a 3.0-liter TSI V6 engine that makes 340hp and 450Nm of peak torque. Using an 8-speed automatic gearbox, this SUV will get itself to an electronically-limited top speed of 250 km/h. Meanwhile, the run from 0-100 km/h is tackled in under 6 seconds! That’s not at all bad for a 2.3-ton premium family SUV. On a side note, driven moderately, the new Volkswagen Touareg R-Line can return around 7.5 km/l or 13.2L/100 km. While it may not be as engrossing to drive as a Cayenne or a Q8, it costs way less than either of them.

What’s the verdict on the new Volkswagen Touareg R-Line?

To begin with, its high price does not equate to a best-in-class equipment list. If you are expecting a reasonable 360-degree camera system, sorry, even the range-topping version of the Touareg doesn’t offer one! Also, while it may get multiple terrain and drive modes, the R-Line version was never envisioned to tackle challenging off-road conditions. As long as you stick to paved roads, the Touareg R-Line will easily be all the driving indulgence you might ever ask off of a mid-size premium SUV under 300,000 dirhams.