With the meteoric rise of crossover SUVs over the past decade or so, manufacturers across the globe have been rushing to fulfill the ever increasing consumer demand. For the most part, the maximum percentage of growth in the sector has been seen in the compact crossover segment. The segment, that accounts for immense footfall in showrooms, especially in countries like the United Arab Emirates.

Among the several auto giants that operate in the region, Toyota and Hyundai are perhaps some of the biggest and most influential brands. In fact, it was the Japanese that gave the world its first crossover SUV in the form of the Toyota RAV4. Today, the RAV4 is in its all-new fifth generation -- with the Hyundai Tucson representing the model’s third iteration since initial launch.

So let’s say you have just under 120,000 dirhams to spend on a brand-new car, which one should you go for - the RAV4 or Tucson? Read on and find out. 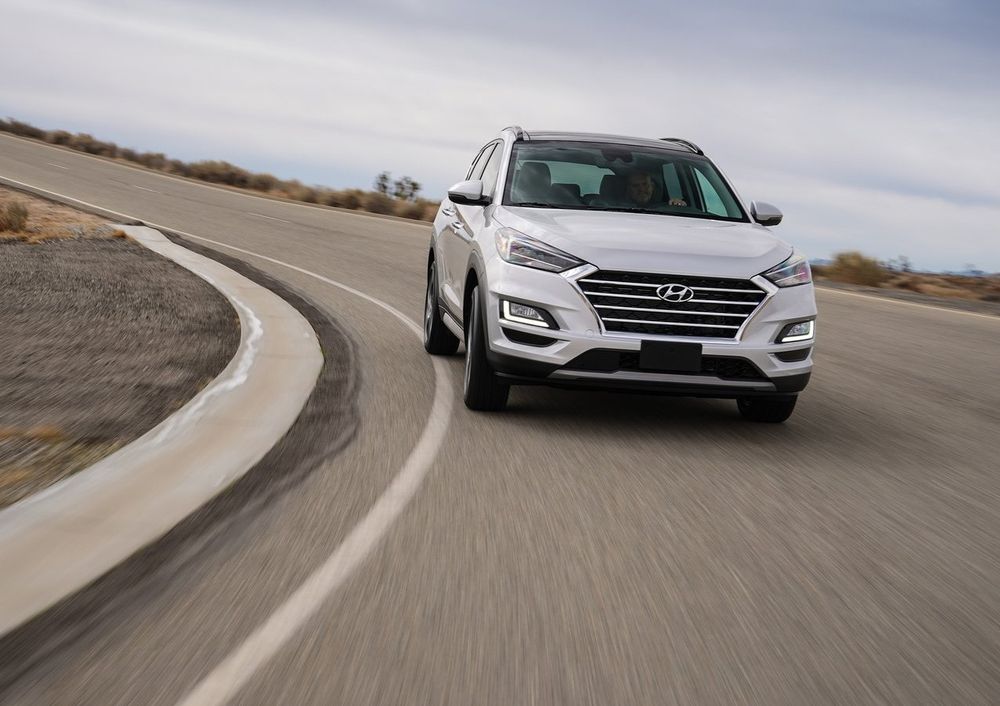 Buyers in this segment keep exterior styling and looks of a crossover nearly at the top of their list of wants. If you like If you like your crossover to have more sharp angles, an upright stance and more visual aggression, then the new Toyota RAV4 will appease your tastes. It definitely appears more rugged and ‘off-road ready’ when compared to many cars in this segment.

In comparison, the new Hyundai Tucson’s bodywork is primarily comprised of soft curves, contours and an overall urbane approach to crossover design. However, the sleek headlamps, stylish front grille, bold shoulder line, chic-looking tail lamps, and a sculpted rear end come together quite nicely as a total visual package. Meanwhile, the RAV4 is longer, wider and taller than the Tucson - with the Hyundai boasting a slightly longer wheelbase. 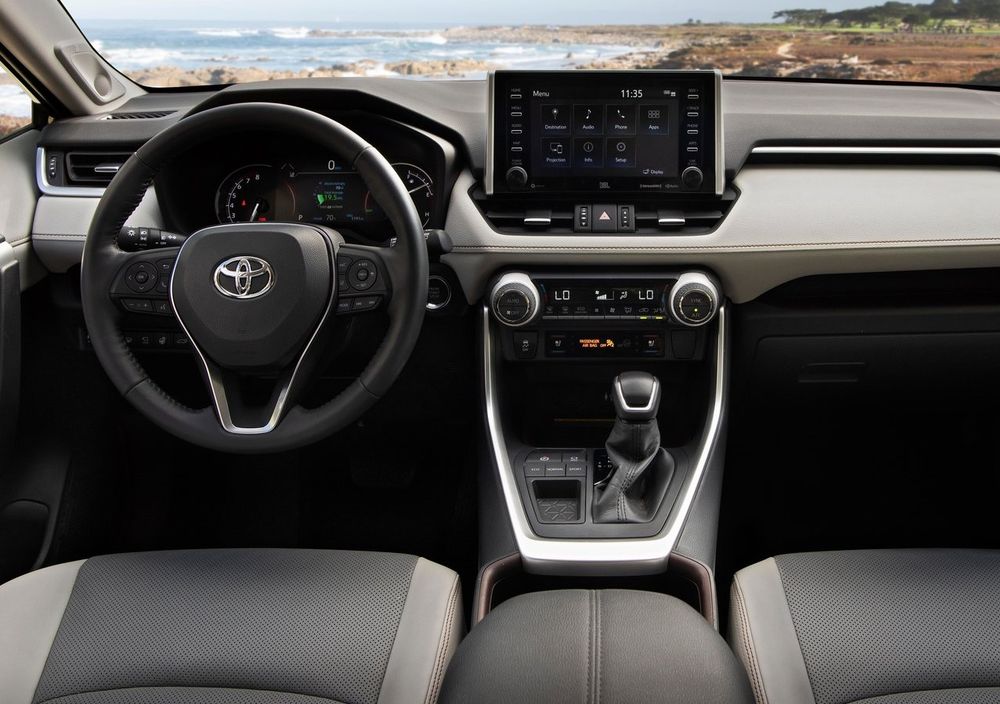 Climb onboard and you will notice that the Hyundai Tucson’s cabin carries forward the soft but modern design language of the exterior. Materials and overall build quality is good, while the cabin offers better-than-average room for five adults. However, the rear of Tucson does feel a touch tighter than its Toyota rival. Also, the rear windows of the Hyundai aren’t as large as that of the new RAV4.

The interior of the new RAV4 features fantastic build quality and some cool touches as well. For instance, there’s a part-digital gauge cluster for the driver (which the Tucson lacks). The larger exterior dimensions also makes way for a more spacious cabin - there’s more headroom and shoulder room in the Toyota RAV4 for sure -- that’s mostly down to the flatter roof and larger windows which let in more light into the cabin. 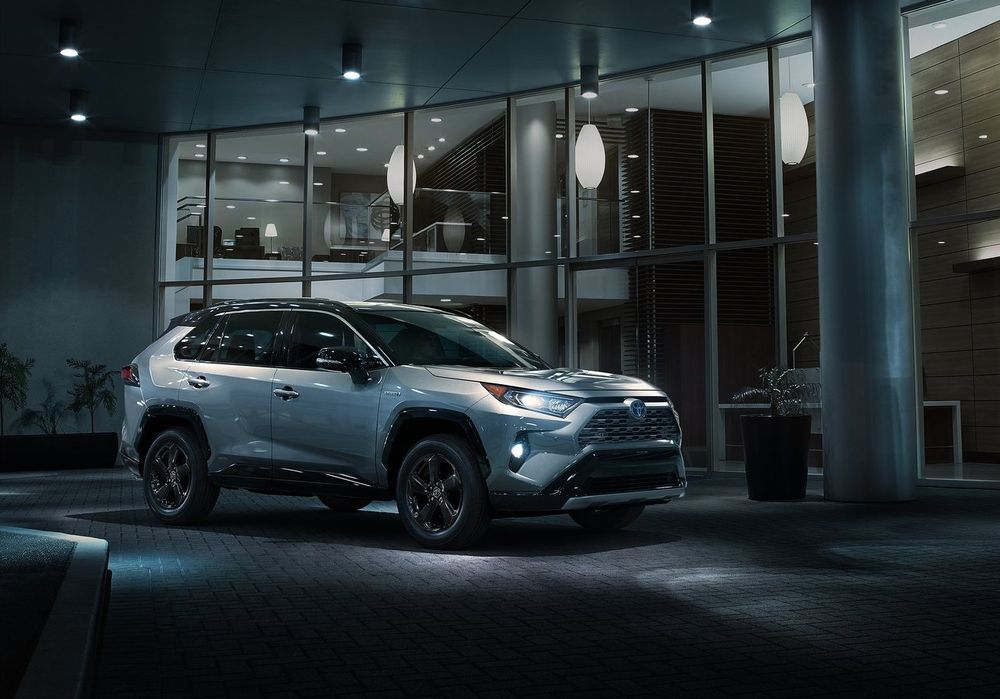 The 2020 Toyota RAV4 is undoubtedly got more might coming from its 2.5-liter engine than the Tucson’s mightiest 2.4-liter unit. While both feature an all-wheel drive (AWD) system and automatic gearboxes, the RAV4’s 203 hp and 243 Nm is more than the 181 hp and 237 Nm that the Hyundai’s motor puts out.

Given its punchier engine, the RAV4 can scoot from 0 to 100 km/h in just over 8 seconds. On the other hand, the Hyundai Tucson requires a further 2 seconds (approximately) to achieve the same feat. The RAV4 is also faster at the top end - maxing out at 200 km/h when compared to the Tucson’s 180 km/h. As for fuel consumption, the RAV4 definitely wins by posting a acclaimed average of 7.3 L/100 km.

While the Hyundai Tucson is a fine car when viewed on its own, it simply doesn’t seem to make the best case for itself when put next to the new Toyota RAV4. The mid-spec RAV4 GXR maybe more expensive than the Full Option (2.4 GDI) variant of the Hyundai Tucson - AED 119,900 versus AED 116,300 (appx), but it wins this compare without much struggle.