Targeting to build the U.S market, Toyota is commited to launch seven new or updated Toyota and Scion vehicles in 2013, including the new Avalon, Corolla and RAV 4.

Also the launch of the new generation Camry appeals to younger drivers and families as it continues to have the highest owner retention in the segment. Becoming a hybrid leader with more than 50 percent market share, Toyota will launch it's electric mid-size Prius hatchback.

Toyota is on course for a 2015 fuel car which will be the "FCV-R concept" sedan creating a lighter, safe and more fuel-efficient vehicle. Debuted at last year's Tokyo Motor Show, it is described to have the hydrogen fuel cell unit beneath the car's specially designed body.

Other innovation by Toyota include research into car-connectivity technology such as gesture recognition and an autonomous car project that would help eliminate driver distraction and improve safety innovations. 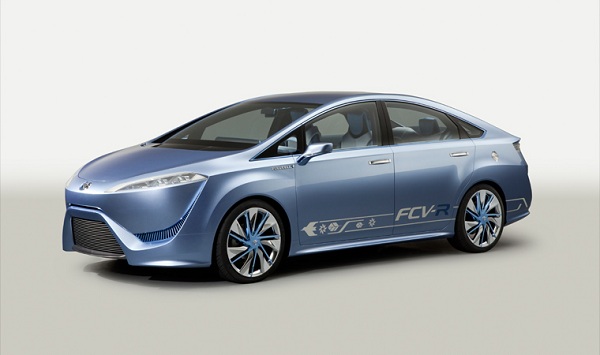 New collaborations with Tesla, Microsoft, Salesforce.com as well as BMW and partnership with Ford Motor Company promote the development of an advanced new hybrid system for light trucks and SUVs.

Since Toyota has revealed its new re-designed models for each of these cars to dealers in Las Vegas; it  keeps us waiting for this new and exciting line-up in our region.