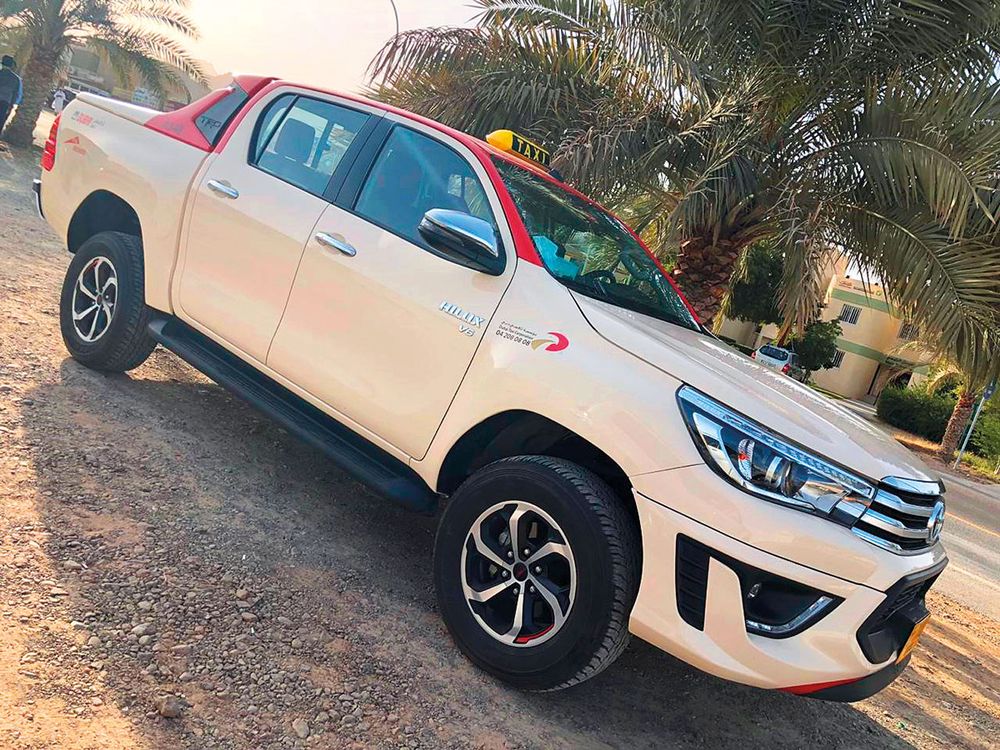 In a bid to better serve families and visitors to the mountainous region of Hatta, Dubai Taxi Corporation has added two Toyota Hilux pickup trucks to its expanding fleet. Ideal for families wishing to explore the mountain town, the Hilux taxi seats four passengers with enough space for bicycles, BBQ grills, chairs, and other outdoor items.

Available to the residents of Hatta as well as for trips to and from Dubai, a Roads and Transport Authority (RTA) spokesperson confirmed that two vehicles are currently being used as a pilot project. Once customer demand has been gauged, more vehicles will be added in the future depending on the market demand and feasibility.

The Toyota Hilux taxis can be booked through the contact center (04-208 0808) or can be flagged down when spotted in the street. Regular fares apply with the meter starting at AED 5 and running at AED 1.91 per kilometer. According to the RTA, Hatta residents can avail a 50% discount on the total fare at the end of the trip.

Toyota Racing Development works its magic on the Prius