The car you see above is the Toyota C-HR, a funky crossover that joins the brand’s clean and green line-up of hybrid vehicles, namely the Corolla Hybrid, the Camry Hybrid, the RAV4 Hybrid, and the newly introduced Highlander Hybrid. Priced at 93,900 Dirhams, the C-HR does seem expensive at first but by the end of this review, we will see if it has what it takes to justify its steep price tag. 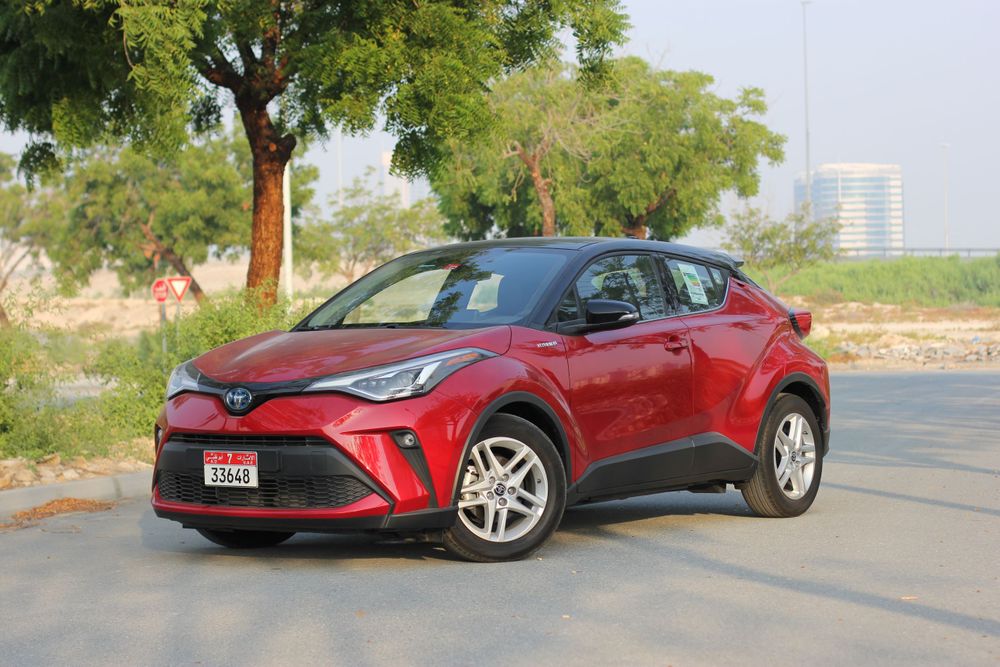 Falling into the segment that is home to the Hyundai Kona, Honda HR-V, and Nissan Kicks, Toyota knew it could not play it safe when it came to the styling. With plenty of curves and sharp edges, the C-HR almost looks like a concept car and that is a wonderful thing because it definitely turns a lot of heads. Part of what gives it its head-turning appeal is the two-tone paint job, large LED headlamps, 17-inch alloy wheels, door handles hidden into the bodywork for a more seamless design and protruding taillights that come together to form a lip spoiler of sorts. Is it the best looking of the lot? I sure seem to think so… 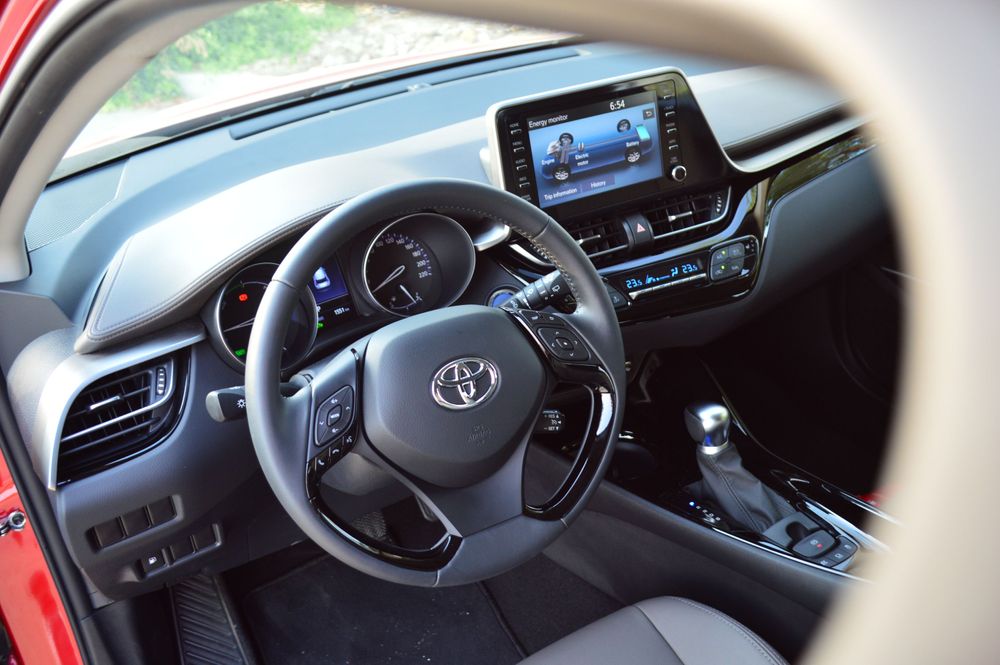 The fluidic and sporty design that starts on the outside does make its way inside too. The dashboard is minimalistic and focused towards the driver. There are sports seats that are covered in a mix of fabric and leather, and a stubby gear lever that sits low and gives the impression of a short shifter from a much sportier car.

Sadly, there is not much to praise about the backseats in the C-HR. While space is rather limited (as is the case with all its rivals) it does feel very bare. There are not any USB outlets, A/C vents, or anything of that sort. With boot space measuring in at just 377 liters with all seats in use, it is also smaller than all its rivals, except the Hyundai Kona. 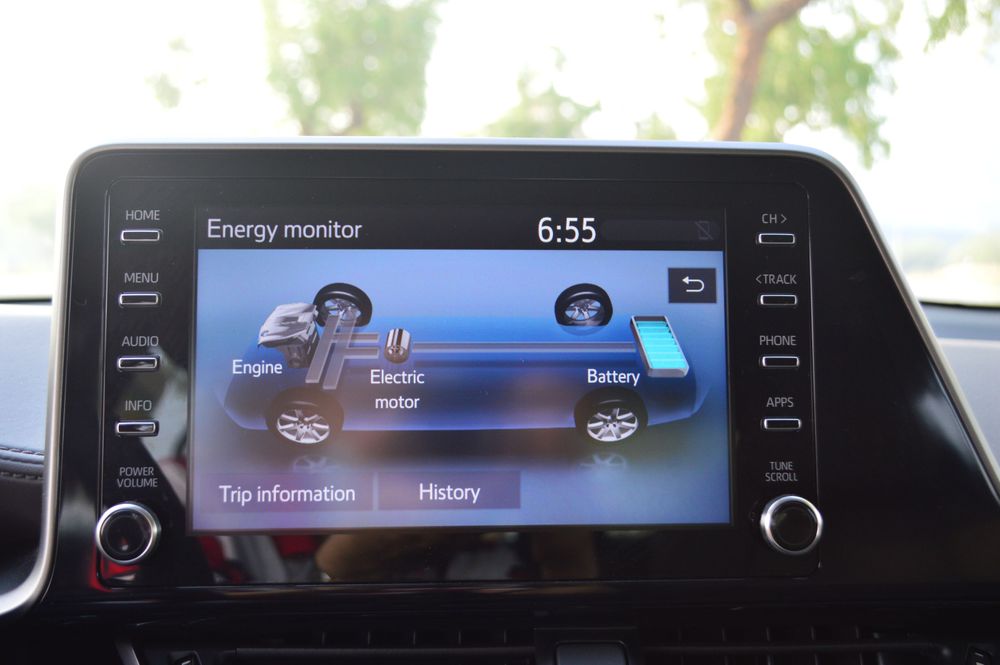 This being the more expensive of two available versions in the UAE, comes moderately equipped. You are looking at a 7-inch infotainment screen that is the same one found in newer Toyota models such as the Corolla and RAV4 and does come equipped with Android Auto and Apple CarPlay. There is also a dual-zone climate control system, audio controls on the steering wheel, cruise control, rear camera, and rear parking sensors. 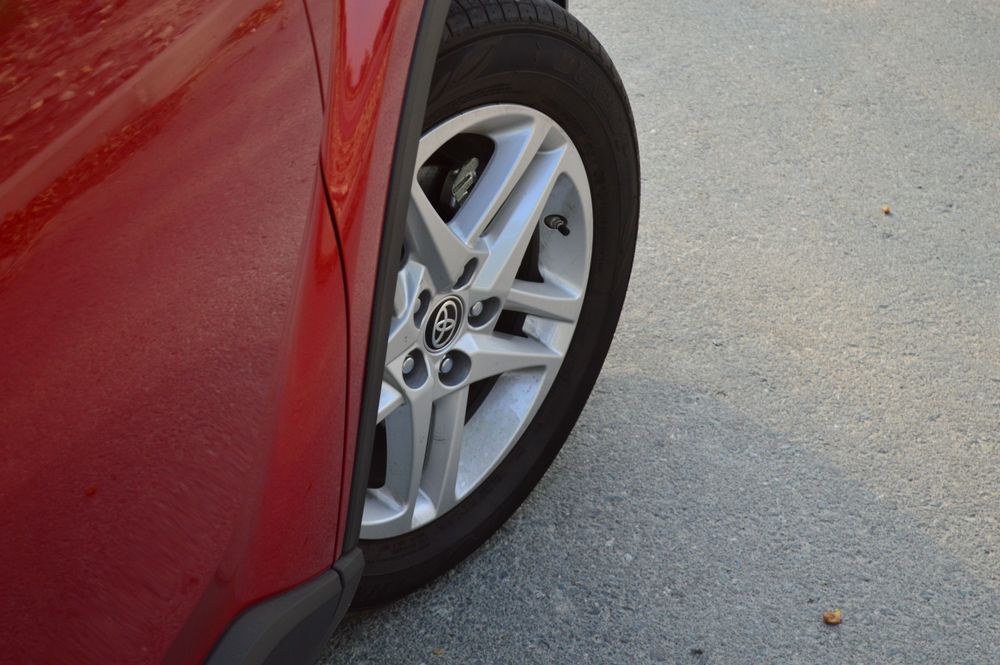 Being a hybrid, the C-HR is powered by a combination of a naturally aspirated engine and an electric motor. The 1.8-liter / 4-cylinder engine produces 97 horsepower while the electric motor produces an additional 71 horsepower. Add them up and you are looking at 162 horsepower in total but for some strange reason, the spec sheet shared on Toyota’s website only claims a combined output of 121 horsepower.

So, how much is it really making? Well, I am not entirely sure but let us keep the numbers aside and let me tell you what it feels like to drive. The fact that there is an electric motor means a few things. Firstly, it means that at slower speeds, the engine can switch off and you can run entirely on the battery-power alone, using zero fuel whatsoever.

But now you are probably thinking, well do I charge the batteries up? Do I need to plug it in and wait for 8 hours at a mall? Actually, no you do not and that is the best part about a hybrid, it combines the benefits of an electric vehicle with the convenience of a petrol-powered car. The battery charges in two ways: while coasting (which means every time, you lift your foot off the accelerator pedal and the car rolls forward) and while braking.

The engine is paired to E-CVT gearbox which means you will hear the droning sound that CVTs are known for under hard acceleration, but ease off the accelerator pedal and you will notice its benefits, the main one being fuel efficiency. Going by official numbers, Toyota claims the C-HR will drive up to 23.9-kilometers on a single liter of fuel and as you have probably already guessed, none of its competitors can claim to do so. 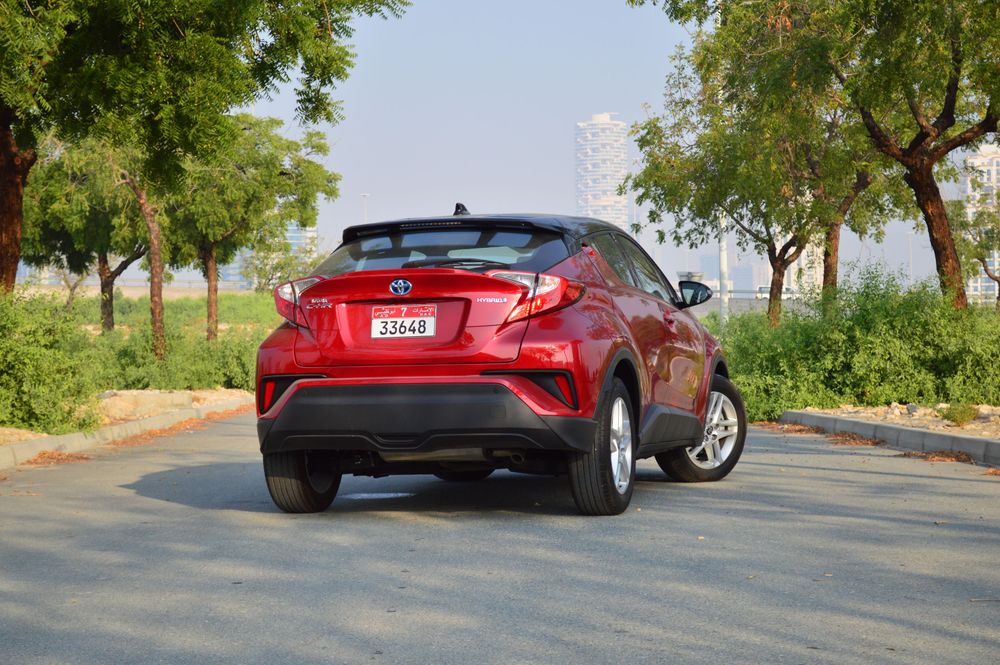 At 93,900 Dirhams, the Toyota C-HR is the most expensive amongst its rivals, but it is also the most fuel-efficient and it is the only hybrid in its segment. What we have proven once again then, is that exclusivity does not come cheap.