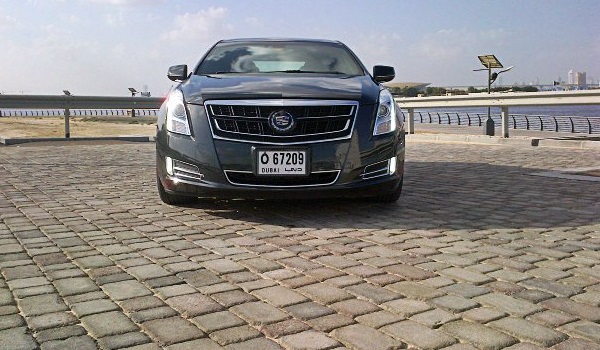 Cadillac has brought out a faster, twin turbo engine version of the XTS, called the XTS V-Sport. It has 100 bhp more power, some styling upgrades and some extra interior blings. Other than that it remains the same XTS. Who is the XTS V-Sport designed for? It is designed primarily for C Level executives who have no time and need a fast, comfortable, tech savvy saloon to transport them quickly from one place to another. They are less interested in the intricacies of the drive experience, they are more concerned with having a quiet, peaceful, comfortable, quick ride from one meeting to the next. The XTS accomplishes those objectives. The XTS V-Sport accomplishes them faster. 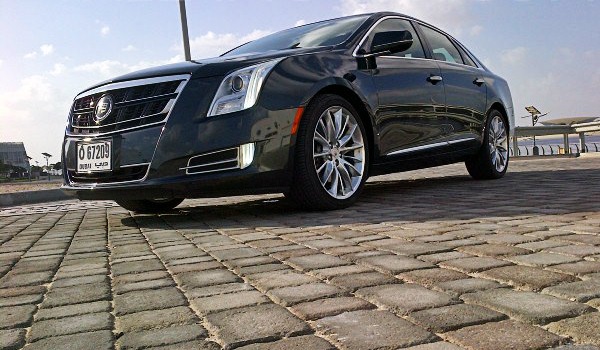 This is the most elegantly styled executive cruiser in it's segment, better than Mercedes E-Class, BMW 5 Series and Audi A6 who are relying on their past styling laurels. This is also a longer car compared to the aforementioned rivals, giving it a limosine like aura, very classy in my opinion. It does not have the sporty looks of Infiniti M56 or Lexus GS350, because the car does not belong with that DNA. Every style aspect, from the grille to the rear lights has a distinct Cadillac signature. Style is a very subjective area and a lot of people might disagree with my opinion but I truly believe Cadillac has styled the XTS perfectly in line with the requirements of it's target audience. There are small touches, like the illuminated door handles, that make the XTS stand out, particularly in the dark where the HID lights and LED high mount stop lamp create a dominating yet elegant aura. 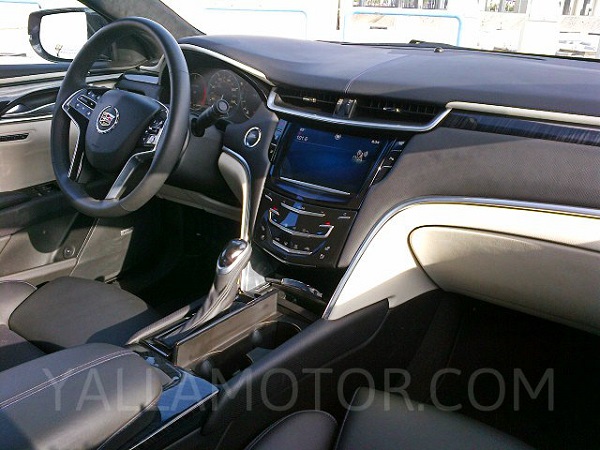 In my experience, the XTS interior material finishing is world class. It is definitely on par with, if not better than BMW and Mercedes-Benz. It is an all leather wrapped interior, with premium wood trim on door panels, center console, steering wheel, instrument panel and center stack.

Cadillac XTS features rear entertainment fold up screens behind the front seats, similar to BMW 5 Series. It also features parallel park assist, adaptive brakes, adaptive cruise control and the CUE system with 'haptic touch' screen. I must say this CUE touch screen takes a little getting used to. In some areas, like opening the dash box (which, by the way is also haptic touch based) I found it required multiple touch tries before it actually opened. In other areas, like radio settings, the screen was a tad too responsive which meant every little brush with the screen resulted in some disruption. It's possible to adjust these things, however the system overall could be a bit more intuitive. In this particular aspect I really like the infotainment system of Mercedes-Benz which is very simple and intuitive. The audio system is Bose Surround Sound System with 14 speakers. The multi information display screen is 12.3 inches which is huge. The navigation system is 3D and very easy to use. Finally the head up display comes with color readouts as well. All this makes for a feature laden luxury cruiser which will out-numbers it's feature set at least compared to Mercedes E-Class and Infiniti M56. 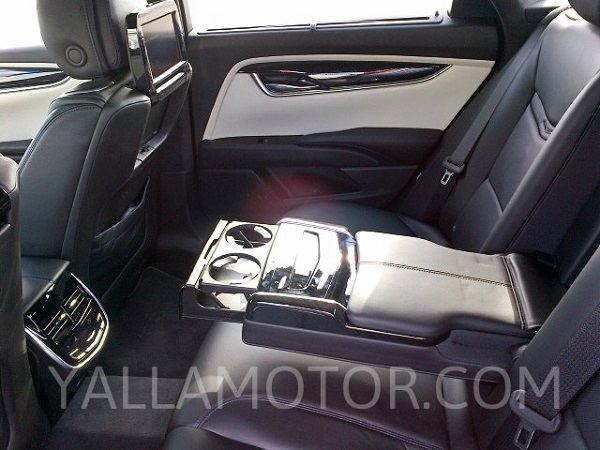 The XTS V-Sport can comfortably seat 5 adults and has a cargo room of 509 liters which is only bettered by the upcoming 2014 BMW 5 Series 550i. It beats everyone else on cargo room, including Infiniti M56, Lexus LS, Mercedes E-Class and Audi A6.

I love the vibrating seat alert for lane changes and blind spot warnings. It's a fantastic way to alert the driver. Mere blind spot indicators or little flashes of light can be missed but a literal buzz in your butt never fails! The XTS also features visual and audio alerts for lane changes and blind a spots. In addition, there is parallel parking assist and forward collission alert. It's not best in class though. BMW and Mercedes-Benz have more safety features and gadgets (such as Attention Assist and knee bags, to name a couple). 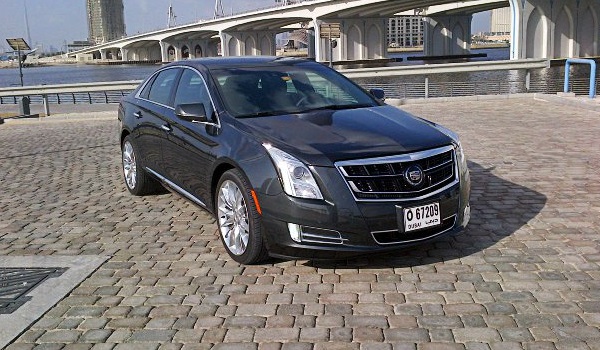 This is the reason why V-Sport was launched; to provide a more powerful alternative to the regular XTS. The twin turbo variant churns out 440 horsepower and 500 Nm torque, a lot of power for a highway luxury cruiser. It makes Dubai - Abu Dhabi trips seem like a short walk to the grocery. For a price tag of 290,000 AED there aren't many luxury cruisers who would offer this kind of power. The only real rival is the upcoming 2014 BMW 5 Series 550i V8 Sedan which will generate 450 HP and over 600 NM torque, albeit at a much higher price tag.

Cadillac claims to have the fastest reacting suspension in the world, Magnetic Ride Control. It's extremely comfortable, again perfect for the CEO who wants to sit in the backseat and go through the latest Fortune issue without having to experience bumps along the way. The suspension can be adapted for a sportier ride via Sport Mode but it's pointless because even in Sport Mode it doesn't even come close to a sporty ride. And why should it? It's not meant to be a sporty drive. On sharp corners, expectedly, the body roll is felt and the XTS struggles. As mentioned before, this car is not designed for precise cornering and lively driving. Instead, it's meant for fast, straight line highway bursts with maximum comfort and minimal hassle.

The XTS V Sport is 40-45K AED more in price compared to the regular XTS. Since this is an out and out highway cruiser, it's a good upgrade to have IF long highway trips are frequent in your routine. Otherwise, save the money and opt for the regular XTS which has pretty much everything that a V Sport has in terms of interior options. The world class interior and executive styling make this a solid competitor to the E-Class and BMW 5 Series.