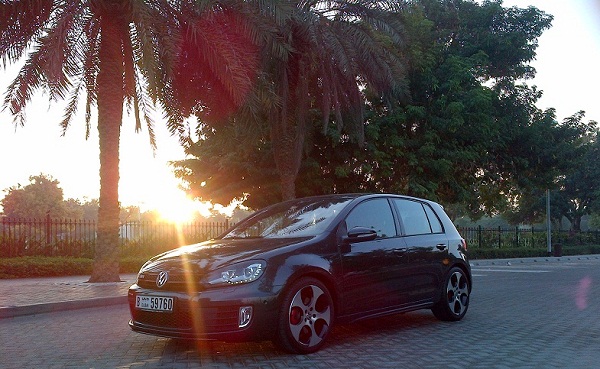 The sixth incarnation of the Golf GTI has a lot to live up to, with sales of its predecessors surpassing the 1.7 million mark. Originally built in a limited run of just 5,000 cars, the Golf GTI has become something of a benchmark for sporty hatchbacks. As this next-generation Golf GTI becomes available to buyers across the Middle East, we decided to put it through its paces:

It’s no secret that this car was originally designed to appeal to drivers who love high performance hatchbacks, and this ethos has driven development of the model ever since. The latest GTI is faithful to this approach, and is sure to be a big favourite among young men in their late twenties and early thirties.

Power is here for sure, but this turbocharger does not go against Volkswagen’s generally green credentials, endowed as it is with impressive fuel efficiency.

This Golf’s sportiness sets it apart from your standard hatchback by some way, offering a much more exciting drive than, for example, the Alfa Romeo Mito – although the Alfa Romeo does have more interior space than its German rival.

The MKVI also offers a sportier ride than its other rival, the Peugeot 208, thanks to its firmer suspension. The more sedate 208 will be more of a favourite among non-sporty riders looking for more comfort, whereas the GTI will appeal to those who adore performance.

When compared to its sportier rivals, the GTI delivers more horsepower and torque than both the MINI Cooper and the Audi A1 – garnering a good deal of road respect. If this wasn’t enough to win over anyone considering a GTI, then the much more competitive price tag will.

The interior offers comfort and technological features in abundance, with sporty, hugging seats that are as pleasant to sit in after several hours as they are after several minutes. The fabric upholstery version boasts an energetic tartan on the seating known as Jackie, while the Vienna interior is ideal for those who prefer leather in their car. The quality of the interior gives one the impression of being in a far more expensive vehicle, with brushed stainless steels pedal caps, bold black-on-metallic decorative inserts and a general feel of quality in the choice of materials and fittings used in the car.

Safety, too, was high on the agenda of the MKVI’s designers, with whiplash head restraints created to counteract the effects of whiplash in the event of an accident. 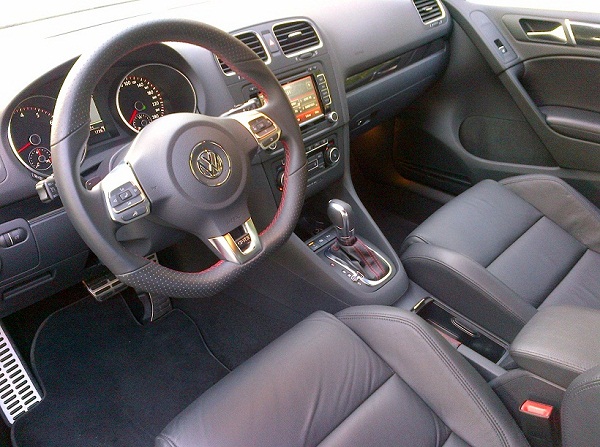 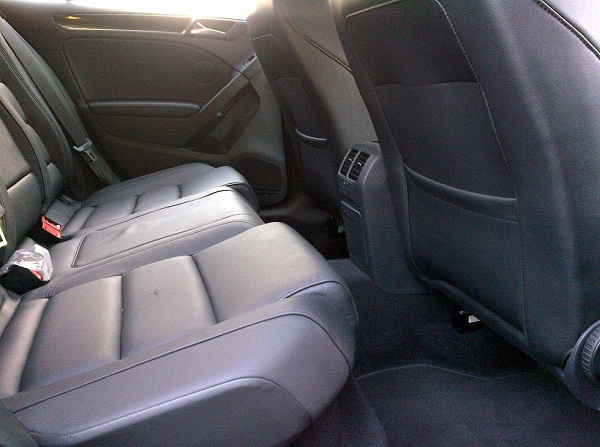 The updated exterior styling works very well, keeping the essence of the original GTIs, but ensuring it is imbued with a 21st century velocity that is sure to turn heads. Its body shape distinctly sets it apart from its rivals; this is still no ordinary hatchback.

The new Golf GTI does exactly what it is supposed to do: attract those with a passion for quick, sporty cars that are fun to drive, but who appreciate superb workmanship and first class reliability. Those seeking a sedate urban hatchback for their family should perhaps look elsewhere.