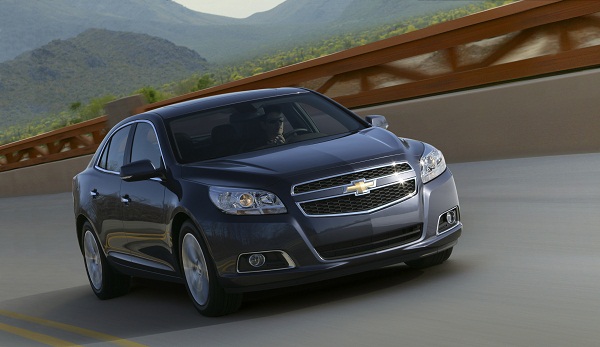 The Chevorolet Malibu has been a mainstay of the US car industry for as far back as 1978. Now in its eighth incarnation, the Malibu has perhaps surprisingly been restricted to North America markets, but as of next year, the Malibu will be available across 100 countries -- including the Middle East -- for the first time.

Featuring a four-cylinder engine and a six-speed automatic transmission, the Malibu is a tough, protective mid-sized, four-door sedan, which offers compact and agile handling comparable to any car in its category.

The new Malibu will come in four versions - the 2.4L LS, LT and LTZ, and a 3L LTZ - each with a wider wheel-base and more direct steering than its predecessors. For our road test, we used the top-range LTZ version.

While the 2013 Altima came out guns blazing with improved interiors, it became apparent that interior finishing will be a key battleground for all mid-sized sedans. So we start off the war on this front:

We were immediately impressed with the interior finishing: the wood panel trim and comfortable seats were of high quality and were stylishly lit by soft, ice blue ambient lighting that illuminated the dashboard. We also really liked the rear arm rest with storage standard on all versions.

We were also pleased with the push-button ignition, although wondered why the more basic models don't come with this as standard. After all, the Nissan Altima, a serious competitor, offers this feature throughout. Moreover, the Malibu is found a little wanting in the safety department too. Only a driver airbag featured as standard feels a bit of an oversight, although a passenger airbag is "available". Only in the top range do we find air bags for front and rear. Rear seat belts are non existent throughout, although rear park assist and a rearview camera are available as extras.

Good job, then, that The Malibu has won praise for its strong brakes, boasting an admirable 41m stopping distance from 100kph -- a full 2.4 meters shorter than the current model. If the worst happens and the Malibu crashes, at least the stiff body structure -- composed of 65% high-strength steel -- should do its bit to protect. Chevrolet say that the new Malibu is 20% stiffer than the current model.

Our reservations were further assuaged once we put our foot down. Featuring an extremely efficient 2.4L Ecotec four-cylinder engine and an assertive 3.0L V6 engine the Malibu is no shrinking violet and we found it to drive very smoothly. The road handling was excellent, thanks to variable effort power steering available on the LTX, our model negotiated curves as well as any Alpine skiier.

The new model is also more fuel efficient, thanks in part to developments in the body's aerodynamics. Less wind drag has improved the fuel economy by as much as 2.5mpg (4.02kpg) which helps achieve a fuel efficiency comparable to both the Corvette and even the Volt electric car.

The little extras are also notable. The Malibu features the Chevrolet MyLink, a touch-based system that connects gadgets wireless and features a storage compartment behind the screen. Most importantly the system was intuitive and it allowed us to concentrate on the road ahead.

In all, the Malibu is a chunkier, more rigid and yet more nimble version than the previous incarnations. It will win praise for fuel-efficiency and for some fancy techy features. But its not the best in class for safety features, unless you opt for the top range version, or add expensive extras. 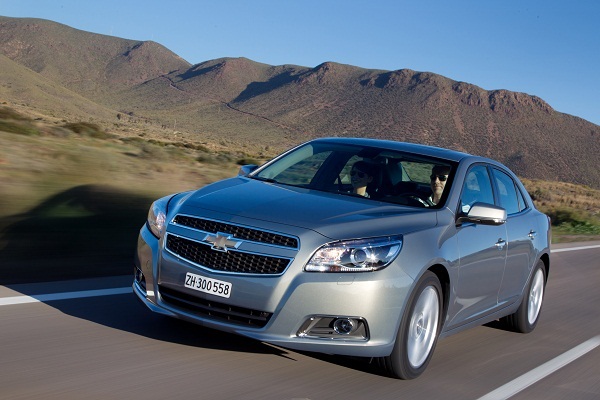