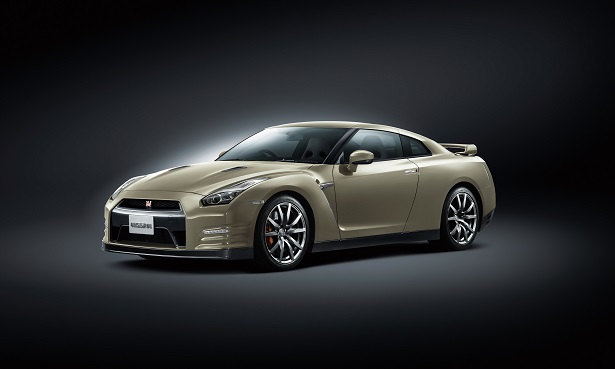 Nissan Motor Company has announced the limited edition ‘45th Anniversary’ Nissan GT-R. This new edition will be available to the consumers in February – with the 2015 Nissan GT-R.  It is basically the same GT-R with a different paint job – called ‘Silica Brass’ – which pays tribute to the R34 M-Spec released in 2001. This limited edition GT-R will only be available in the Premium Edition trim level with an exclusive emblem in the interior and an exclusive plate number in the engine compartment. The orders will be accepted by Nissan for the 45th Anniversary edition early next month – on a first come, first serve basis.