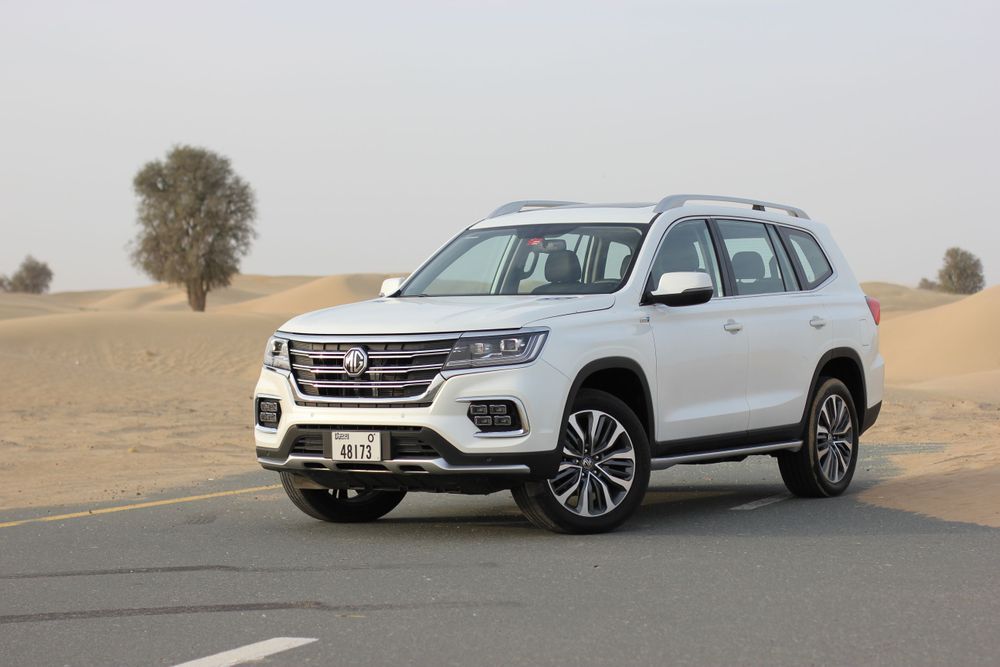 If you’re someone who believes that Chinese automobiles are hideous to look at, then the MG RX8 will be happy to prove you wrong. Big and bold, the RX8 has a strong presence to it. The proportions are perfect, and it certainly looks the part of a premium SUV, especially with LED headlamps, LED foglamps, LED taillamps, and 20-inch dual-tone alloy wheels filling the wheel wells. 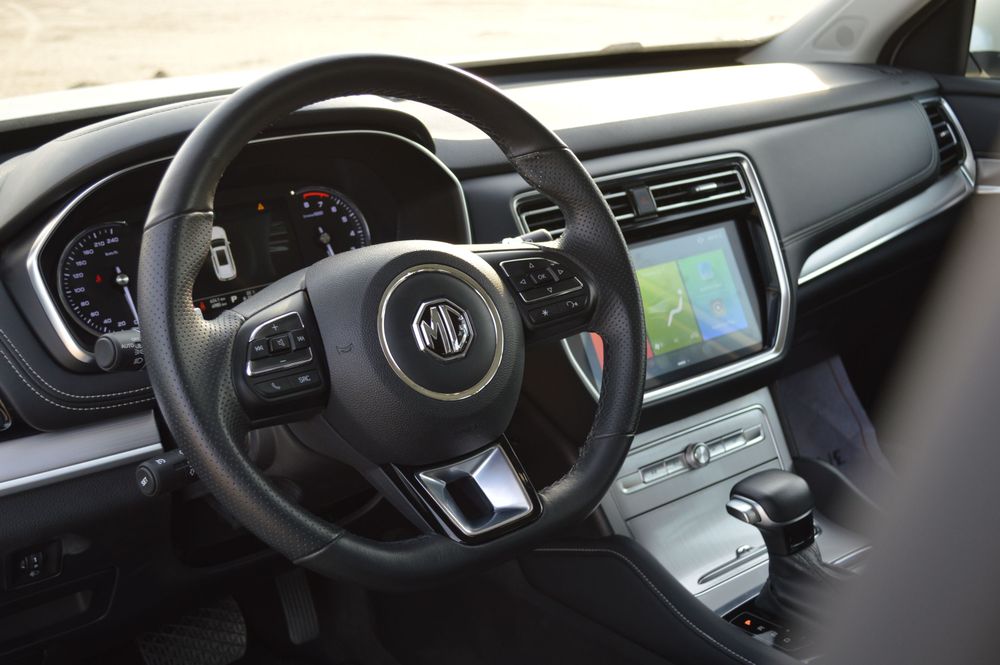 Refreshing and modern, the cabin of the MG RX8 is very simple and clean without too many buttons ruining the design. The quality is decent, and I use the word ‘decent’ very carefully because there is quite a bit of plastic (and it is flimsy) but at least it’s covered in leather.

Space in the second row is impressive with lots of headroom and legroom, and the seats are genuinely comfortable with a practical 60-40 split. They do slide forward and backward and recline for that extra bit of comfort. 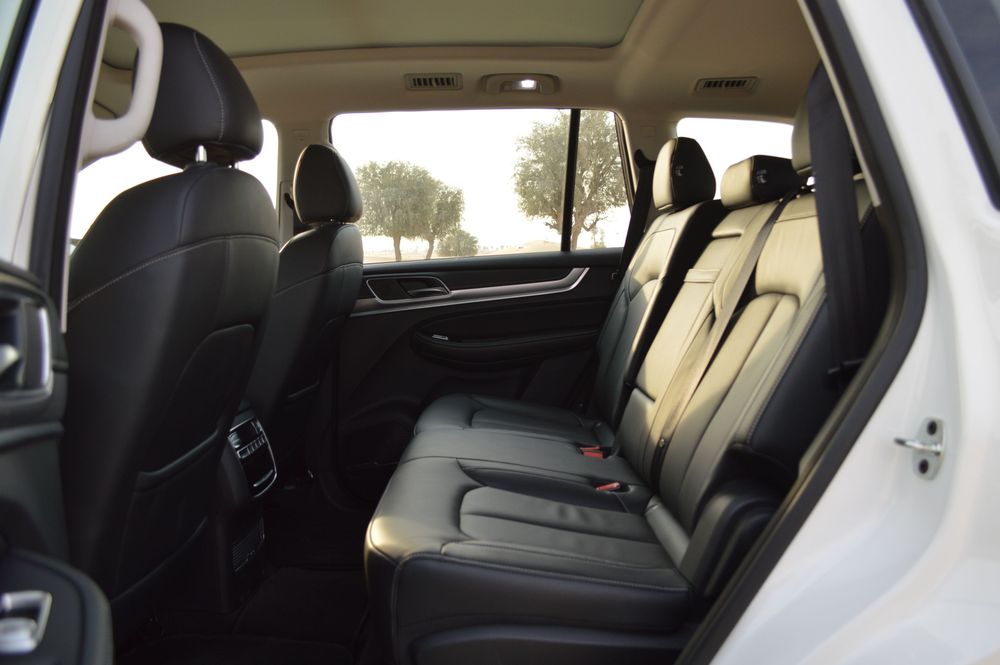 What’s worth highlighting is that while those in the back get a USB charging outlet and a 220V outlet to connect things like their laptop, MG has carried out an intelligent split for the dual-zone climate control system. What I mean by that is the driver and front passenger get one temperature adjustment and those in the back get another. It’s different and I’ve never seen such a split before.

In the third row, space is good enough for average sized adults even though they wouldn’t necessarily choose to sit there on long road trips. Fold both the third and second row flat and storage space comes up to 2,178 liters, which to put into perspective, is a lot more than the Kia Sorento but not as much as the Nissan Pathfinder. 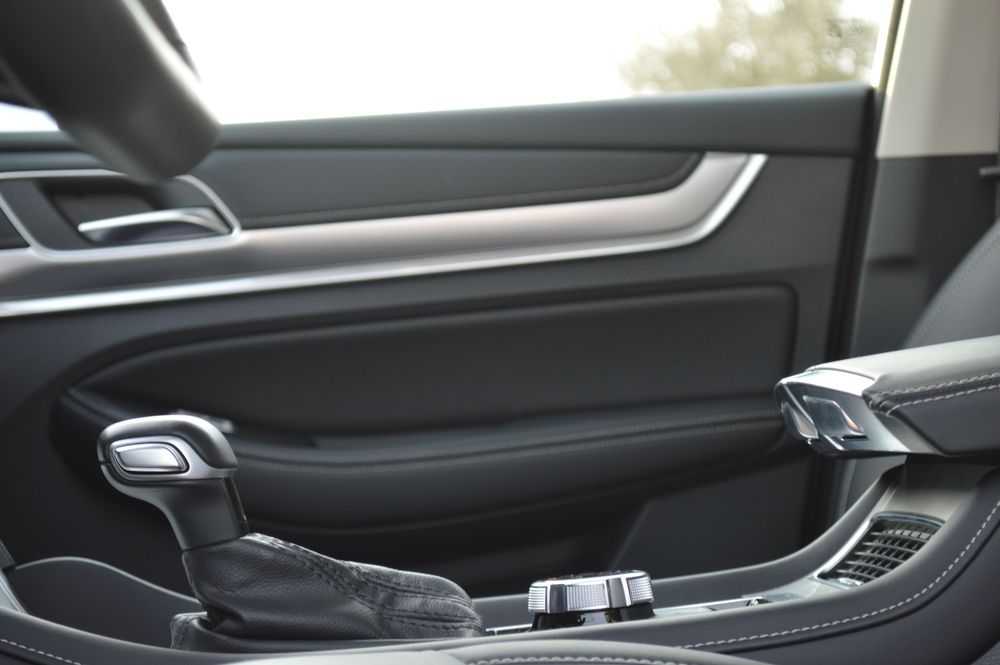 Feature-packed vehicles have played a key role in MG’s success and the RX8 is no exception. This full-option model comes with a lot of features you can brag about, especially since your friend’s more expensive car is unlikely to have them. You’re looking at a 7-inch digital display in the instrument cluster, a 10.1-inch infotainment screen, Around View Monitor, Wireless Charger, Panoramic roof, and memory seats with heating and cooling.

Just in case they still aren’t impressed, there is one more feature that no other manufacturer seems to offer. What do you think it is? Apple CarPlay, Android Auto? Nah, that’s there too, but what the RX8 offers is screen mirroring…wirelessly. Think about it; you just enable screen sharing on your mobile phone and the entire display gets projected onto the infotainment screen. It’s quick, easy, and the best part is you don’t require any cables.

What definitely needs some work, however, is the sound modulation when listening to the radio or streaming through Bluetooth. What do I mean? There’s particularly two problems that I’ve noticed during my very short time with the RX8. 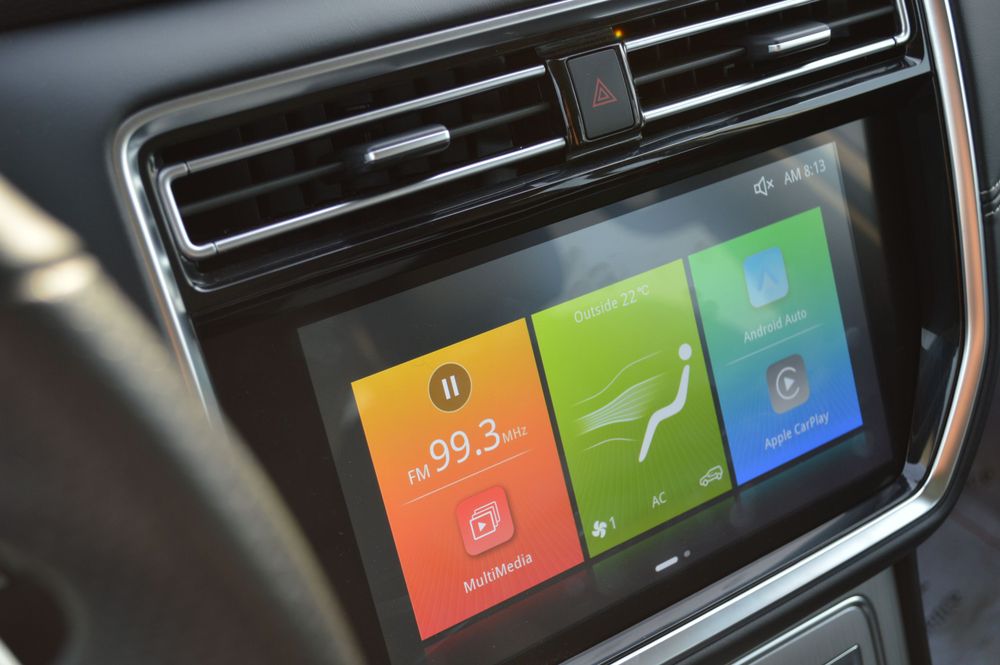 Secondly, there’s the volume. Now I’m not sure if this was tested before leaving the factory but let me better explain how this works. Set the volume to the first point and it’s already a little too loud to have a conversation. Dare to set it to the second point and it’s loud enough to imitate your favorite night club. Accidentally set it to the third point and you better be on your way to an ENT specialist. 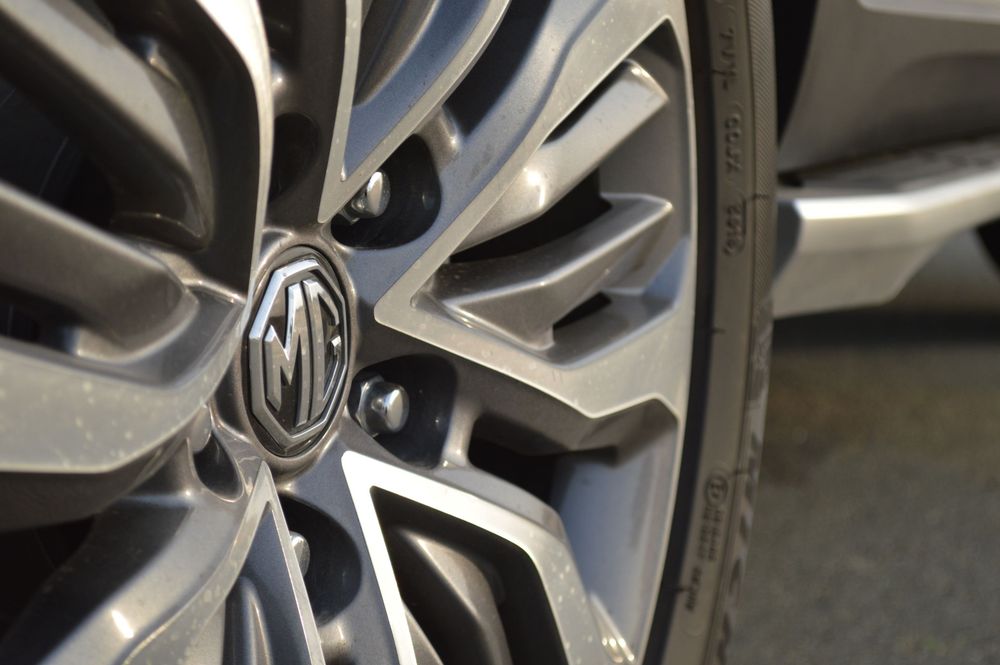 Powering the RX8 is a 2.0-liter turbocharged engine that pushes 220 horsepower and 360 Nm of torque through a 6-speed automatic transmission to all four wheels. Built on a body-on-frame chassis, the RX8 drives like a proper, rugged SUV and offers ground clearance and wading depths to match. The 800mm wading depth is almost double that of the Nissan Pathfinder and 100mm more than the legendary Nissan Patrol.

The rotary dial along the center console is what is used to shuffle through the six drive modes the RX8 has to offer. There’s Auto which automatically decides what terrain you’re driving over and how much power to give each wheel. Then there’s a 2-High and Sport for when you’re on tarmac, and dedicated Snow, Off-Road, and 4-Low modes when you wish to explore the unbeaten path. 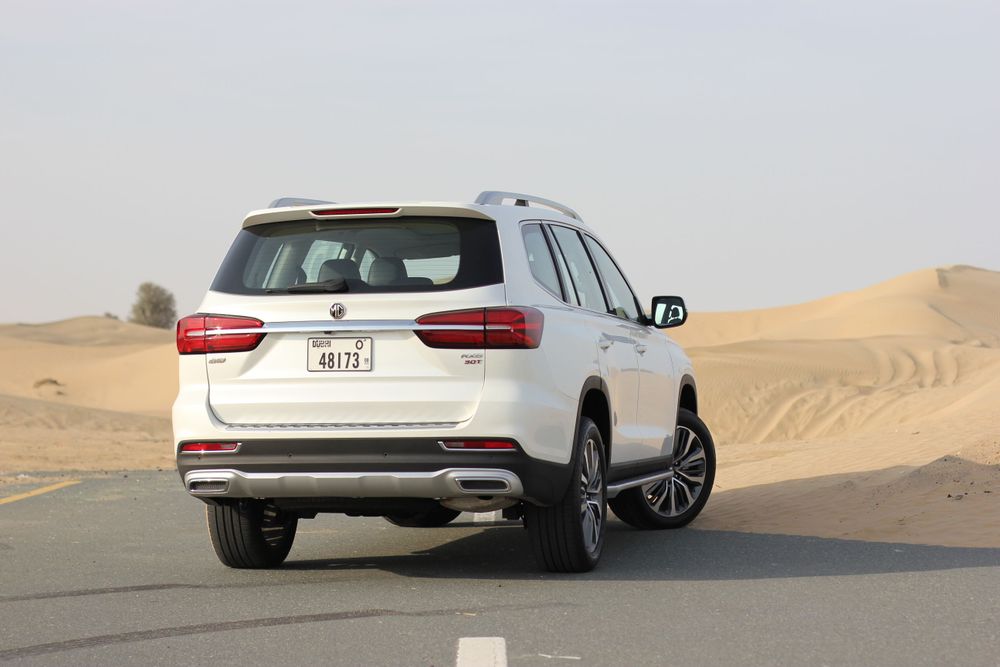 If there’s one brand out there that seems to know what they are doing in the tough market conditions we have today, it would have to be MG. Although the RX8 isn’t perfect, it does offer a great design, seven comfortable seats, and plenty of features, all for just 99,750 Dirhams. Bundle this with a 6-year / 200,000 km manufacturer warranty and you quickly realize why it’s destined to succeed, because as a package, it’s something its rivals fail to match.