The MG 6 is a Chinese car with a British history, it costs 73,000 Dirhams, and today you're going to find out if you should have one of these over more popular cars such as the Honda Civic, Kia Cerato, and Toyota Corolla. 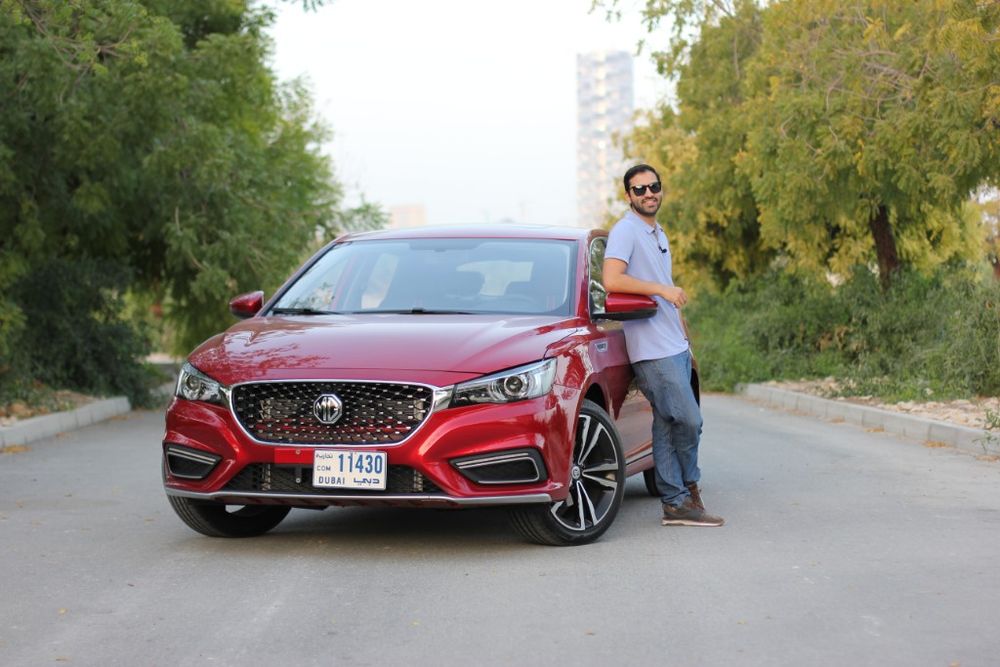 Now, the MG 6 has taken inspiration from a lot of other cars. The front, especially around the headlamps and grille, resembles a Mazda. The rear (around the taillamps) resembles a Mercedes-Benz, but what’s important is just how well it all comes together.

You can't deny it, the MG 6 is a good-looking car. Its fastback design is a welcome change to the segment. Its large 18-inch alloys fill the wheel wells nicely, and its bright Racing Red color definitely helps it stand out from its lesser exciting Japanese and Korean rivals. 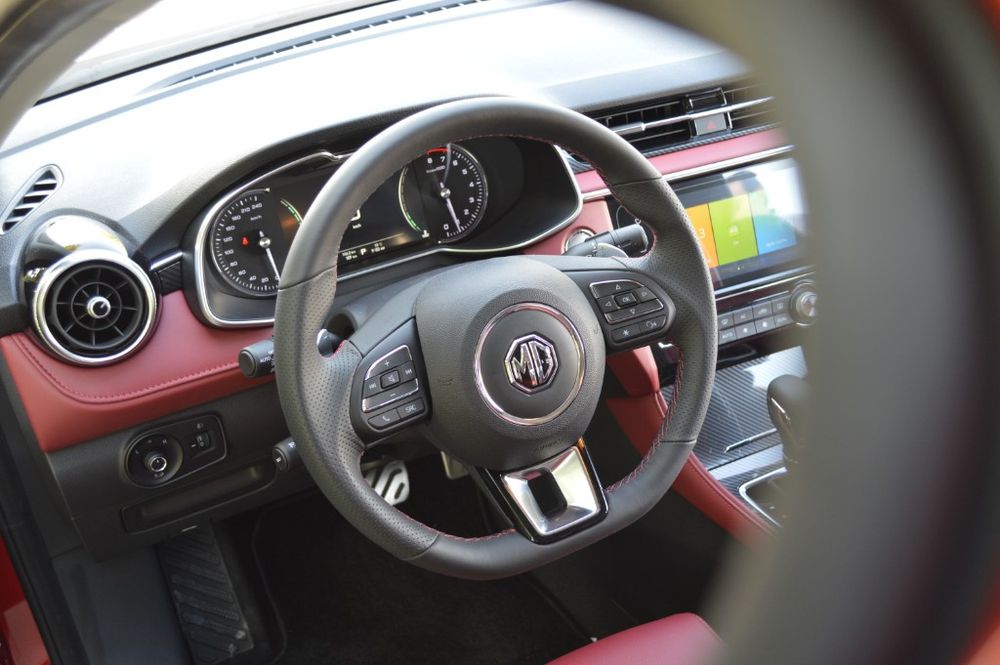 Good looking on the outside and good looking on the inside. The MG 6 flaunts the aura of a sports sedan with red and black leather, aluminum pedals, a flat bottom steering wheel, and carbon fiber trim along the center console and door panels. While quality isn’t great (particularly in the lower parts of the cabin) the design is definitely right on point.

From a rear seat passenger’s perspective, things are good but could be better. There's rear A/C vents, leather on the door panels, and though headroom and legroom are enough they aren’t as much as its rivals offer. In fact, at 424-liters, the boot of the MG 6 is also the smallest when compared to the C-Trio, the Civic, the Cerato, and the Corolla but accessing it is the easiest. 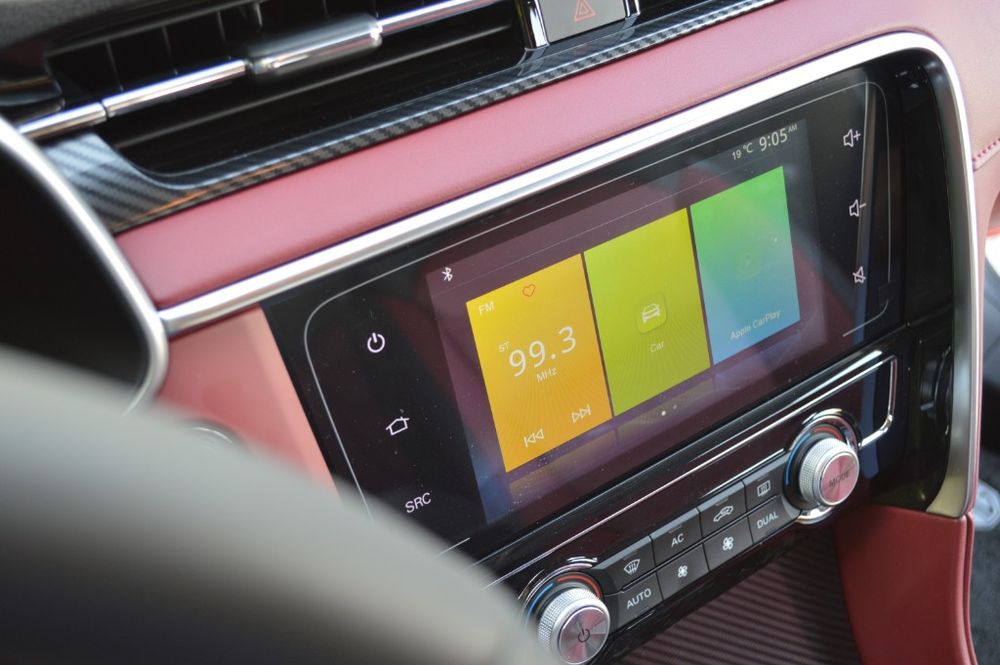 Better equipped than most of its mainstream rivals, the MG 6 offers numerous comfort and safety features, just some of which are a 6-way power adjustable driver’s seat, a 4-way adjustable passenger seat, dual zone climate control, and a cooled central storage box. The MG 6’s 5-star C-NCAP rating is complimented by a rigid body structure and features such as a tire pressure monitoring system, ISOFIX points, a rear camera, push button ignition, cruise control, and speed limiter.

On the entertainment and tech side of things, there’s a nice digital screen embedded into the instrument cluster and an 8-inch infotainment screen that gets paired to a 6-speaker audio system. What’s interesting is that while there is Apple CarPlay, MG has omitted Android Auto. 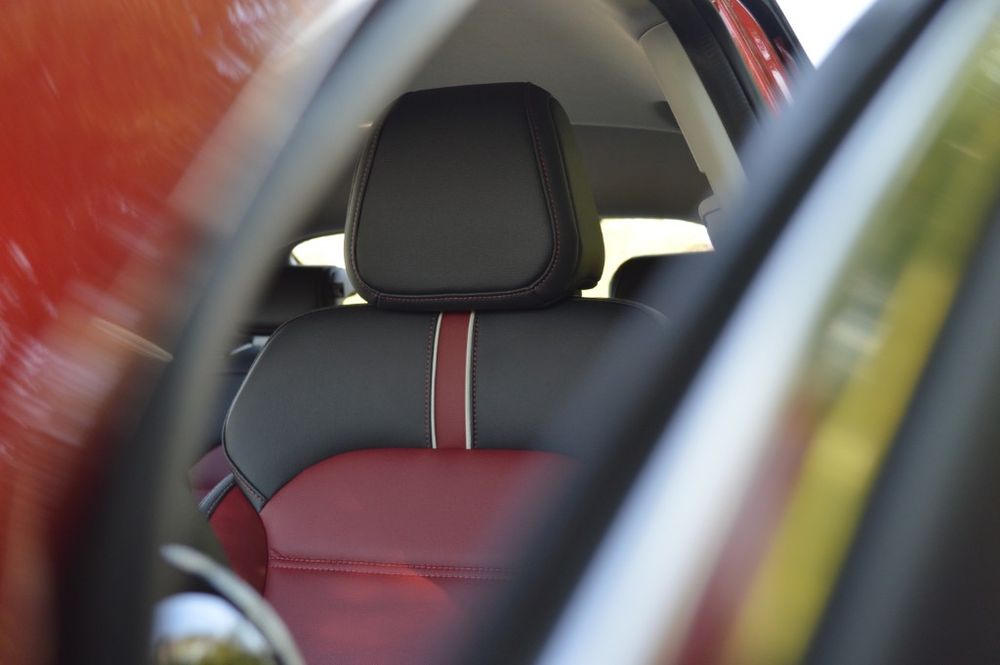 Despite the badge on the back reading ‘20T’, the MG 6 is not equipped with a 2.0-liter engine. What it is equipped with, is a 1.5-liter turbocharged unit that balances power and fuel efficiency very, very well. Pushing 167 horsepower and 250 Nm of torque through a 7-speed dual clutch transmission, it hits 100 km/h in just over 7 seconds and can also average just 5.8-liters for every 100 kilometers. To put into perspective, that makes the MG 6 more powerful and more efficient than its Japanese and Korean rivals. Also worth highlighting, is the insulation when driving at city speeds, making the MG 6 feel like a significantly pricier car.

In Sport mode, the speed-o-meter turns into a furious red, the sensitivity of the accelerator pedal increases, and the steering becomes a tad tighter. While it isn’t much, it is worth mentioning since rivals such as the Corolla and Civic don’t offer much in the way of drive modes. Having said, the turbo does behave a tad strangely when in Sport mode. Despite letting go of the accelerator pedal, it continues to accelerate at the same rate for a second or two before noticing and begin decelerating. 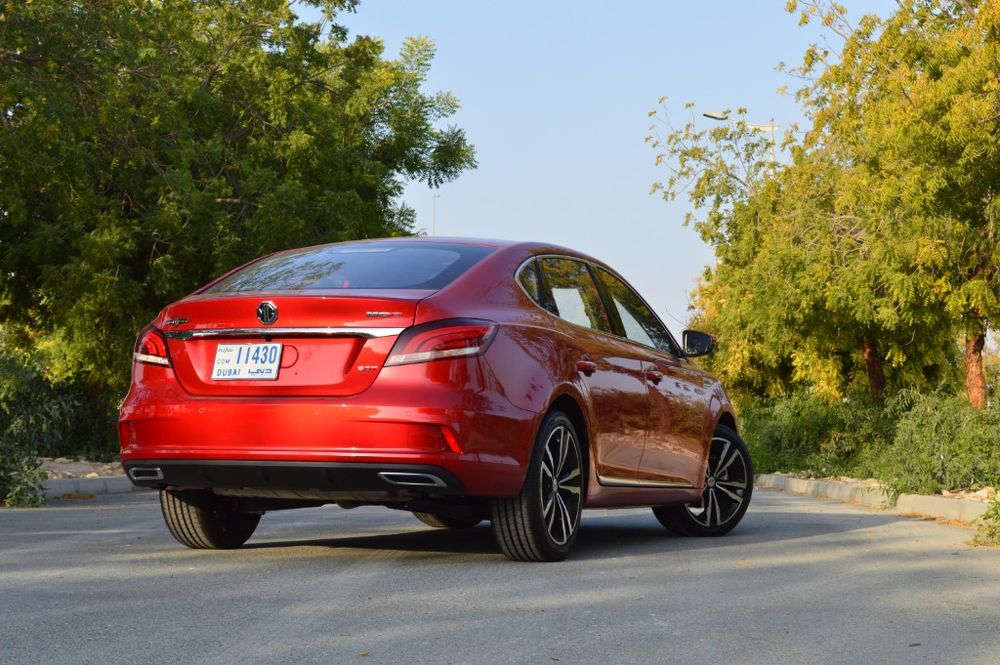 Chinese cars -on the whole- are improving and you cannot deny it. Their designs are becoming nicer, their technology is becoming better, and the way they drive is definitely becoming more engaging. The MG 6 is one such example, and at 73,000 Dirhams it’s a good car. The only speed breaker in the MG 6’s road to success is the fact that the better-established rivals such as the Kia Cerato and Honda Civic are just around the corner at 78,000 Dirhams and 84,000 Dirhams respectively.