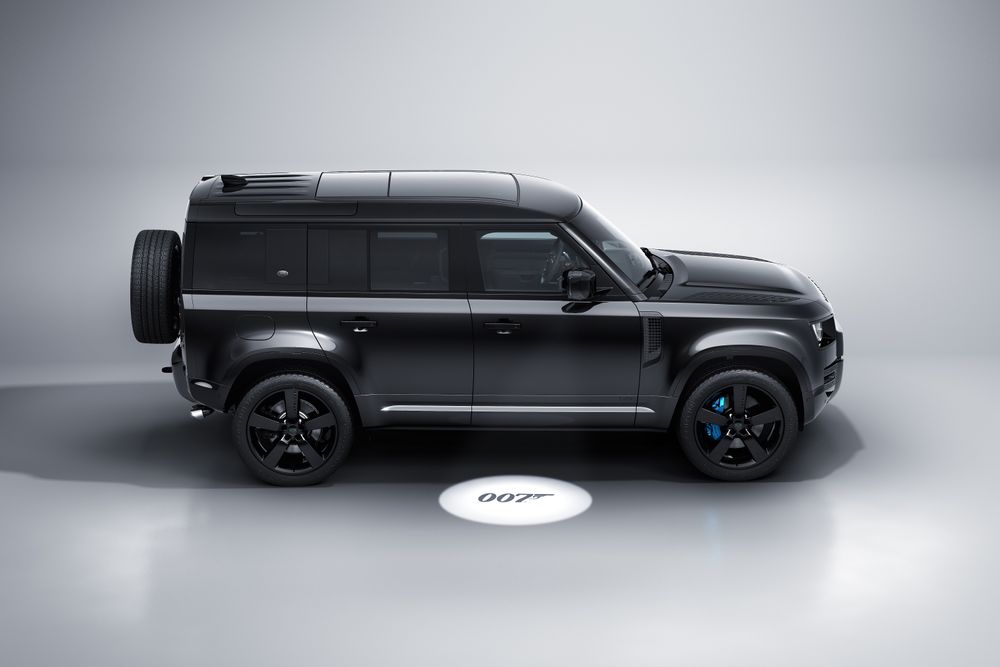 As one of the all-time greats in the world of 4x4s, the Land Rover Defender was brought into action way back in the early-1980s. However, with so many 4x4s coming out in the years since, it was high-time that the British marque did something. Therefore, in late-2019, out came the all-new and latest-generation Defender – this one would be built around Land Rover’s modern D7x monocoque architecture, instead of the old body-on-frame technique. 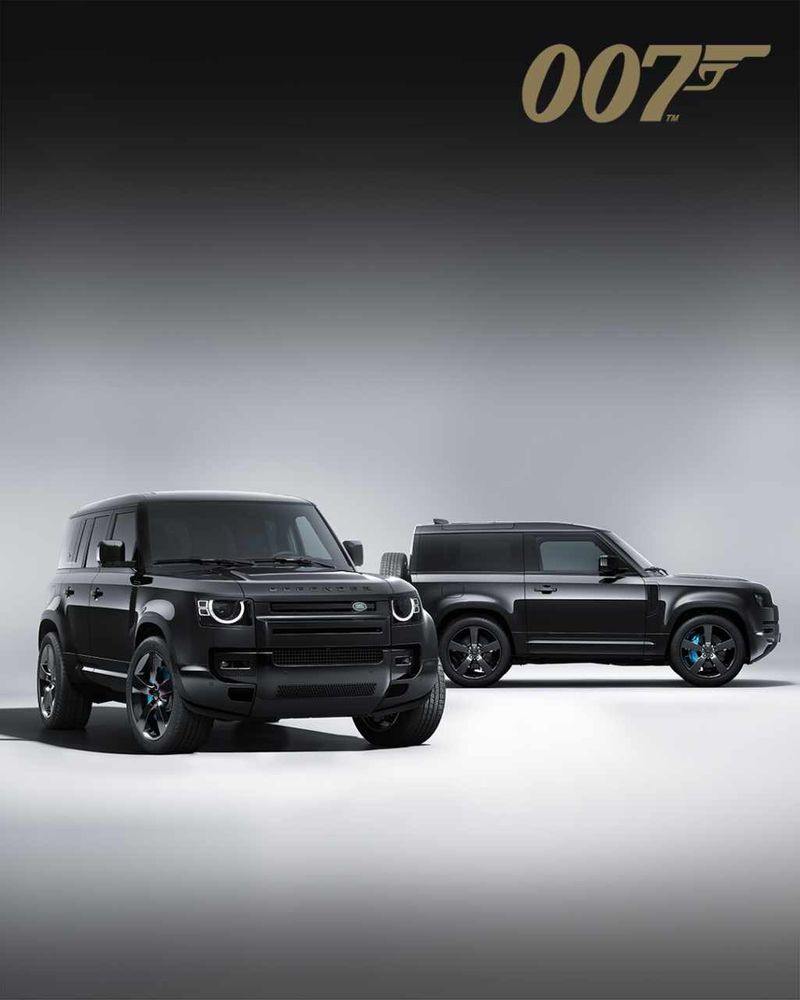 For a long time, Jaguar Land Rover (JLR) vehicles have been a part of James Bond movies. While Aston Martin has a thing or two to say about this too, this time around, it’s the recently launched and limited-run Land Rover Defender V8 Bond Edition that gets to be under the limelight. If you weren’t aware, James Bond’s next flick, titled “No Time To Die”, releases on October 7. Meanwhile, Land Rover has already launched the Defender V8 Bond Edition in the UAE. Oh, and just like the standard Defender, the Bond Edition is also available in 90 and 110 variants.

While the standard Defender V8 looks modern and stylish, the limited-run Bond Edition takes styling to the next level – Bond level, if you must. To begin with, the whole exterior features, what Land Rover calls, the Extended Black Pack. This means that there’s loads of black paint all over the place, with splashes of grey in some key areas such as the front grille, lower bumper garnish, and the rear bumper. Of course, you could have these finished in the menacing black color as the rest of the car as well.

On top of all this, Land Rover has equipped the Defender V8 Bond Edition with exclusive 22-inch gloss black Luna alloy wheels. In fact, the front wheels come with cool-looking Xenon Blue brake calipers that provide a striking contrast to the rest of the side profile. Furthermore, there’s a ‘007’ badge on the tailgate and wing mirrors that also project the ‘007’ logo onto the ground below. If it looks so swanky and badass in photos, imagine what the real deal will look like!

Before you even step inside the cabin of the Defender V8 Bond Edition, the first thing to grab your attention will be the exclusive illuminated treadplates that sport the ‘Defender 007’ branding. This looks pretty nice during the day, but it looks even better once the sun goes down. Land Rover has also tweaked the initialization process of the Defender’s Pivi Pro infotainment system, so it now boots up with a special ‘Defender 007’ start-up animation. I reckon James Bond will like this quite a bit.

However, to really drive home the point that this is a limited-run model, Land Rover has gone ahead and laser-etched ‘one of 300’ inside the cabin of every Defender V8 Bond Edition. I suppose it would have felt even more exclusive and special if the marque had actually specified the exact unit number – ‘1 of 300’, ‘2 of 300’, ‘299 of 300’ etc. But, knowing that you own one of only 300 units of this Bond movie-inspired Defender will still feel quite special, I reckon. At the end of the day, each one of these 300 Defender V8 Bond Edition units would have been commissioned by Land Rover’s SV Bespoke division (and its so-called “vehicle personalisation experts”) in the United Kingdom. 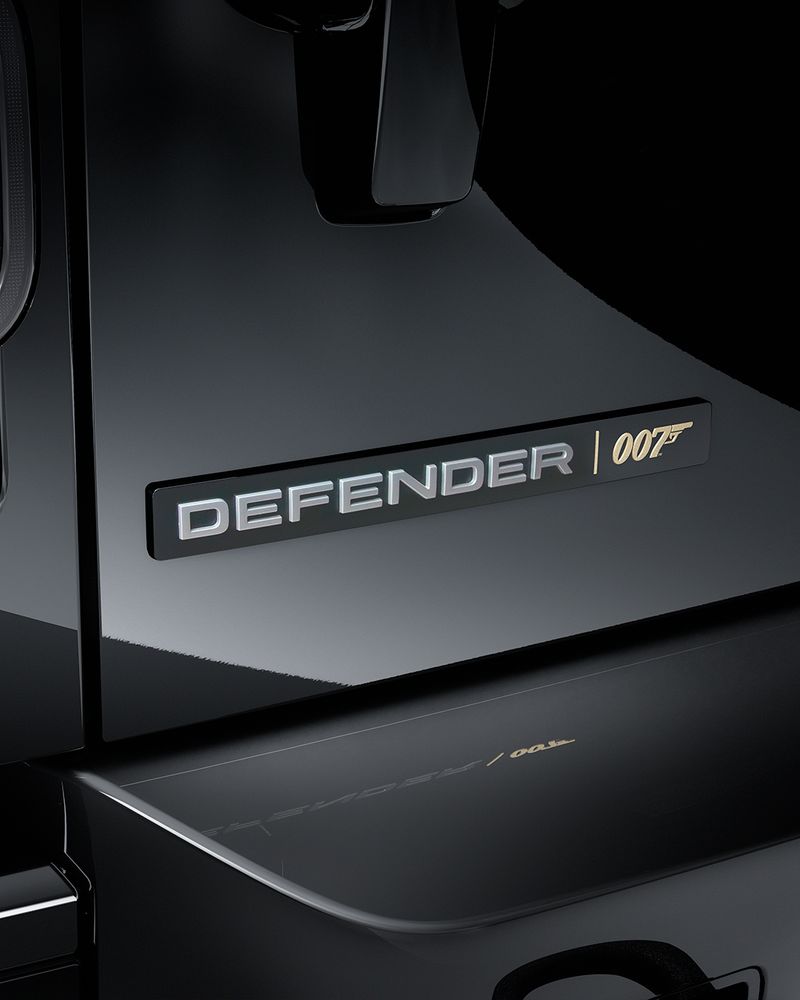 What’s a Bond-inspired vehicle if it can’t outrun or keep up with the baddies?

If you’re worried that the Defender V8 Bond Edition might be a slouch, you’d be wrong. This is because Land Rover has plonked a throaty 5.0-liter supercharged V8 petrol engine that chucks out 518hp and 625Nm of maximum torque. Supported by an 8-speed automatic gearbox that smartly channels the V8’s oomph to all four wheels via the brand’s intelligent Terrain Response system, the Defender V8 Bond Edition will take you from naught to 100 kmph in a smidge over 5 seconds. As for its top speed, this Defender will clock 240 kmph without throwing many tantrums.

To ensure that the wannabe Bond in you doesn’t veer off course, the Defender V8 Bond Edition comes with an Electronic Active Rear Differential, reworked suspension with custom spring and damper rates, and a retuned transmission over the lower variants in the Defender family. Of course, these mechanical upgrades are not specific to the Bond Edition, since all V8 variants of the new Defender get the same treatment.

Should you buy the Land Rover Defender V8 Bond Edition?

If you love James Bond movies and/or the new Land Rover Defender, then this limited-run avatar of the brand’s legacy-rich 4x4 should definitely be on your list. I mean, it’s Bond… Defender Bond, am I right?