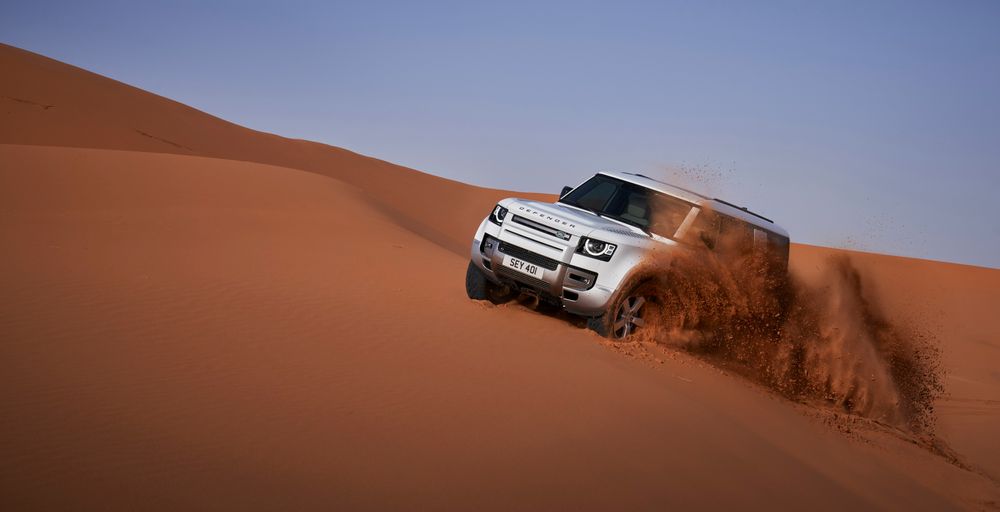 The Land Rover Defender lineup will be welcoming a new member on May 31 when the British carmaker will pull the covers off the 130. The Defender 130 features 8 seats in a 2-3-3 configuration and is being teased by Land Rover as an ‘unstoppable explorer’.

Land Rover has remained coy regarding further details about the Defender 130 but it released a teaser image of the Defender 130 showcasing its off-road prowess scaling a sand dune. The British marque says the Defender 130 will be the premium off-roader of the range and it will boast an advanced integrated chassis technology seen in other Defender variants.

There’s no word regarding the engines but expect the Defender 130 to initially have the current lineup of Land Rover engines like mild hybrid powertrains and twin turbo V8. More engines will be available later.

The Defender 130 will have a length of 5.1m and look to rival SUVs like the Audi Q7, BMW X7, Cadillac Escalade and Jeep Grand Wagoneer.

The Land Rover Defender 130 will be available to order on May 31 after its full debut.