Is a Toyota Fortuner a 4x4 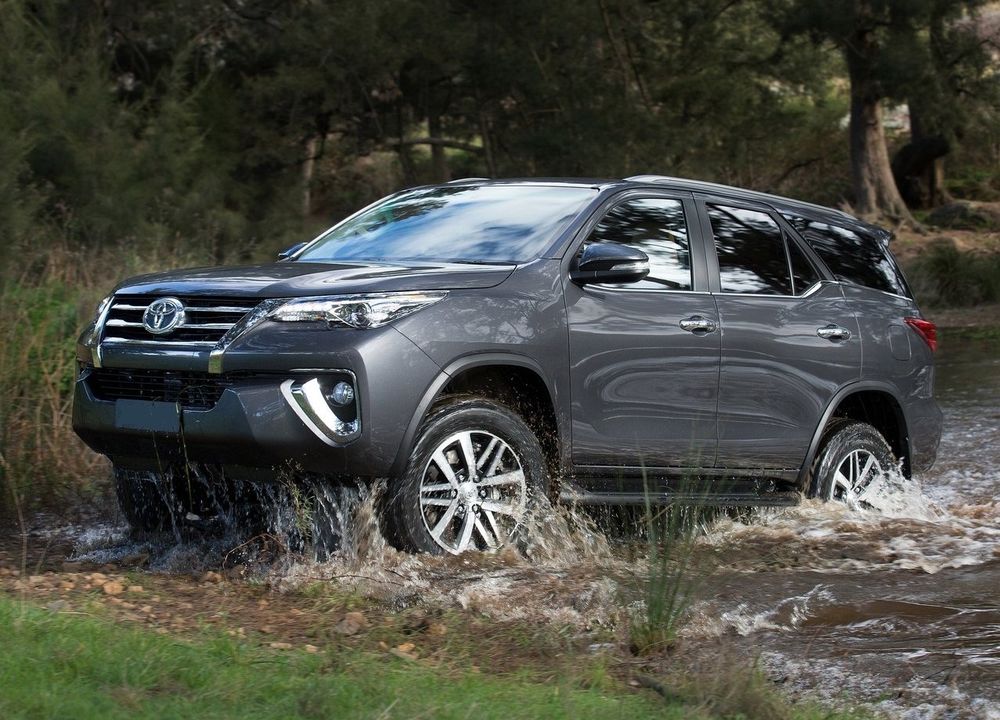 Built on the same rugged body-on-frame architecture as the fabled Hilux pickup truck, the Toyota Fortuner is one of the undisputed stalwarts in its segment. The Fortuner was first introduced back in late 2004, and since then, it has proven its mettle by becoming one of the most successful and fastest-selling cars from the Japanese marque. In a market such as the UAE, four-by-fours (often referred to as 4x4s) are one of the most competitive yet profitable genres in the mass-market passenger vehicle category -- a sector where automakers such as Toyota perform really well. Now in its second-generation incarnation, the new Toyota Fortuner is available in three variants, all of which are equipped with a selectable four-wheel-drive (4WD) system. So in essence, all Toyota Fortuners that are currently sold in the region are 4x4s.

The three variants of the new Toyota Fortuner include the entry-level EXR, mid-tier GXR, and the range-topping VXR. Of these, the base variant costs AED 114,900, and comes equipped with a naturally-aspirated 2.7-liter four-cylinder petrol engine that puts out 160hp and 245Nm of maximum torque - all of which is managed by a 6-speed automatic transmission and sent to all four corners using the selectable 4WD system. While all variants of the Fortuner come with seven seats, the four-pot motor in the EXR variant feels rather lethargic and isn’t quite the right powerplant for such a large and heavy SUV. In spite of its smaller capacity, this unit struggles to achieve the claimed 12.4 L/100 km as it has been tasked with moving something that’s evidently too much for it to handle easily - with the run from 0-100 km/h requiring 12.0 seconds to complete, while top speed stands at 180 km/h.

Meanwhile, the 4.0-liter six-cylinder engine that’s under the hood of the other two variants (GXR and VXR) is capable of developing 235hp and 376Nm of torque. It’s matched to the same 6-speed automatic transmission found in the entry-level car, though it has been tweaked slightly to handle the change in engine output. Obviously, the larger mill increases fuel consumption, now averaging around 12.6 L/100 km, but the benefits reveals themselves when you step on the accelerator. Now finally with a powerplant to match its bulk, the Fortuner V6 pulls with determination -- sprinting to the ton mark in approximately 9.0 seconds or so, and posting a top whack of 187 km/h.

To keep it tracking straight and true off the beaten path, Toyota boffins have fitted the new Fortuner with a locking rear differential with an auto disconnect feature, Double wishbone front and Multi-link independent rear suspension, and a driver-selectable low-range mode for the 4WD system. Moreover, the new Fortuner boasts a water wading depth of 700mm, lateral lean angle of 40 degrees, approach angle of 30 degrees, departure angle of 25 degrees and ramp break-over angle of 23.5 degrees. Overall, all of these off-road gadgetries come together quite well when you’re taking the Fortuner to your favorite trail - though its elder siblings perform that much better and for obvious reasons.