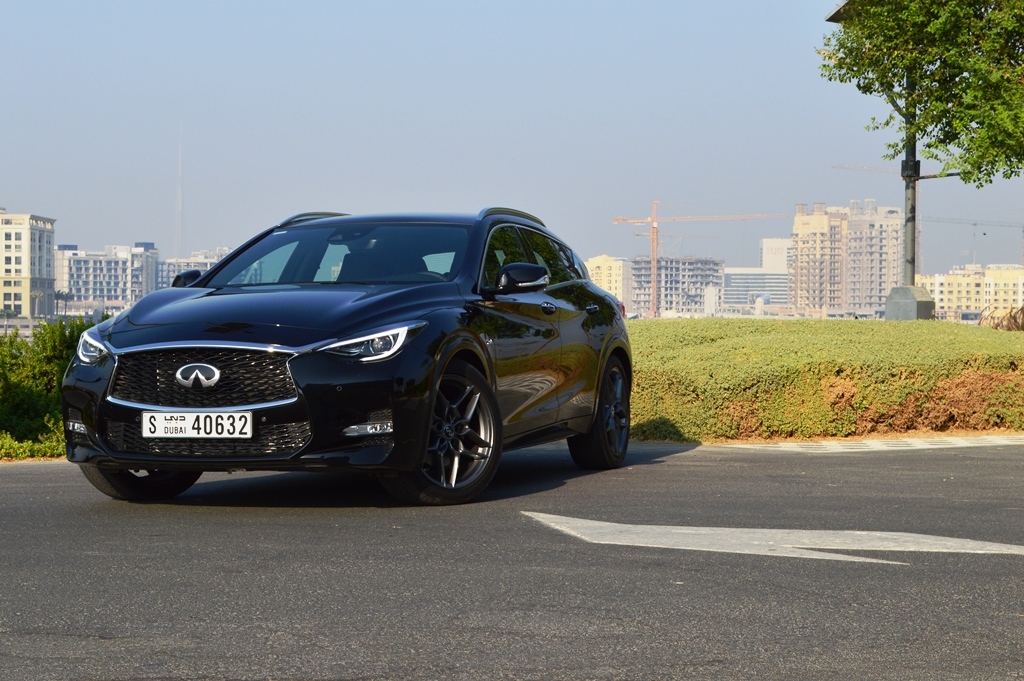 The Infiniti Q30 is the Japanese brand’s first attempt at a hatchback and a formidable one, if I may say so myself. Targeted at the cool kids on the block who wish to stand out from the crowd and challenge the status quo, the newest entrant to the Infiniti line-up finds itself alongside segment veterans such as, the Audi A3 and BMW 1-Series.

Built on the third-generation Mercedes-Benz A-Class platform, the Infiniti Q30 shares a great deal with its German cousin, albeit not externally. Measuring 4,425mm in length, 2,083mm in width, and 1,475mm in height, it bears the dimensions of a crossover, the styling of a hatchback, and the sloping roofline of a coupe. 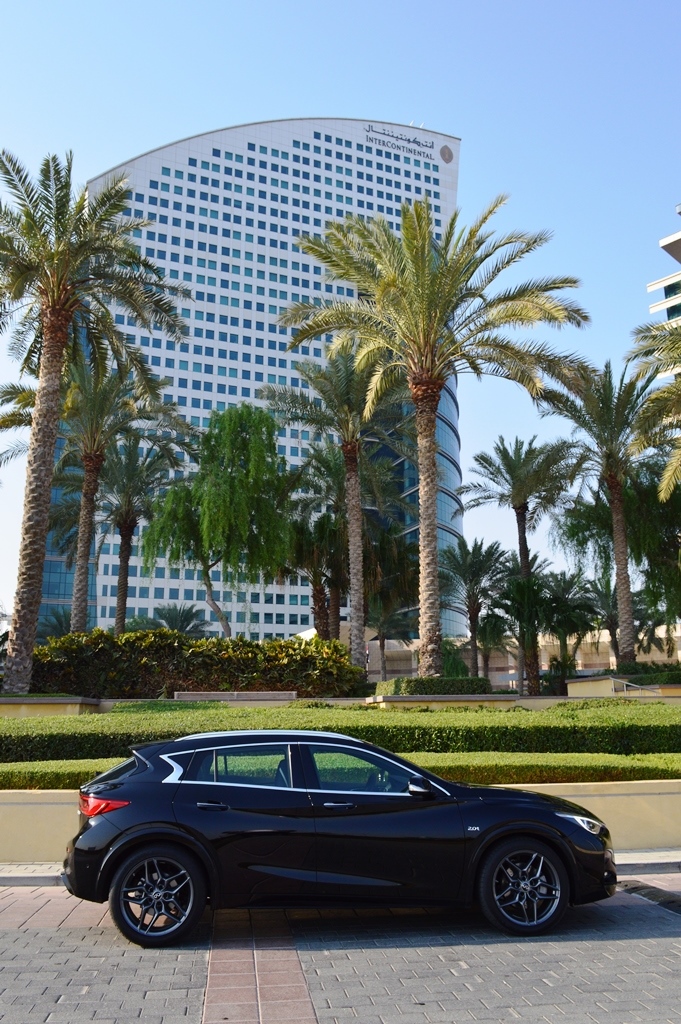 Distinctively Infiniti, however, the Q30 flaunts crisp creases and flared panels along its bodywork that lend it a rather fluidic appearance. Seductively aggressive, it is the intricate details in its styling, that greatly aid the Infiniti Q30 in its search for success.

Familiar yet distinctive in its own right, the Q30’s relationship with the Mercedes-Benz A-Class is evident all through the cabin. Although swathed in leather and Alcantara, the infused essence of sportiness is emanated through the flat-bottomed steering wheel, aluminum pedals, and large, well bolstered sports seats. 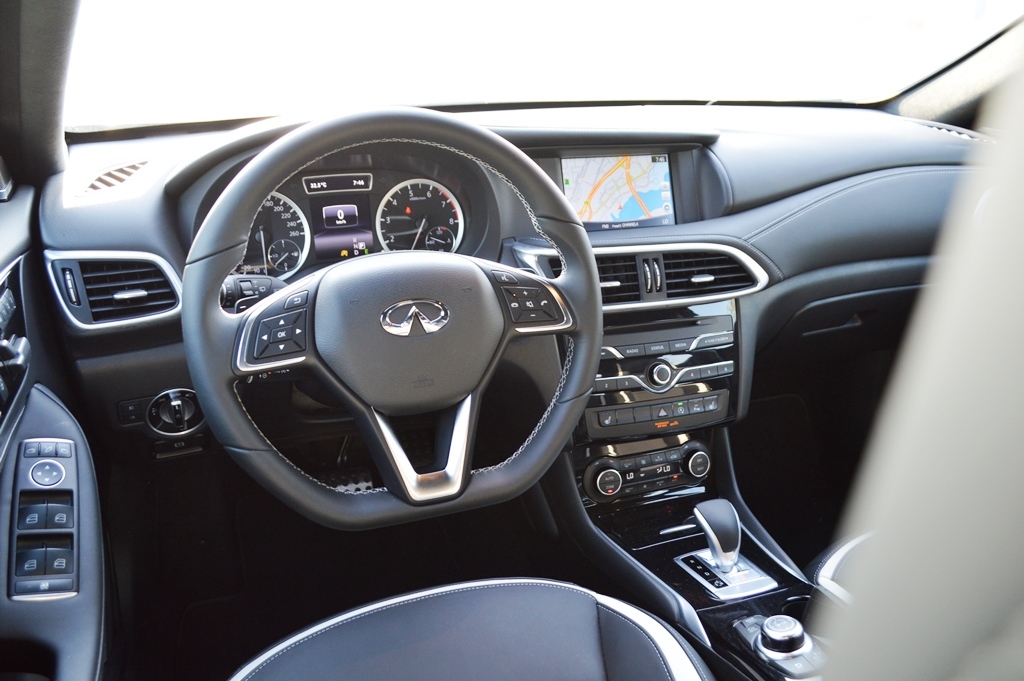 You might also be interested in: Three ways the Infiniti Q50 Red Sport 400 will blow you away

Equipped with a plethora of safety features including, front and rear parking sensors, a lane departure warning alert, 4-wheel ABS, and 7-airbags, the Q30’s 5-star Euro NCAP crash rating is no surprise. In fact, with its maternal instincts constantly reminding you of the speed limit on any given road, it’s definitely one to keep the notorious drivers in check. 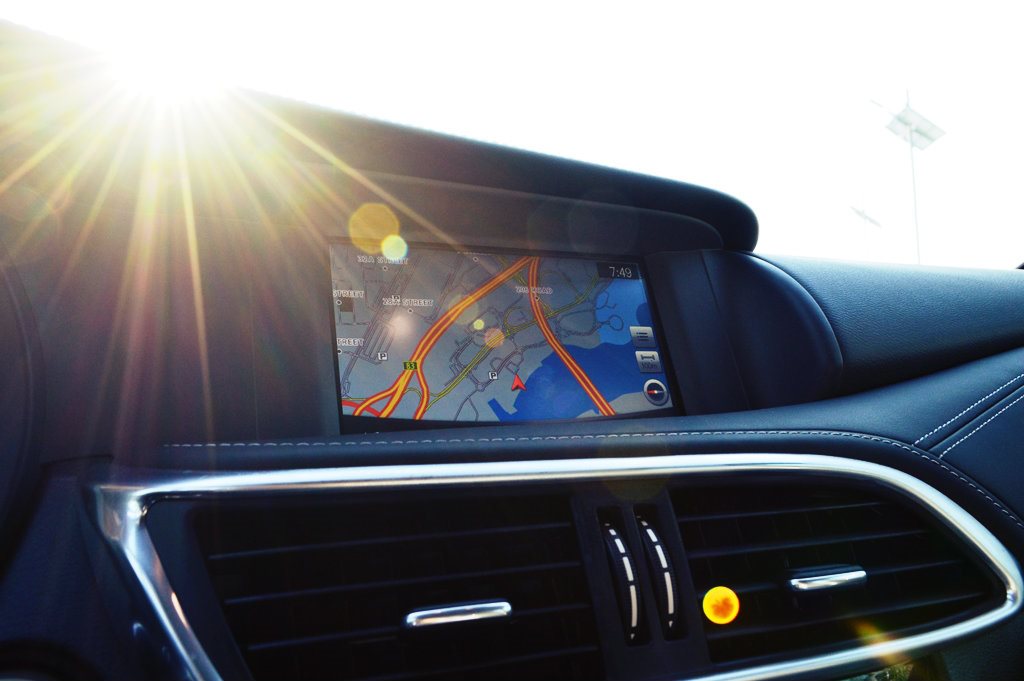 On the other, not so praise-worthy side of things, lies a 7-speaker Bose sound system and an inbuilt Sat-Nav. Lacking the clarity and punch that is associated with Bose, the speakers are disappointing to say the least and fail to do justice to their perceived reputation. The Sat-Nav, with its dated interface and humdrum layout isn’t anything to write home about, either.

Donning a Sport badge on its derriere, the performance-inclined hatchback is ironically the heaviest in the Q30 line-up, at a staggering 1,584 kg. Mated to a seven-speed dual clutch transmission, the 2.0-liter turbocharged engine belts out 208 horsepower and 350 Nm of torque to all four corners, all while being supported by a flat and rather uninteresting engine note. 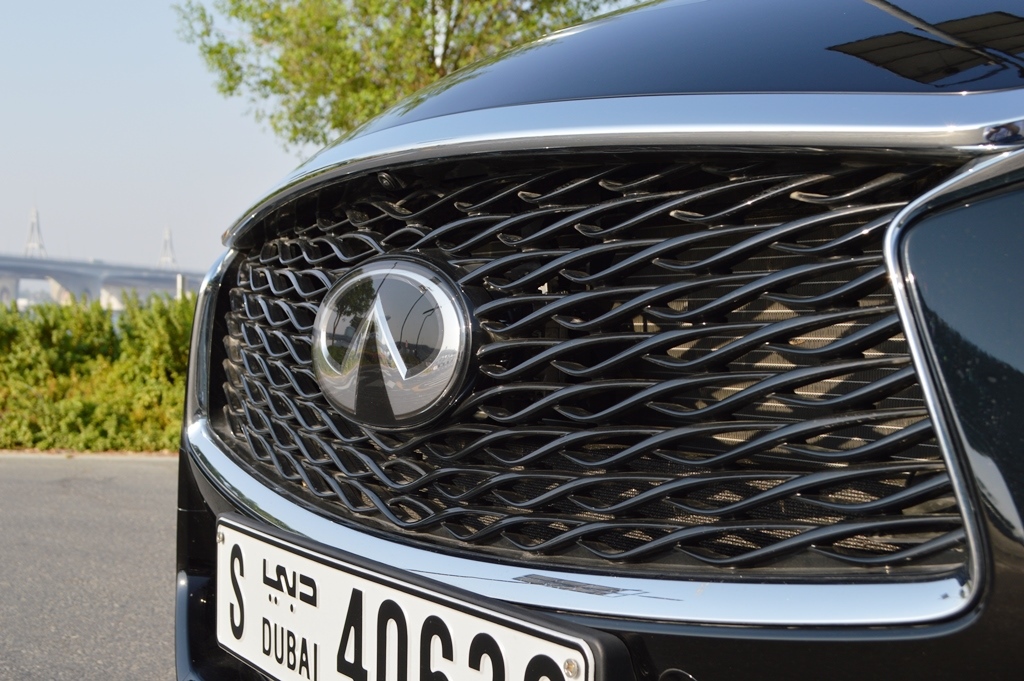 The rigid suspension set-up, though curbs body roll exceptionally well around tight corners, lacks adjustable dampers and comes across as a tad too stiff for regular city driving. And while the dual pinion electronically assisted steering is nicely weighted, it is severely devoid of any feel whatsoever. 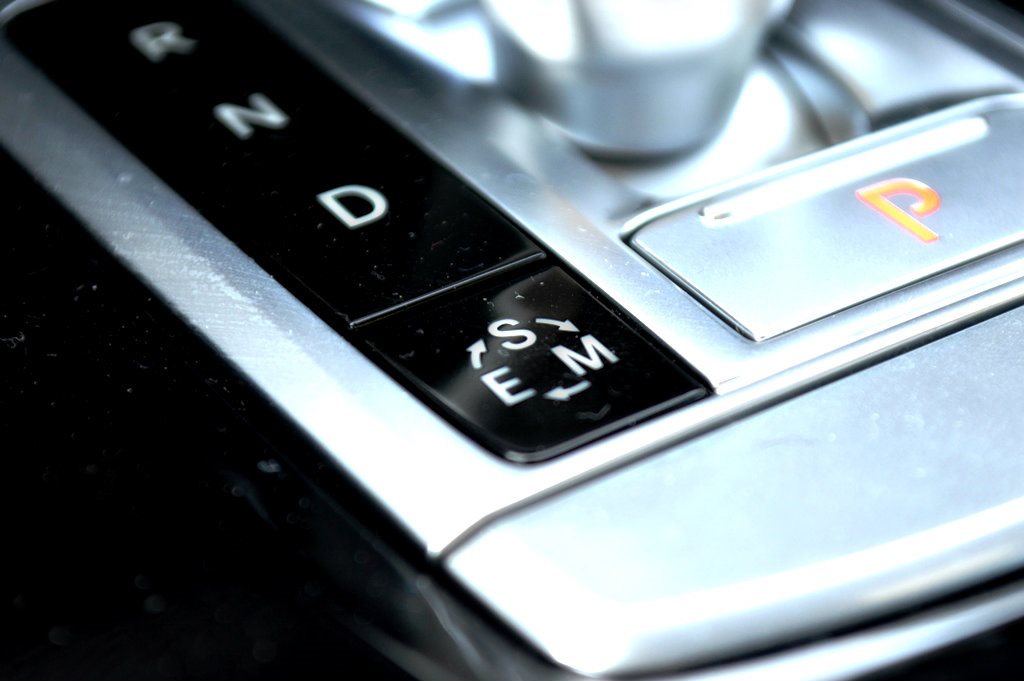 Shuffling through the gears, it is evident that the ratios have been set for a sportier drive, offering an instantaneous kick of acceleration at the slightest touch of the accelerator pedal. Get caught in rush hour traffic, however, and the novelty wears off relatively quickly, leaving nothing but a jerky ride from the pretentious hot hatch.

The Infiniti Q30 is an offering that targets an unconventional segment of the market: the hipster millennials. In catering to diverse tastes, it comes across as the Jack of all trades, master of none. And while there is room for improvement, for the brand’s first attempt at a hatchback, it’s an extraordinary one. 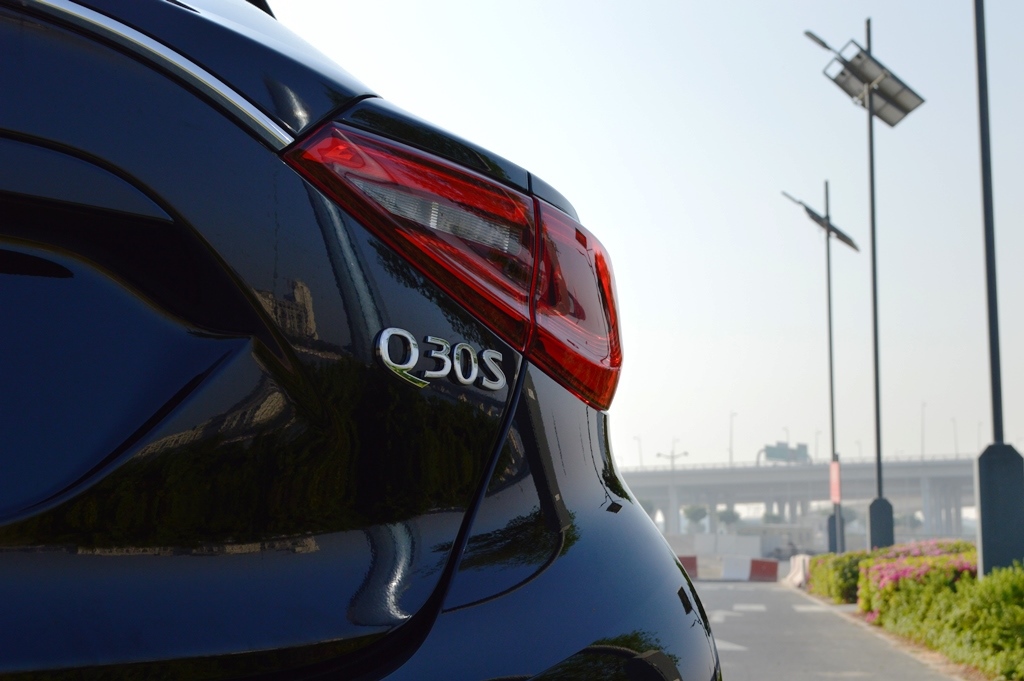 Unique design helps the Q30 stand out on the streets of the UAE.

Jerky ride as the transmission always feels it should be in the next available gear.