German car tuner, Hamann, has earned a reputation for creating some truly unique masterpieces since its inception in 1986. The Range Rover Evoque Convertible, an already stunning little offering, is the base for the tuner’s newest project, and as always, the result is simply breathtaking.

A full range of customization options, sees the drop-top SUV feature a reworked front bumper with a plethora of integrated air inlets and LED Daytime Running Lights. Towards the rear-end of the car, is a lowered bumper and central-exit exhaust pipes that complete the sports exhaust system. 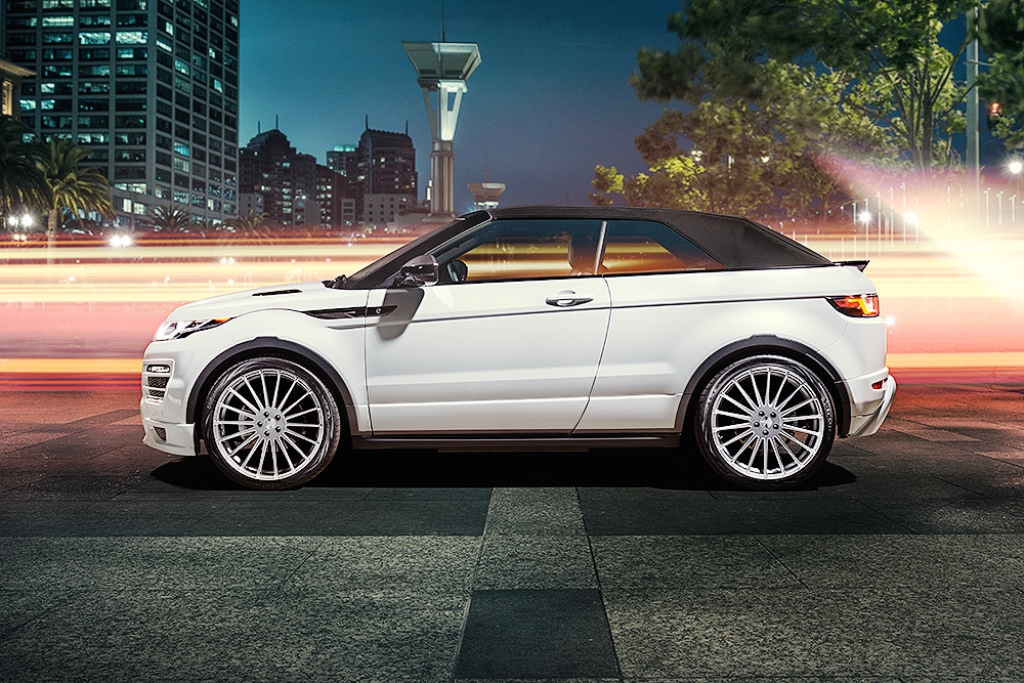 Sat on 22-inch monoblock Anniversary Evo wheels that are available in three different finishes, Silver, Black Line, and Hyper Black, the Hamann Evoque is undoubtedly a work of art. Interior upgrades include a set of Hamann pedals and footrest, and a LED door entry illumination. 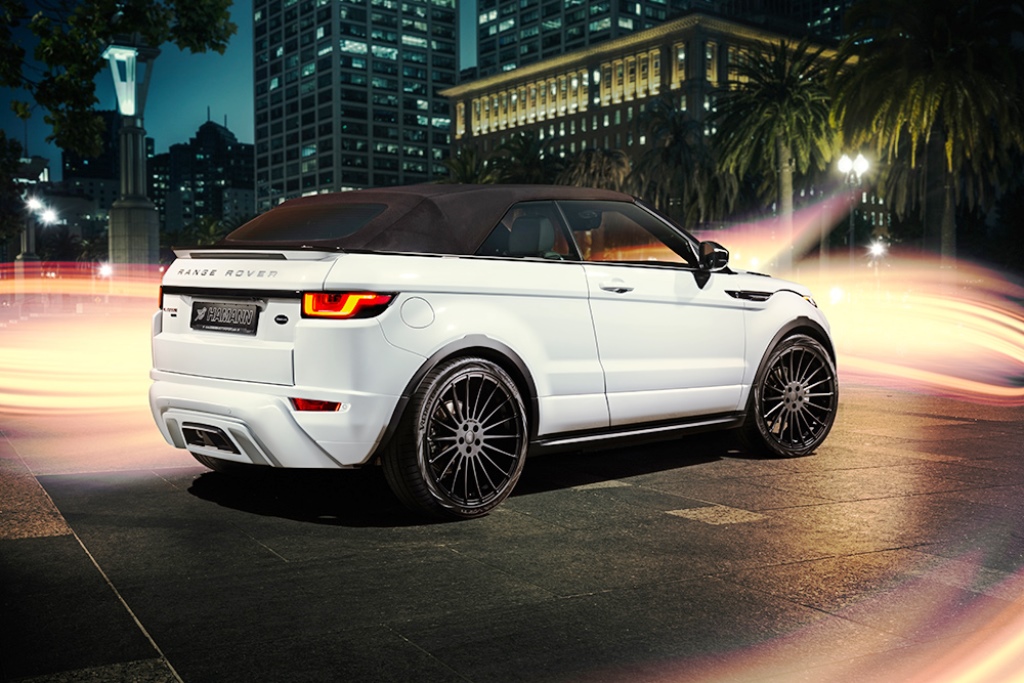 While some may consider Hamann’s take on the Range Rover Evoque a little garish or OTT, that’s kind of the point – to be different.