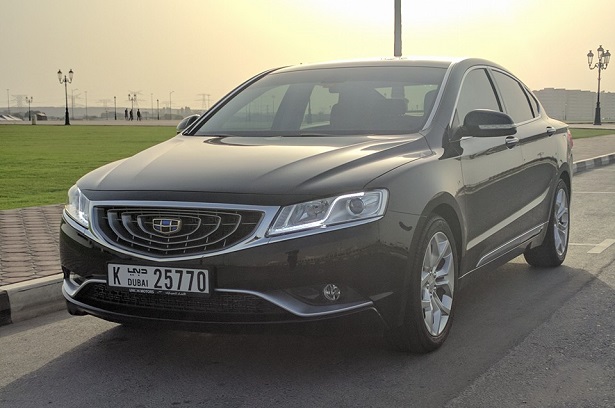 There was some excitement the previous week. No, I did not get married or anything like that. Instead, the excitement was behind driving my first ever Chinese car. And, the people in Union Motors (Salah and Abbas) gave me their flagship offering – the Geely Emgrand GT. So, let’s have a look. 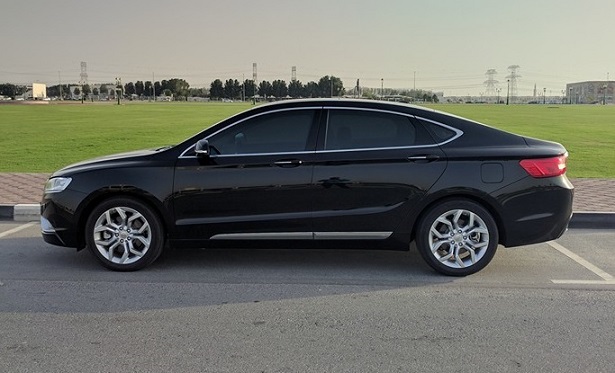 Geely bought Volvo in 2010 and hired their designer to build the Emgrand GT and that effect can actually be seen in the looks. The first glance at the front fascia and it becomes clear that the GT’s design is heavily inspired by the Volvo S60. This design continues along the sides and vanishes in the rear. This is because the rear of the GT is nothing you have seen before. It has hints of the Flying Spur and the Impala but still looks original – something Chinese products are not associated with. Overall, I like the looks. The Emgrand GT is well made and looks like a proper sedan from every angle.

The interior of the GT is a nice place to be in. They have finally come to the level of Japanese with the soft touch materials and thick padding all around. Infact, GT interior is better than some American cars I have tested earlier. There is decent legroom in the front but can’t say the same for the back because the space has been utilized for a generous-sized trunk. Coming to the tech and safety, well, the GT is fully loaded with 7 airbags, LCD touchscreen (which will require time to understand), e-brake with auto hold, drive modes, BSD, cruise control, bluetooth, navi, camera etc. Overall, it is a well-spec’d car with everything you would require from a budget mid-size offering. Very impressive! 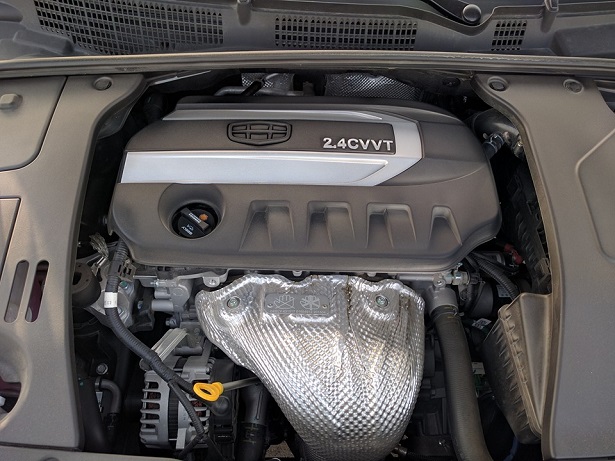 The test GT I got is powered by 2.4 liter 4 cylinder engine producing 170 BHP. This engine is mated to a 6 speed automatic transmission. This is standard equipment to compete head-on with the Camry and Accord. To me, the drive seems apt – though I would have wished for a more dynamic drive. Moreover, the suspension is bang-on for this segment as the ride is a bit on the firmer side but the body roll is very less in corners. If only there was more power offered then the cornering would have been more fun. The steering feedback is impressive as well in addition to firm brakes. Overall, the drive of the GT is as good as it gets for the price tag. 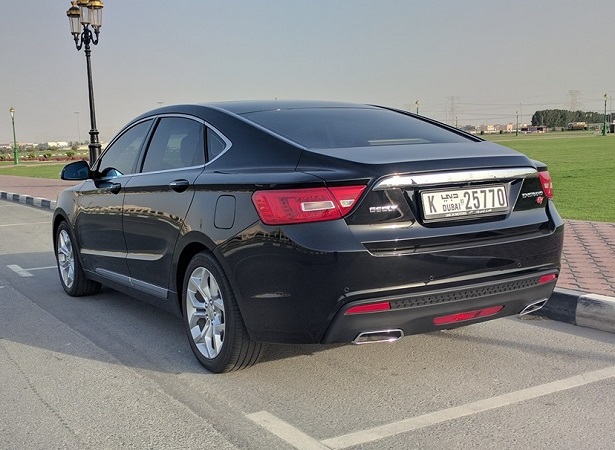 This is the first-ever Chinese car I drove and I am glad that it was the GT. This car has set the benchmark for other Chinese models. Little while ago, the Koreans were considered what Chinese are now. But look at them, so, the future of Chinese cars also looks bright.