Flying cars to land into Kuwait by 2021 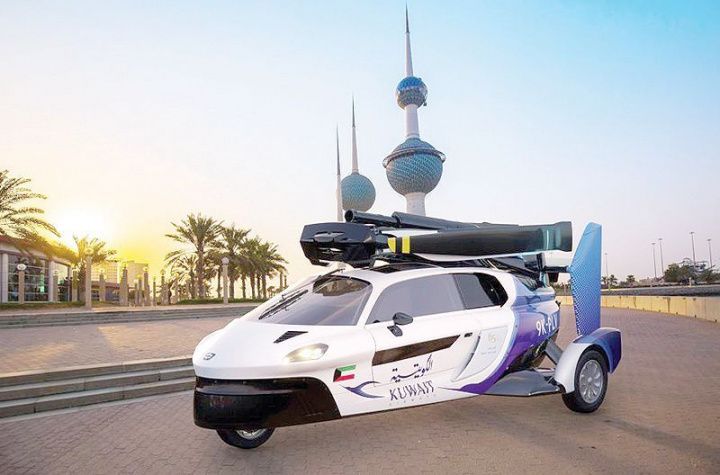 Flying cars have been the talk of the town for the better half of two decades, if not more. With the advancements in the technology and transport sectors, flying cars are inching closer to reality with the skies of Kuwait set to welcome them in as early as 2021.

The recent Memorandum of Understanding (MoU) signing between Kuwait Airways Corporation (KAC) and Dutch firm Personal Air Land Vehicle (PAL-V), states that the Dutch firm is expected to deliver the flying cars by 2021 and provide maintenance for the vehicles in the Middle East.

The MoU is believed to have been signed by KAC deputy CEO Abdul Halim Zaidan and PAL-V CEO Robert Dingemanse, in the presence of other company executives and dignitaries such as the Netherlands Ambassador to Kuwait Frans Potuyt.

Since the PAL-V is a two-seater vehicle with a maximum speed of 180 km/h, its popularity could quite easily spread to other parts of the region. Utilizing the same jet fuel used in regular aircrafts, the PAL-V requires just 180 meters to take off, 30 meters to land, and can fly at an altitude of up to 10,000 feet.

With a tricycle undercarriage and relatively large wheels, the PAL-V is a gyrocopter that comes with a foldable pusher propeller that provides forward thrust and a free-spinning rotor that provides lift. Horizontal stability is provided by twin boom-mounted tailfins and the PAL-V aims to propel the personal transport industry into an all new realm. Limited to just 45 units, sources claim each PAL-V Liberty could cost up to KWD 171,000.