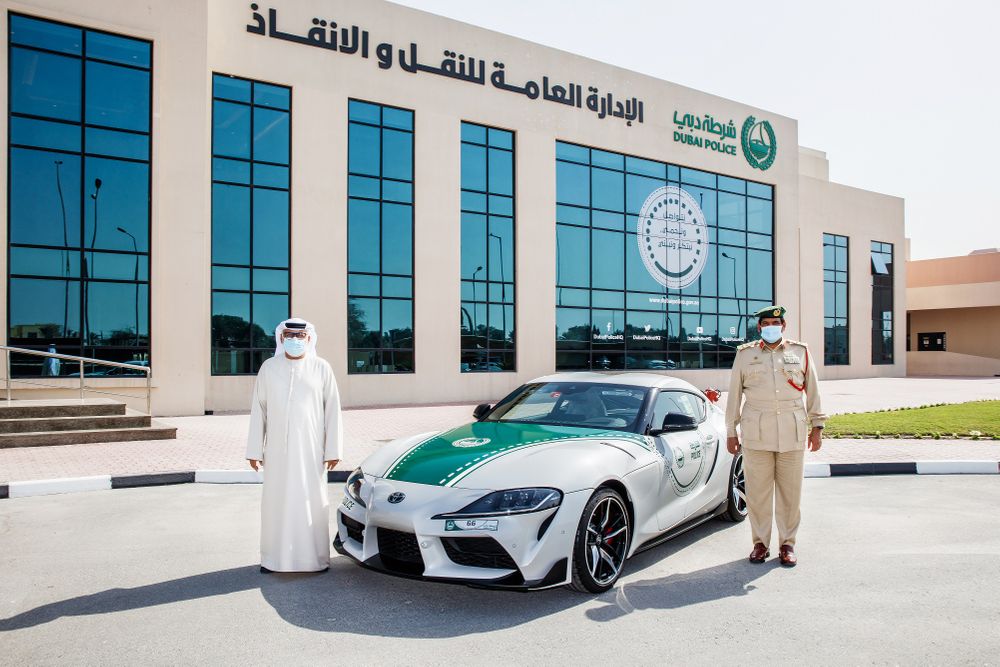 Dubai Police has a new addition to its globally acclaimed supercar fleet. In addition to cars like an Audi R8 V10, Lamborghini Aventador, and Nissan GT-R, the 2021 Toyota GR Supra is the newest entrant to the authority's world-renowned fleet.

The Supra was provided by Al-Futtaim Automotive, the exclusive distributor of Toyota in the UAE, and a long-term partner of Dubai Police. The all-new Supra, which is built in collaboration with BMW, is powered by a 3.0-liter turbocharged six-cylinder engine that accelerates from 0-100km/h in 4.1 seconds and is capable of hitting a top speed of 250km/h.

The handover took place in the presence of Brig. Dr. Mohamed Al Razooqi, General Director-General Department of Transport & Rescue at Dubai Police, and Yousuf Al Raeesi,  Director of Gov’t Affairs & HSSE at Al-Futtaim Motors, along with other senior officials from both organizations.

Brig. Dr. Mohamed Al Razooqi, General Director-General Department of Transport & Rescue at Dubai Police said: “The increase of high powered supercars to the department’s fleet is due to the positive feedback from the citizens and media. We are constantly looking for ways to connect with the public. We're not trying to show off with these cars, even though the Supra is quite the head-turner, rather we want to show both tourists and residents alike how friendly the police are across the city.”

Dubai Police has a long-term partnership with Al-Futtaim Toyota, currently using the Toyota Fortuner, Prado, and FJ Cruiser as part of its standard fleet.