Chevrolet Bolt 2019 launched in the UAE 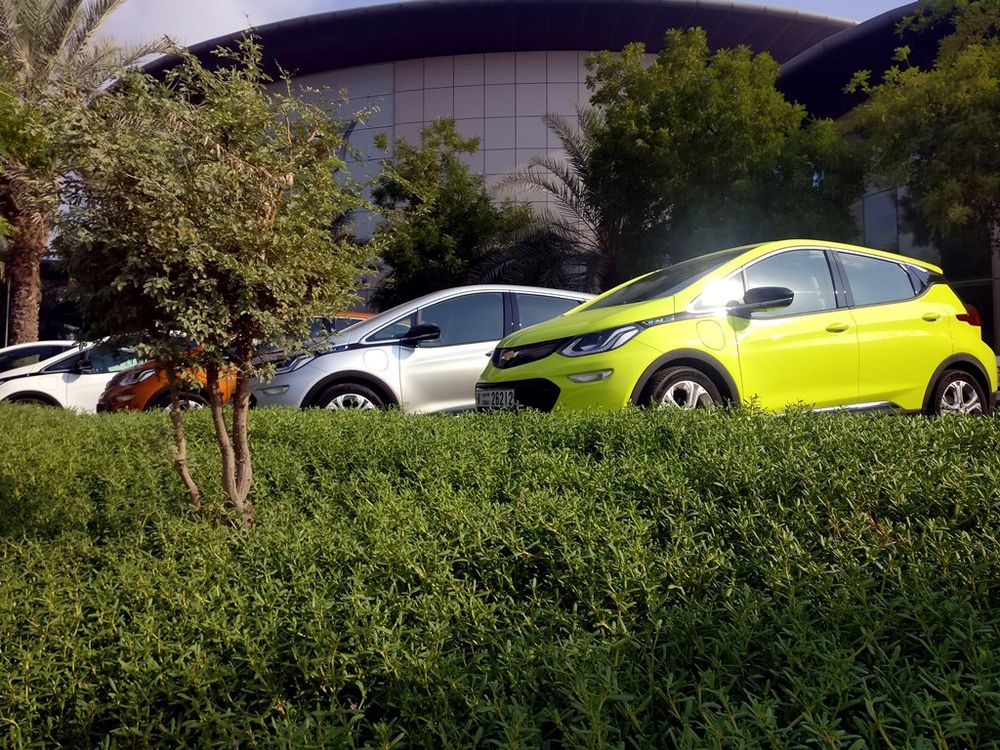 Electric Vehicles are all the rage in today’s automotive space and with manufacturers from across the globe jumping aboard the bandwagon, Chevrolet has made the leap with the all-new Bolt. Dubbed ‘the future has arrived’, the Bolt is a subcompact hatchback that has been developed and manufactured in partnership with LG, and one that we were given the opportunity to inspect closely.

Challenging the norm, the launch of the 2019 Chevrolet Bolt wasn’t hosted at a glamorous downtown hotel or in a deserted part of the city, but instead at the group’s training center in Dubai’s International Media Production Zone (IMPZ). With members of the Chevrolet technical training team walking us through the EV technology and workings of the battery, it was an insightful and first-hand experience with a lot to be learnt. 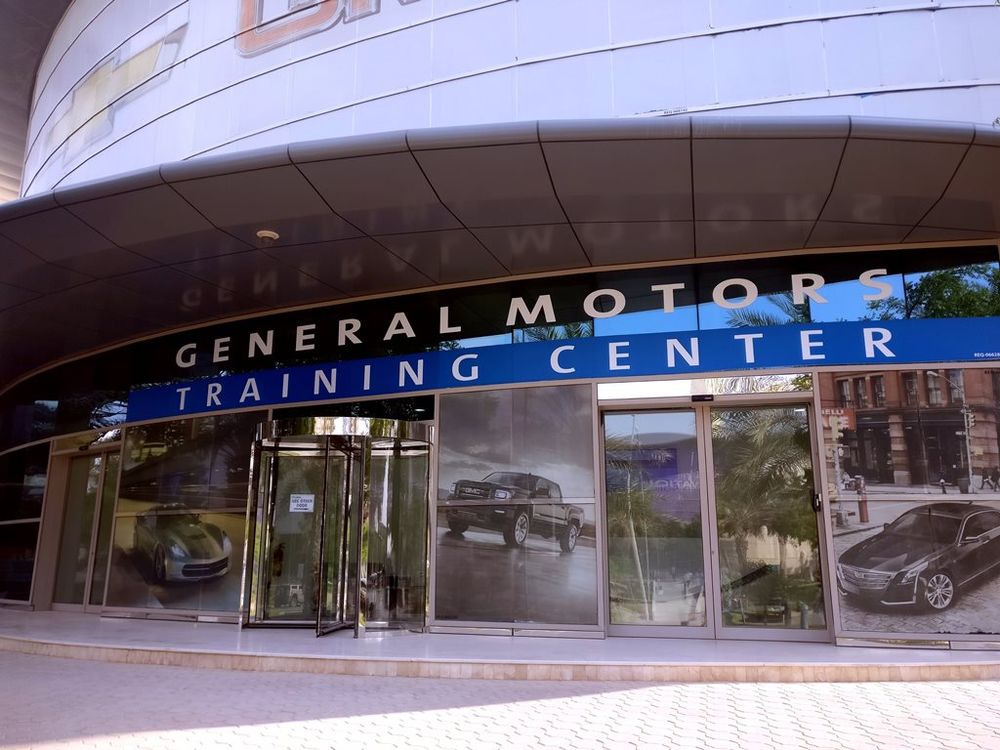 From the outside, there isn’t much to say that the Bolt is any different to its petrol-powered stablemates. It doesn’t don a particularly extraordinary design, nor it does it look out of place on the roads of the UAE. Hidden beneath its inconspicuous bodywork, however, is a plethora of cool tech that includes aero shutters in the front grille, which open for improved cooling and close for improved aerodynamics, and batteries located under the floor for a lower center of gravity.

Speaking of batteries, the Chevrolet Bolt adopts a liquid cooling mechanism to keep the batteries operating at ideal temperatures. Not only is Chevrolet one of the only manufacturers to adopt this strategy (while others opt for air cooled systems), but the liquid cooling approach is faster, and it also increases the battery life by avoiding major fluctuations in the battery temperature. Think about cooling down a battery pack when the ambient temperature is 45-degrees and the benefits of liquid cooling are fast visible.

The 60-kWh battery pack that the Chevrolet Bolt 2019 is equipped with, delivers the equivalent of 204 horsepower and 360 Nm of torque. Impressive without a doubt, but what’s even more exciting is the fact that it can do nearly 500 kilometers on a single charge. Which if you reside in the UAE, will equate to paying between AED 14 and AED 24 for a full ‘tank’. Charging times will range between 2.5 hours with the D/C fast charger and up to 10 hours with the standard A/C charger for a full charge. 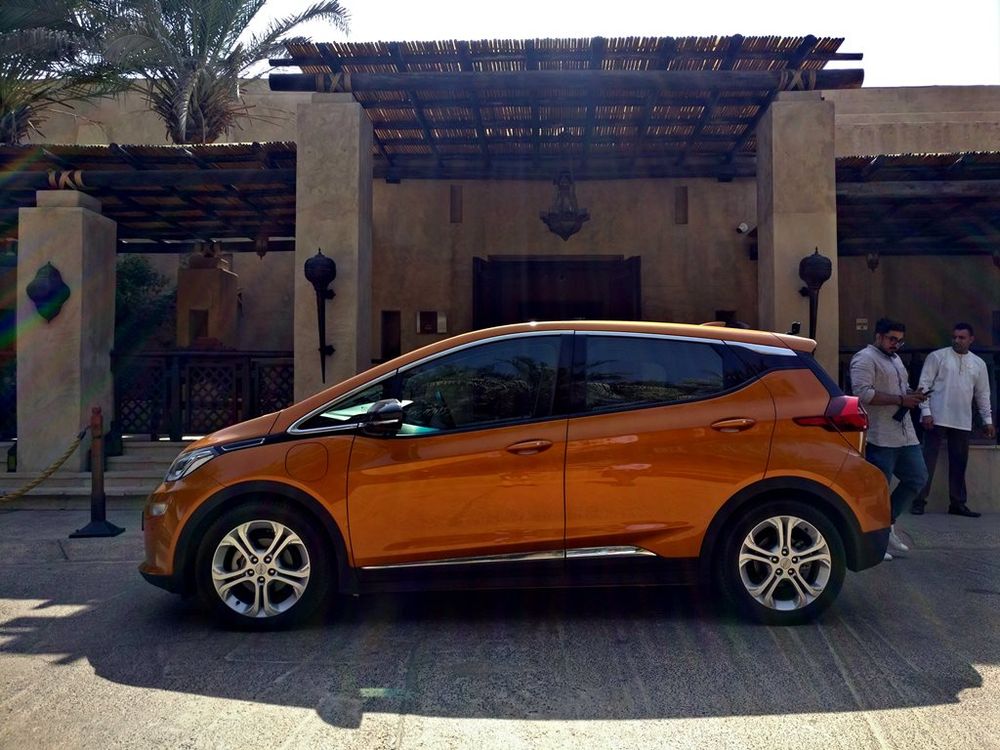 To drive (and for those who haven’t experienced the one-pedal drive of the Nissan Leaf yet), the Chevrolet Bolt is a different experience from driving a regular car. Sure, it’s got a standard gear lever and two pedals in the footwell, but the catch is that you’re almost always using just one (the accelerator), and thus the name ‘one-pedal drive’.

With regenerative braking kicking in to slow down the car as soon as the accelerator pedal is released, the car is well capable of coming to a complete stop without the use of the brake pedal. One benefit being, the life of brake pads and other components is extended significantly, but the other benefit being that the car can charge its own batteries while coasting or braking. In fact, the Chevrolet Bolt is also one of the only cars in the market to offer two brake pedals, one in the footwell and one behind the steering wheel for extra regen. 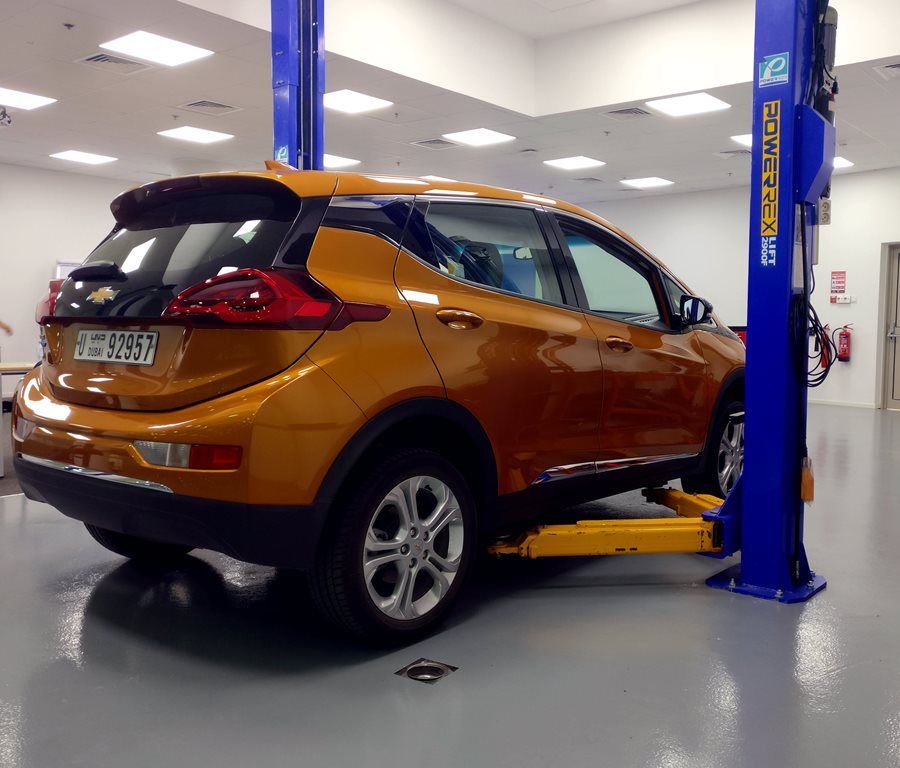 On our short drive from IMPZ to Bab Al Shams, we got to experience how the single reduction gear takes power from the battery pack and delivers it to the wheels. Once you’re moving, there isn’t much to differentiate the Bolt from a standard petrol-powered car, bar the eerie silence since there is no engine or exhaust sound to accompany.

A pioneer on certain fronts, Chevrolet’s attempt with the Bolt is a commendable one and one that will certainly pave the way for others to follow. If you’re set on an EV, then the Bolt is worth your time and shines a lot brighter than its French rival, the Renault Zoe. Before signing any cheques though, just make sure you’ve got AED 162,000 in your account.

Global EVRT returns to the Middle East in 2019