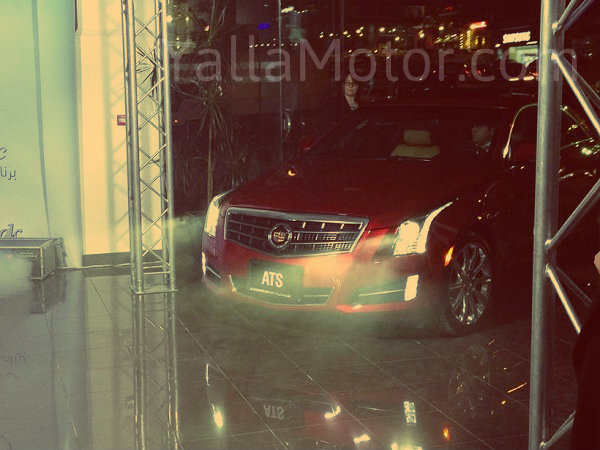 Cadillac Middle East revealed its 2014 Cadillac ATS on November 24th at the heart of Jordan’s city, Amman. In a glorious setting with a lot of lights, suited businessmen and pretty ladies, Mr. Martino Picotti, Sales Business Manager at General Motors Middle East, made an introduction to the new and gorgeous 2014 Cadillac ATS.

“The 2014 Cadillac ATS is a truly magnificent award-winning car,” he said, “The ATS was named the best luxury sedan of the year at the 2013 Dubai International Motor Show.”

He also added there are many features that make 2014 Cadillac ATS stand out for luxury lovers; a stylish exterior, illumination with an aerodynamic design and it happens to be the lightest car in its class.

Other new features include: