The halo offering in the German model’s line-up, the Audi TT RS 2018 is the most extreme and performance inclined variant catered to take on the likes of the BMW M2 and Porsche 718 Cayman. Striking, and stupendously swift, the TT RS is a driver’s car in every way possible, but it ensures not to encroach into supercar territory where its R8 sibling resides. 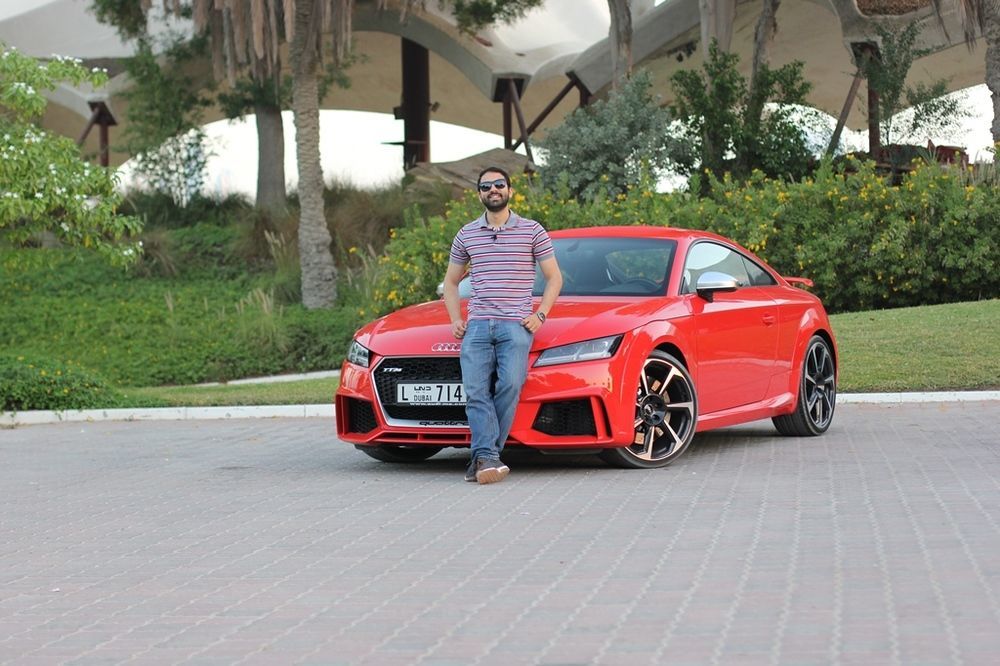 A neat evolution of its predecessors, the third-generation TT carries over distinct design traits from previous models that allow it to remain instantly recognizable in the densely populated segment that it competes in. Differentiating itself from the tamer TT S, the TT RS exudes performance with bold Quattro lettering along its honeycomb grille, a set of 20-inch cast aluminum alloy wheels, a prominent rear spoiler, an aggressive diffuser, and sizeable twin exhausts in place of a smaller quad-exhaust layout. 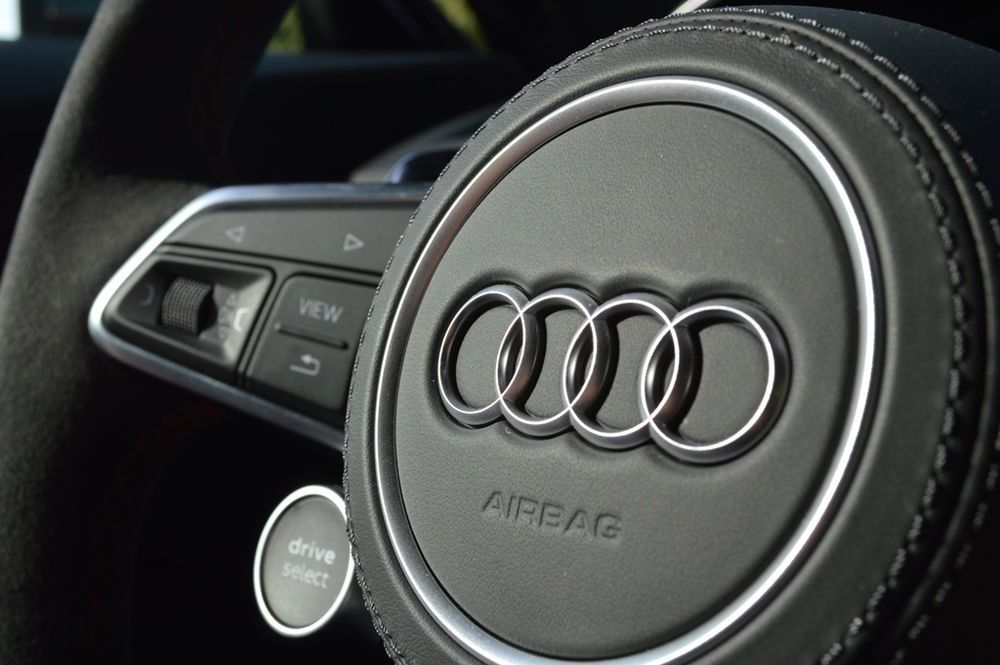 Minimalistic yet exceptionally put together, the driver-oriented cabin of the Audi TT RS is dressed in a combination of supple leather and Alcantara with bright red stitching embellishing the seats, flat-bottomed steering wheel, center console and door panels. The 12.3-inch Virtual Cockpit instrument cluster display replaces the traditional dashboard-mounted infotainment screen and allows drivers to control functions through buttons located on the steering wheel or through a touch-sensitive trackpad. 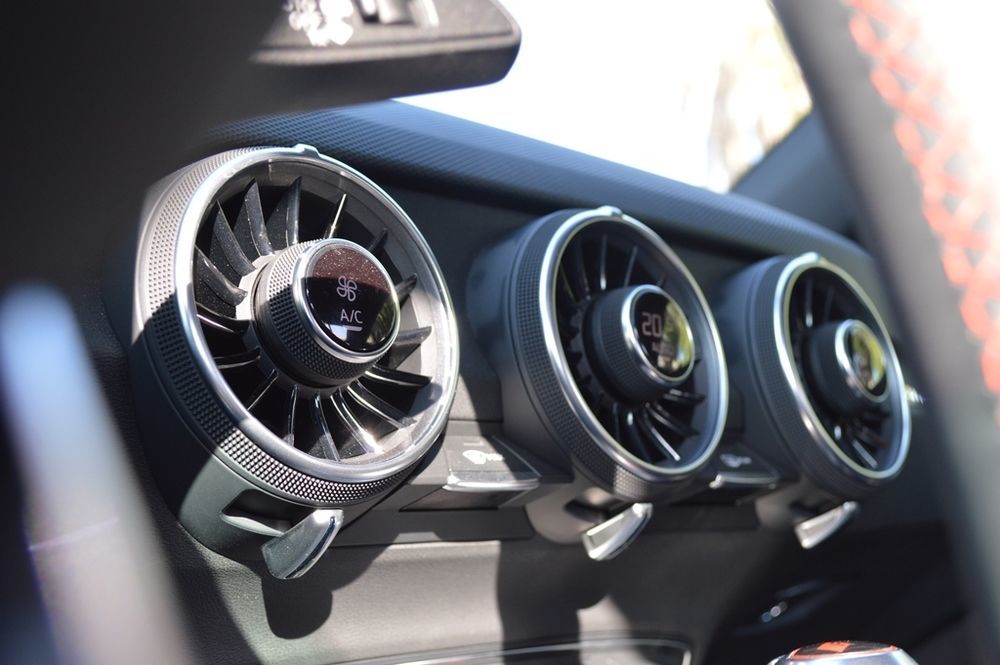 Being a fully-loaded Audi, the extensive feature list of the 2018 Audi TT RS sees the addition of safety features such as blind spot monitoring, cruise control, speed limiter, rear view camera, and convenience features such as a 12-speaker Bang & Olufsen sound system and a voice recognition system that isn’t as great as one would expect. Having said that, the highlight of the TT RS isn’t its feature list but what is concealed beneath its hood, and in that regard, it definitely doesn’t disappoint. 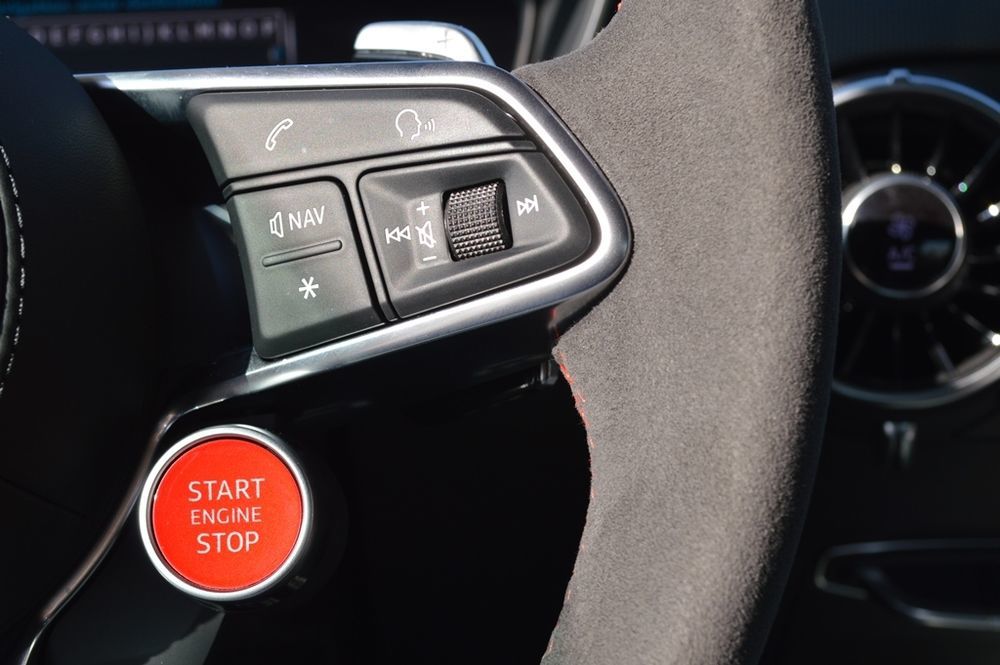 Upping the ante from the already potent TT S, the puny 2.5-liter 5-cylinder engine that powers the RS whips out a near-unbelievable 400 horsepower and 480 Nm of torque. With a sonorous exhaust note accompanying brutal acceleration, the Audi TT RS makes the 3.7-second 0 – 100 km/h run a thrilling and exciting experience for all your senses. 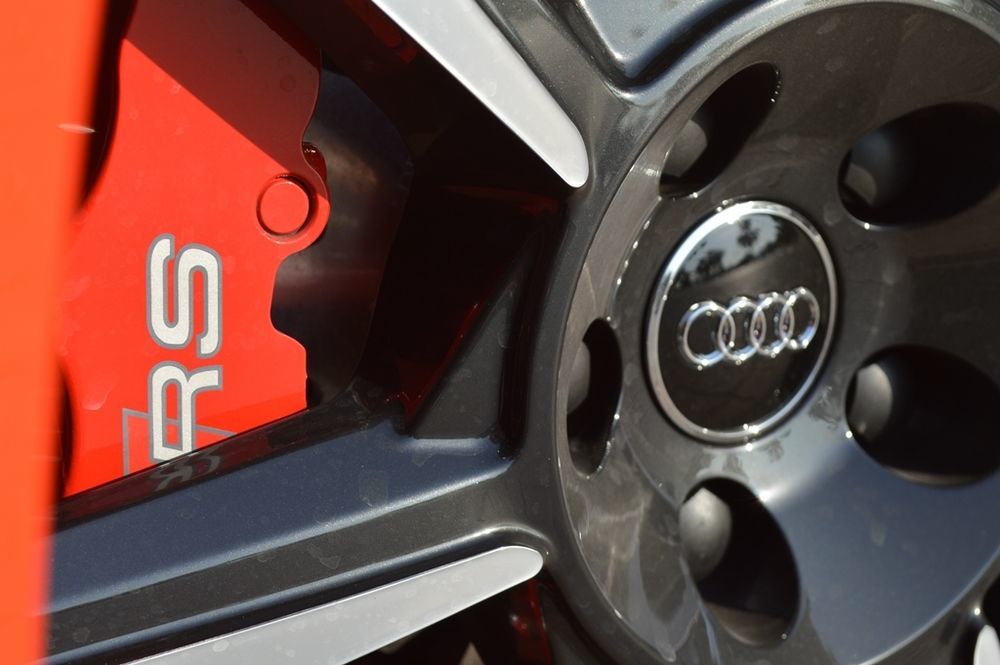 Offering numerous drive modes (Comfort, Auto, Dynamic, Individual) the TT RS swaps personalities at the press of a button. Pushed to its limits in Dynamic mode with the paddle shifters located behind the steering wheel, the Quattro all-wheel-drive system allows for a tad of understeer before intervening and bringing the car back into line. Stopping power is provided by huge 370mm drilled rotors up front and 310mm drilled rotors at the rear. 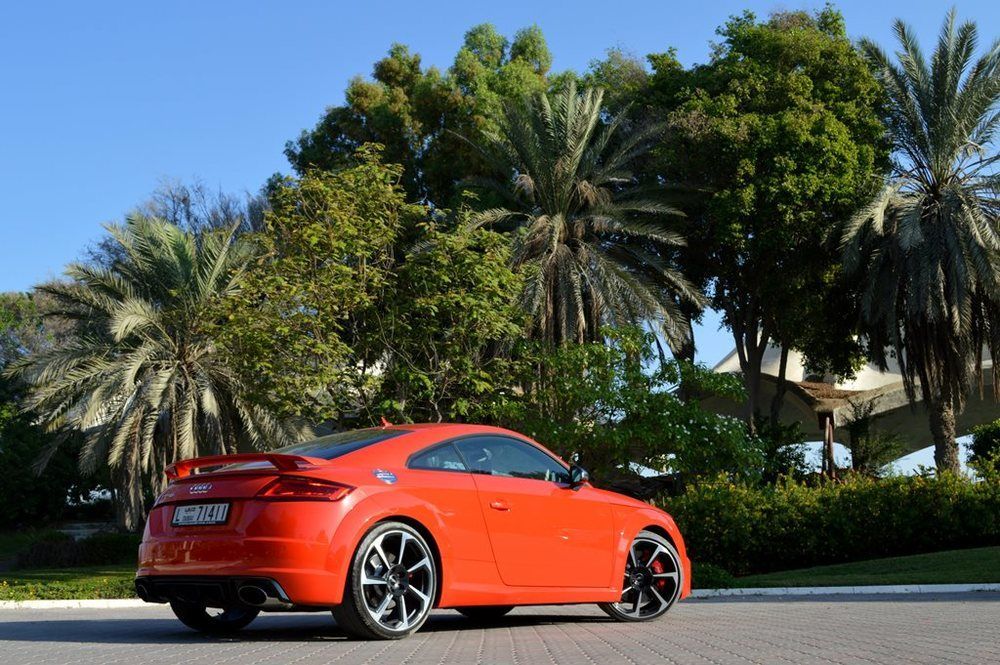 Much like the rankings in an online fight club, the TT RS is the ultimate step one must conquer before entering the hair-raising territory of the R8. While the German coupe is arguably the most fun one can have for under AED 300,000, it is also far more exciting than the BMW M2 and the Porsche 718 Cayman. Audi, the TT RS is a fab job indeed!

- Thrilling drive at all speeds

- Hindered visibility due to small mirrors and sizeable blind spots