Exclusivity is a fascinating feeling. Being among the very first people in the Middle East to drive the new Audi R8 prior to its regional launch, Anas and I knew we had to do something special to celebrate. So, after the flip of a coin, we decided to take the day off from work, hunt down the most isolated road in the emirate, and put the German coupe through its paces. For those of you who have not got the time to read till the end…we absolutely loved it!

The car that we found ourselves piloting was the Audi R8 Coupe V10 5.2-liter Rear Wheel Drive S-Tronic, yes a bit of a tongue twister, but it was essentially the most affordable version of the refreshed R8 that would be hitting our region in the coming weeks. Being a supercar (and a great one at that) we decided to start our review by focusing on what it felt like to be in the driver’s seat. 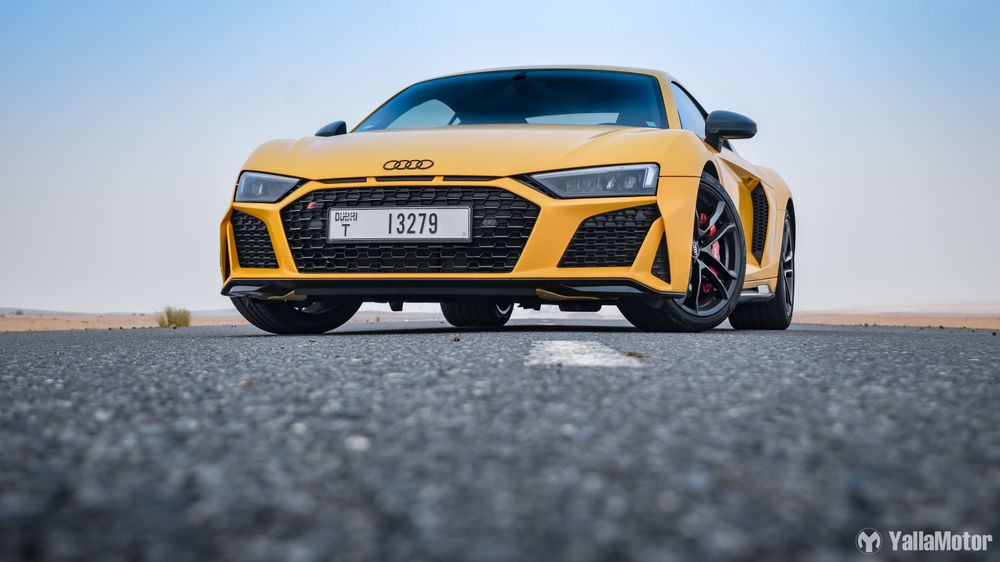 The 5.2-liter naturally aspirated V10 was a screamer and revved all the way to 8,700 RPM before slapping us in the back of the head and shifting into the next gear. The adrenaline rush was supported by a surge in acceleration and a thunderous symphony from the exhaust pipes, catapulting us to 100km/h in 3.7-seconds and to a top speed of 324 km/h.

Being the Rear Wheel Drive version, Audi has limited power when compared to the Quattro version of the R8, but in doing so, has managed to deliver the perfect balance – 540 horsepower and 540 Nm of torque to the rear wheels. Keeping the numbers aside, however, how many other cars can you drive where the engine is just 5-inches away from your ears?! 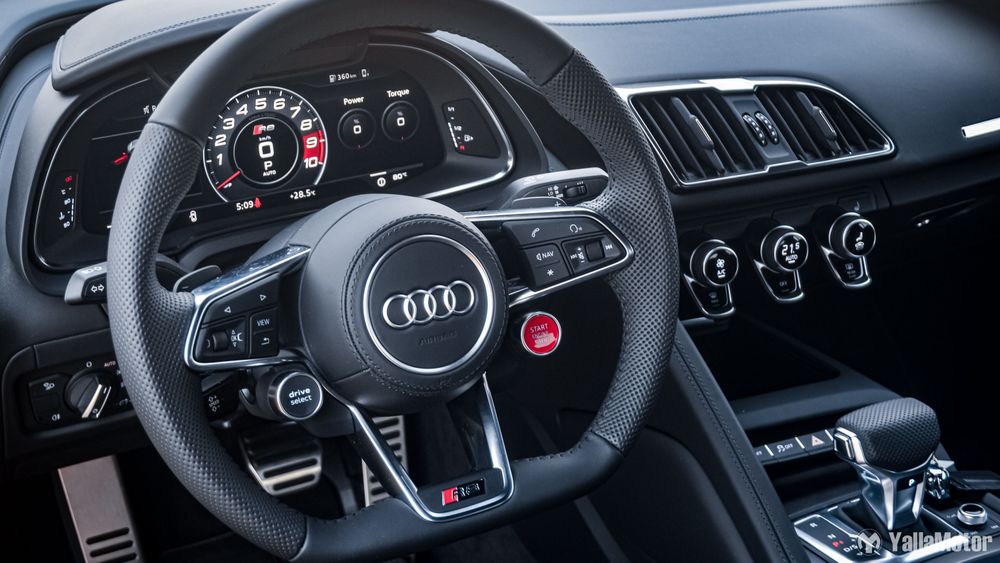 Since the R8 is fitted with a naturally aspirated engine, meaning it does not use forced induction in the form of turbos or superchargers, the engine demands it be revved as high as possible. To add to the excitement of driving, the V10 is paired to a 7-speed dual-clutch S-Tronic transmission, and for those of you who have not driven an S-Tronic to date, it’s arguably one of the fastest shifting transmissions out there.

As for what is new on this 2020 model, there is a reworked chassis and a retuned steering for better handling and stability on the performance front. These mechanical upgrades are accompanied by a host of cosmetic changes, including a much more muscular stance that is provided by a staggered tire set-up with tires that are 9.6-inches wide in the front and a whopping 11.6-inches wide in the back. The rear, where are changes are far subtler, is still a striking angle with an extendable spoiler, sporty diffuser, and enormous exhausts sticking out of the aggressive diffuser. 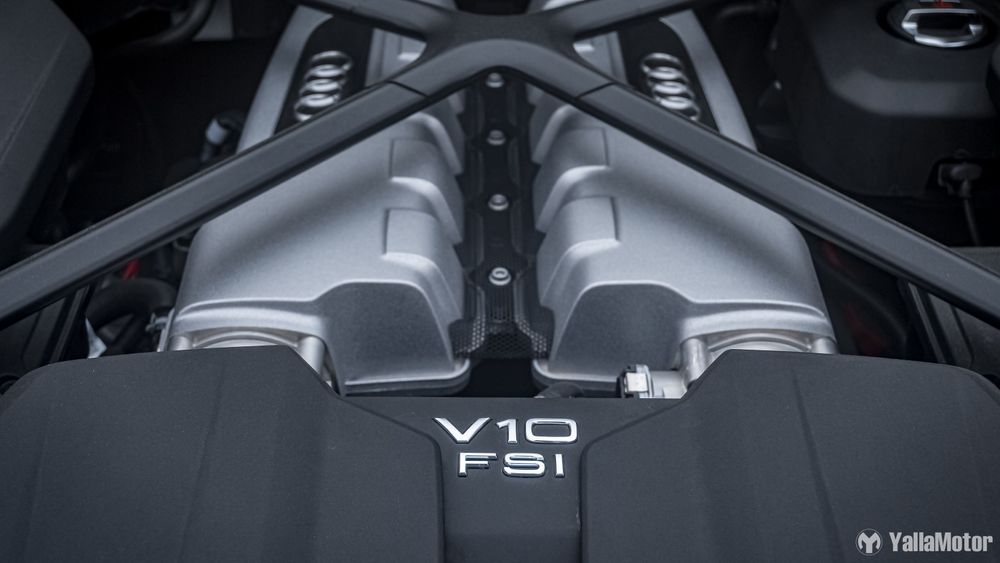 When inside, it is easy to forget that the R8 is a supercar, and what we mean by that is while most other supercars are cramped, uncomfortable, and a pain to get in and out of, the R8 is none of those. The minimalistic design is reminiscent of the Audi TT RS that we drove a few years ago and it is great to see the Virtual Cockpit adding a true sense of modernity.

While the overall styling is still mighty impressive, there are a few things that we wish Audi had done a little differently with the new R8. For starters, there is the iconic side blade that has now been revised and, in the process, the R8 has been robbed off one of its most unique styling characteristics. There is also the generous use of artificial vents all around the body that give the impression of a sportier design from afar but are not something one would expect from a true supercar. 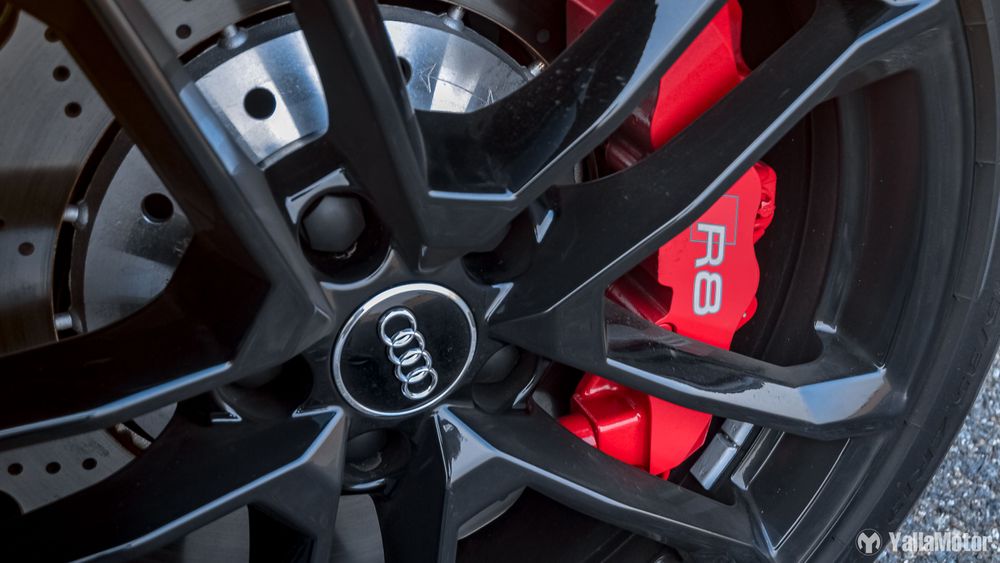 Being the brand’s flagship performance model, we also expected features such as electric seats and a power-adjustable steering rack to be standard but were a little disappointed to discover otherwise. Other amenities that have been reserved for more expensive versions of the R8 include adaptive dampers that allow the stiffness of the ride to be adjusted to suit the terrain you are driving over.

All in all, the 2021 Audi R8 definitely possesses all that it takes to be considered a real supercar. It is loud, it is fast, and it turns an incredible amount of heads. Unlike most other supercars, however, it is very dignified, sophisticated, and easy to live with.  Having said that, we can only imagine how much more thrilling the more powerful and more expensive versions of the Audi R8 will be when released in the Middle East. 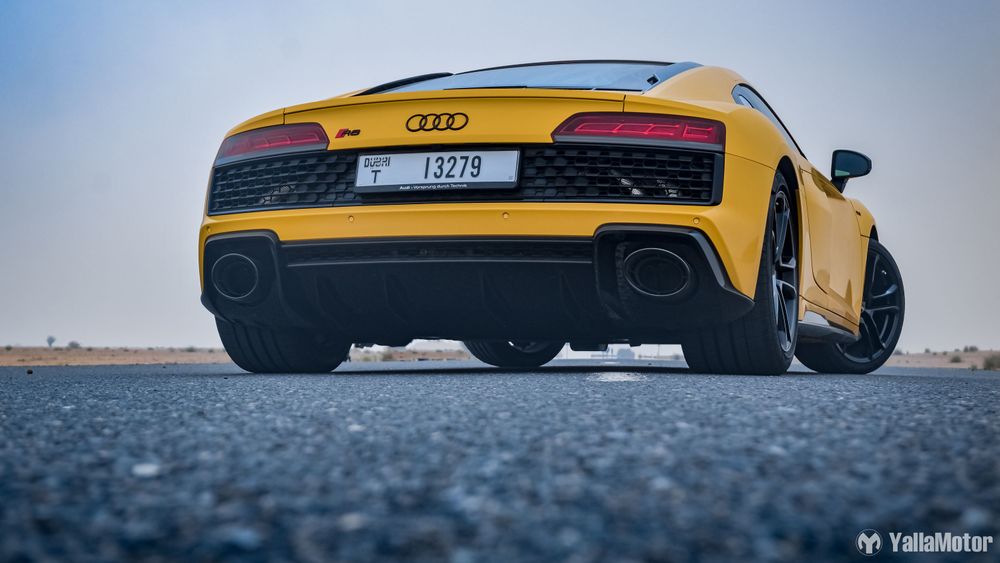