A quick look at the Honda Accord 2019 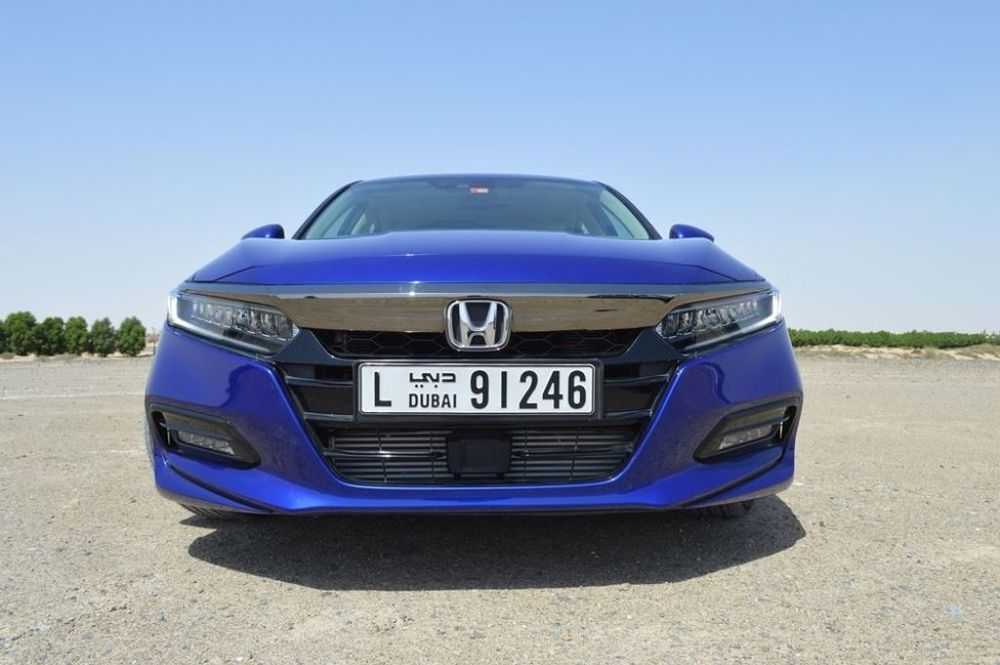 The very first Honda Accord went on sale in 1976, which is a whole six years before its nearest rival the Toyota Camry was released. For the first year or so after introduction, the Honda Accord was built and sold as a hatchback. But beginning in the latter half of 1977, the Accord grew in size and became a family sedan.

Today, over 40 years and nine generations later, the all-new 2019 Honda Accord is still considered as one of the best cars in its segment. It is also one of the most popular and highest-selling models that Honda has at their disposal. The 2019 Honda Accord is a combination of striking design, good dynamics, appreciable power, and respectable fuel economy. Its primary rivals in the market include the Toyota Camry, Nissan Altima, and Mazda 6.

The exterior design of the 2019 Honda Accord is a complete departure from any of its previous avatars, and also takes some inspirations from its new Civic sibling. Gone is the standard three-box design of the old Accord, replaced entirely by a dynamic and contemporary fastback silhouette. The pointy front gets Honda’s signature “wing” design for the grille, futuristic multibeam LED headlights and daytime-runners, a deep-chin bumper with large air intakes, and bright LED fog lights with their own designer surrounds.

The side profile of the Accord looks suave and sophisticated, thanks to its visibly short overhangs, fashionable alloy wheels, taut body contours, and the ever sloping roof and window line. The fastback styling results in a stubby, but well proportioned boot that also gets a subtle lip spoiler. The striking C-shaped rear lights look sporty, while the sculpted rear bumper integrates dual exhaust pipes and a diffuser. 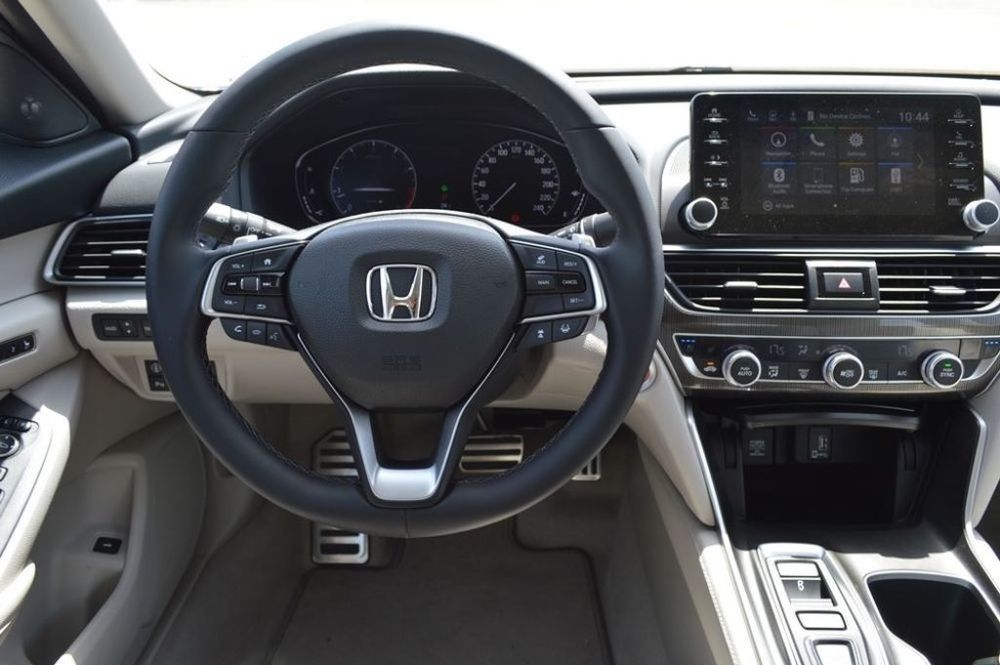 Just as with the exterior, the design of the interior too has undergone drastic change, and it’s for the better. The 2019 Honda Accord’s well-appointed cabin has a modern, minimalistic, sporty, and posh feel to it. The material and build quality has vastly improved, and so has the choice of various trim and surfaces.

Space, comfort, in-cabin storage, and practicality are all excellent, but rear headroom isn’t due to that sloping roof. The seats offer a good blend of comfort and support, and despite the sporty driving position, outward visibility is good. On the features front, you get full-LED headlights, 18-inch rims, keyless-entry plus start, adaptive cruise control, automatic climate control, leather seats, power-operated front seats with heating and cooling, power sunroof, paddle shifters, an 8-inch infotainment display with navigation, and a 10-speaker audio system. 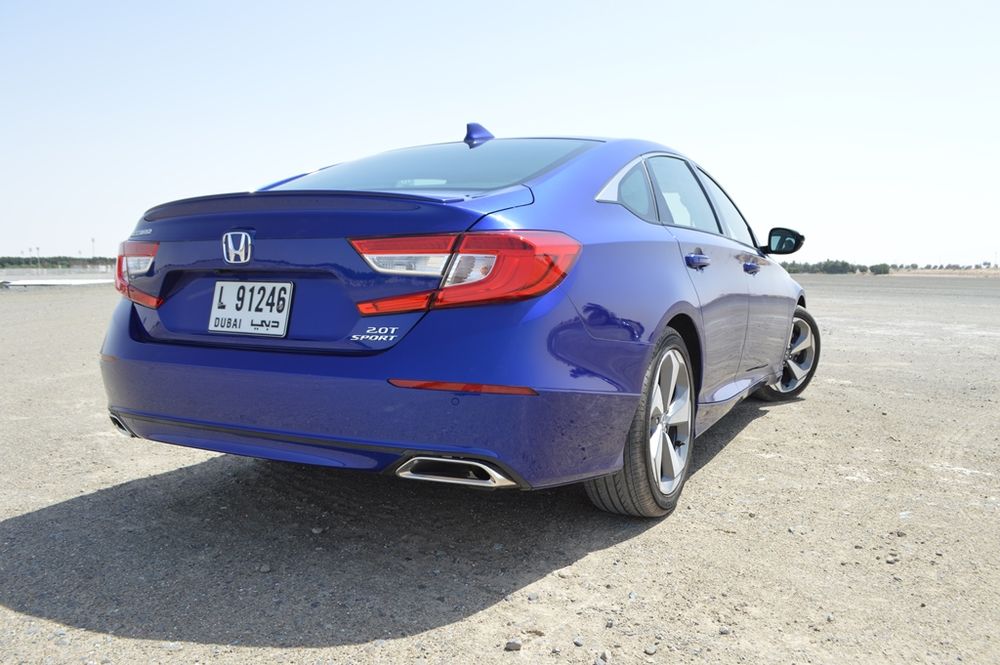 Honda | Accord | Honda Accord | Overviews