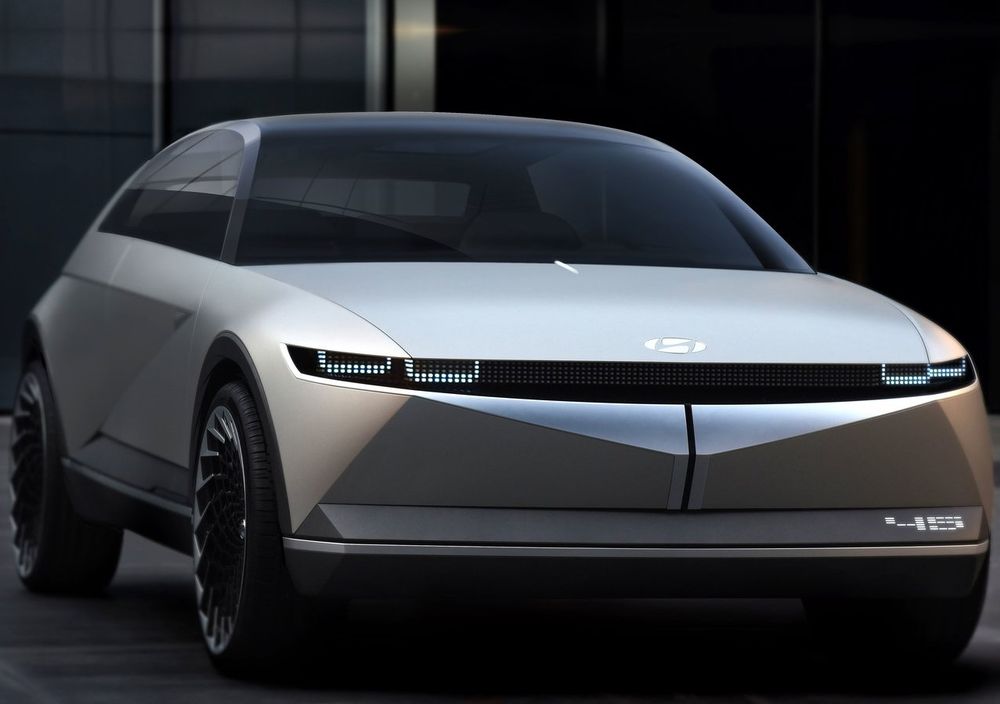 Most concept cars that are presented at the world’s various auto shows tend to look really futuristic, but can also hint at where the respective carmaker sees themselves going. In the case of the recently unveiled Hyundai 45 Concept, the latter is certainly true though design-wise, this concept car isn’t 100 percent all placed in the future. We will have a look at the design of the Hyundai 45 Concept shortly, but let’s first get some basics out of the way. The Korean auto giant officially introduced the 45 Concept at the 2019 Frankfurt Motor Show just last month.

Just like many other interesting concepts these days, the Hyundai 45 is also a fully-electric vehicle. However, the “45” in the name of this concept isn’t just some random number -- it’s a nod to the Hyundai Pony Coupe Concept from the early 1970s which was actually the automaker’s first production model. However, the “45” doesn’t just signify the number of years that has gone by since the debut of the Pony Coupe in 1974, but it also stands as a design reminder to all the 45-degree angles on the exterior of the Hyundai 45 Concept.

Once you are aware of the reasons behind the retro appeal of the 45 Concept’s design, it looks all the more appealing. Staring at the Hyundai 45 Concept from the front, you would be confronted by what Hyundai calls its 'kinetic cube lamp' design which brings together a plethora of LEDs - all stacked inside the slim grille. The 45 clearly loves its angles as it’s full of wedge-shaped surfaces which, according Hyundai, lends this concept a diamond shape when viewed in profile.

The angular sides of the Hyundai 45 Concept are backed up by the flared fenders (especially the back ones), intricate but beautiful-looking wheels and unique LED lighting strips on the front door that displays the car’s battery level. Just as with its front, the rear of the 45 Concept sports a diamond-shaped design. Also, the full-LED lighting at the back of this car looks absolutely spectacular and is very distinctive. Finally, the fastback silhouette of the Hyundai 45 Concept gives it that sporty edge that some similar-sized EVs lack. 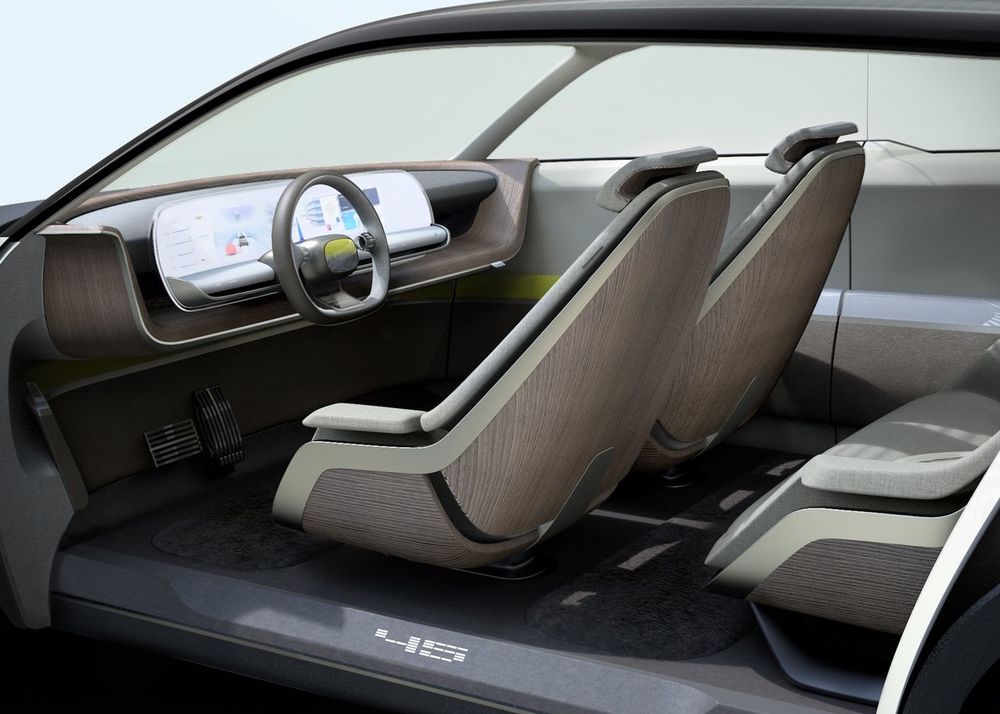 The lounge-like cabin of the Hyundai 45 Concept not only looks contemporary and futuristic, it also frees up a lot of space. According to the Korean automaker, this interior has been designed keeping in mind autonomous driving -- this explains the design of the front seats which can be turned around to face the rear passengers. Meanwhile, infotainment and multimedia functions can be handled by the front passenger with the help of a projection-beam interface on the dashboard.

For added convenience, the seats in the Hyundai 45 Concept can swivel to allow for easier ingress and egress. Furthermore, the wood and leather/fabric trimmed interior of the 45 Concept also features a thick carpet for that “homely” feel. Of course, the minimalistic design of this interior paves way for a massive screen which stretches almost all the way to the passenger side as well, capacitive touch-buttons and a chic-looking steering wheel.

On this front, unfortunately, there isn’t much to talk about at all. This is because Hyundai hasn’t revealed any data or information on the 45 Concept’s power output, performance figures or its maximum range. However, considering it’s a rather small electric vehicle, I don’t expect this thing to be really fast at the high end. But having said that, EVs generally tend to perform quite well when it comes to acceleration times -- an area where the Hyundai 45 Concept should fare well, if at all. 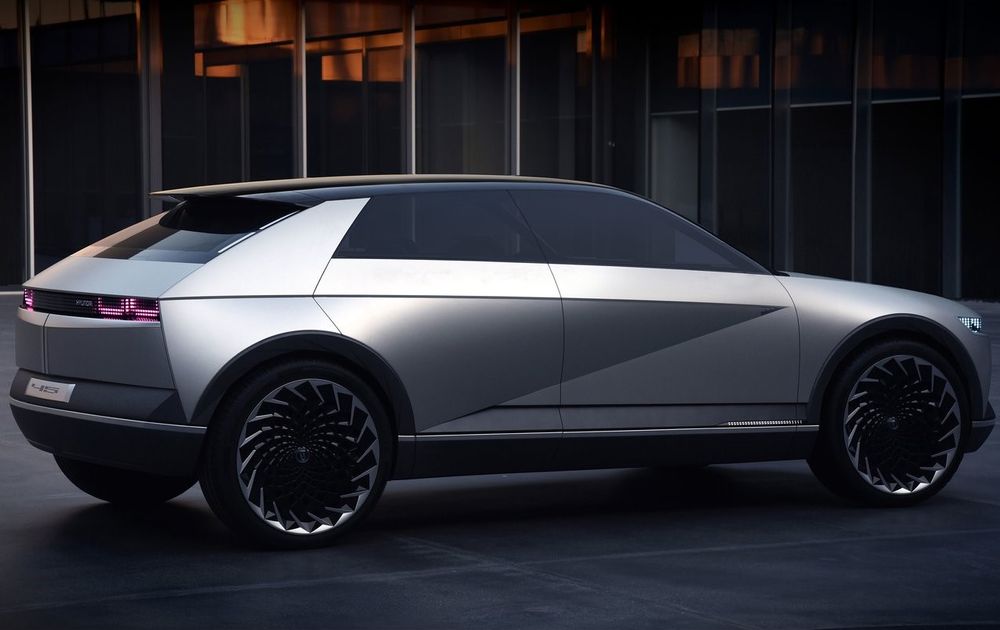 The primary objective behind the existence of the fascinating Hyundai 45 Concept is to allow us to peek into the future of Hyundai electric vehicles and autonomous driving. With its swanky exterior styling, ultra-modern interior and a fully-electric drivetrain, this should be one interesting car if Hyundai ever plans to bring out a fully functioning avatar of the 45.