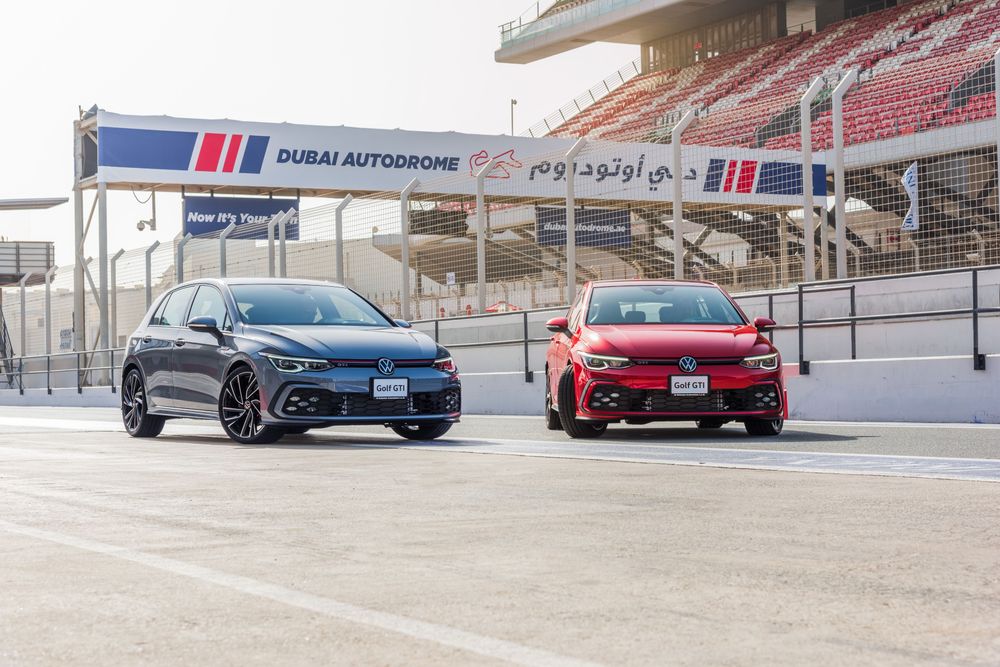 The Volkswagen Golf GTI is just one of those cars that you instantly fall in love with. I’m not sure if it has to do with its styling, its performance, or if it is to do with the fact that it is truly a niche contender. The all-new eighth-generation model had some big shoes to fill after the immense success of its predecessors but having driven it on track; I can safely say that the designers and engineers haven’t just met expectations but greatly surpassed them this time around as well.

A true pioneer and the car that has been credited with coining the term ‘hot hatch’, the Golf GTI has been spreading smiles since the late Seventies. An interesting fact is that when production for the GTI was given the go-ahead many decades ago, the company only set out to build 5,000 units, but demand far surpassed expectations and the company has gone on to build them into the millions.

Quite frankly, there’s a lot. Everything from the exterior styling to the interior quality and materials, including the performance, has been upgraded. Sportier, more dynamic, more intuitive, and more responsive than ever before, the GTI also features an all-new digital dashboard, marking the biggest technical leap in the model’s history.

What has changed with the styling?

Along the sides, it’s all quite familiar apart from the new Volkswagen lettering along the window line, which is a neat and subtle addition, and a new set of alloys. 18-inch alloys come as standard but for those who wish to add a little more pizzazz to their ride, there is a set of 19-inch alloys that have been borrowed from the outgoing Golf R.

At the back, there’s a revised spoiler, a brand new set of LED taillights, and the GTI insignia has been moved from the side to the center-right below the VW logo. What hasn’t changed is the iconic dual chrome exhaust outlets which sit well integrated into a matte black diffuser.

How much power does it make?

245 Horsepower and 370 Nm of torque is what the 2.0-liter turbocharged engine in the all-new GTI produces. It is a small but welcome boost from the 230 horsepower and 350 Nm of torque that its predecessor generated. Acceleration stands at 6.4-seconds and for the brave ones who refuse to take their foot off the accelerator pedal, top speed stands at 250km/h.

Out on the track and on the dedicated handling course, the increase in power was definitely noticeable but even more so was the improvements in the handling department. The suspension has been made stiffer by 5% in the front and 15% in the rear, making the car a lot more nimble. What was also instantly noticeable was the reduced understeer and the increased willingness of the GTI to turn hard into corners.

Should you buy one?

What Volkswagen has done is that they have taken something they do very well (build great hot hatches) and made it even better. With a starting price of AED 137,800 in the UAE, the GTI is a great car for someone who is looking for comfort, practicality, and a great amount of performance for a relatively low price. Also, if you are tempted to buy the all-new GTI, do check out InsuranceMarket.ae™ for all your vehicle insurance needs as they are the highest-rated insurance provider in the country and are bound to save you time and money.