The car you see is the 2020 Volvo XC90, a Swedish luxury SUV that costs 285,000 Dirhams and is believed to be a far better SUV than the Germans it competes with, namely the Audi Q7, BMW X5, and Mercedes-Benz GLE, let’s find out if that’s true. 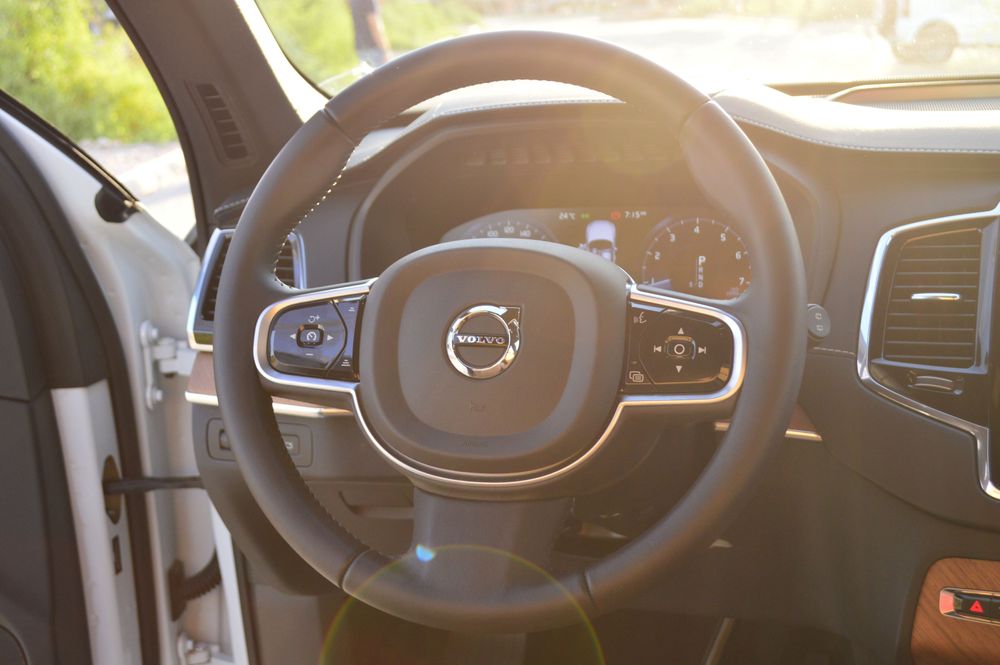 Now I know what some of you may be thinking, why am I reviewing a car in 2020 that hasn’t really changed since 2015, surely there are newer cars out there, right? Yes there are but the XC90 is a very important SUV, not only is it the biggest, most expensive, and most luxurious SUV in the brand’s line-up but it is also the very first car to have used the brand’s Scalable Product Architecture (SPA).

SPA is the same platform used by the S90 Sedan, V90 Estate, S60 Sedan, V60 Estate, XC60 Crossover, and even the brand’s full-electric sports car Polestar 1. So, if you happen to have a soft corner for any of the cars I just mentioned, you’d have to start by thanking the XC90 we’re sitting in right now. 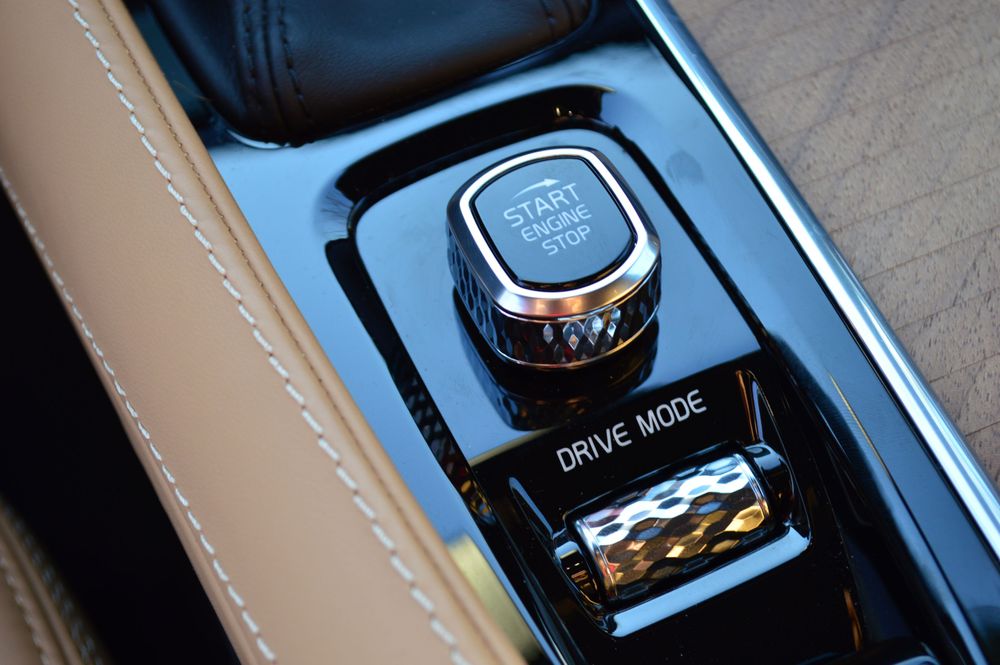 With three engine options available, this T6 model that we’re driving right now is powered by a 2.0-liter twin-charged engine – meaning there is a turbocharger and a supercharger working together to produce 320 horsepower and 400 Nm of torque. Power delivery is instant and when you do put your foot down, the XC90 will catapult you to 100km/h in just 6.5 seconds, that’s faster than cars half its size.

When you aren’t driving it like you stole it, the XC90 is one of the most luxurious and comfortable SUVs on the market. The 8-speed automatic transmission keeps the revs as low as possible and allows you to travel up to 13.4-kilometers on a single liter of petrol. With the combination of an All-Wheel Drive system and an Off-Road drive mode, the XC90 is more than capable of handling outdoor family activities, be it on the soft sand at the beach or the rocky wadi beds around the UAE. 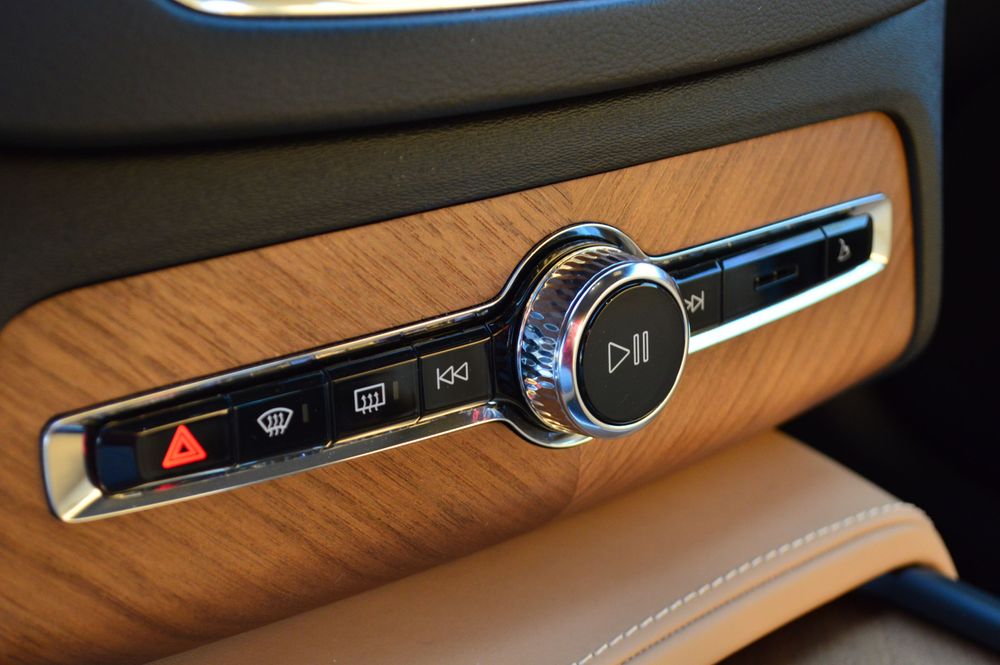 When it comes to interior fit and finish, this Inscription model gets the very best that Volvo has to offer. The design is minimal with just 8 buttons on the entire dashboard and the quality is truly impeccable with walnut wood trim and soft Napa leather covering nearly everything, including the key!

The same quality and materials continue into the second row with soft armrests on the door panels accompanied by wood trim and aluminum door handles. With seats that slide forward and backward as well as recline, space is plenty. There is also a 4-zone climate control system that is managed from the touch-sensitive AC controls, privacy shades on both sides, and a 230V outlet that can be used for vacuuming, but by far the most impressive feature of all is the in-built booster seat, I don’t think there’s any other brand that does that! 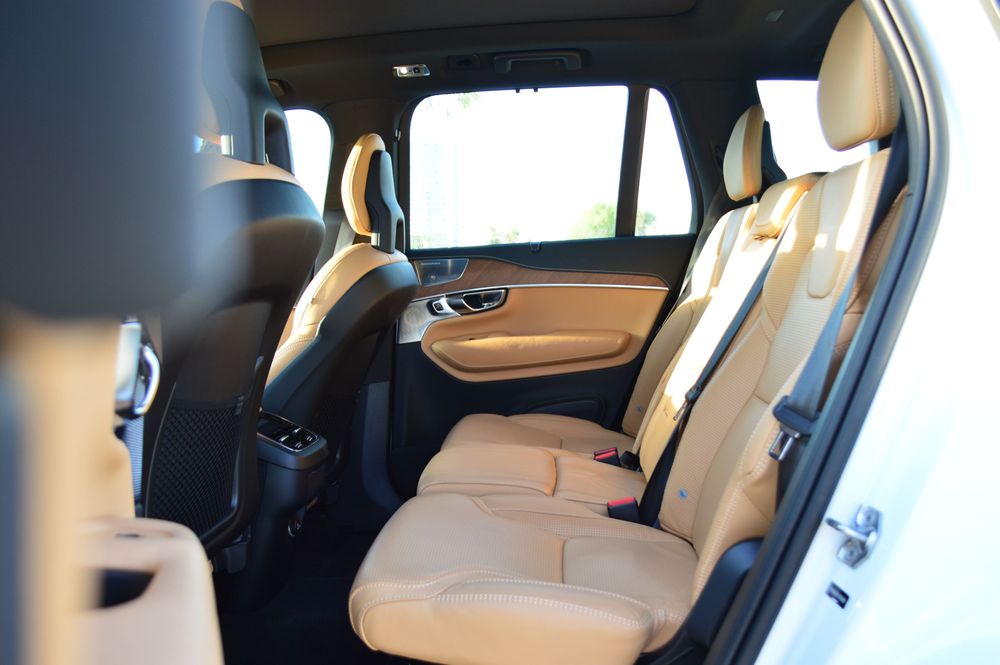 In the last row, the refinement and attention to detail haven’t been forgotten. If you wish to seat passengers in the last row, then you will be happy to know that there are speakers overhead, A/C vents, cup holders, and even storage boxes on either side. But if you wish to use the space in the back for cargo, there are 1,007-liters available behind the second row with tie-down points, grocery hooks, and an overhead shade. 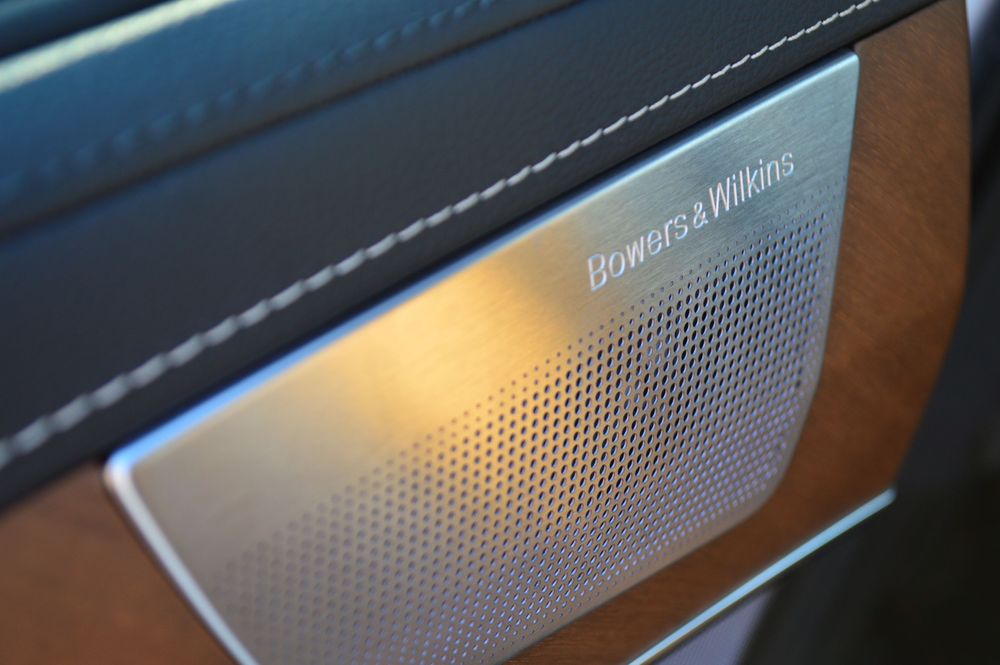 Being the brand’s flagship SUV, the XC90 is packed with plenty of tech. There’s a 12.3-inch digital instrument cluster, a 9–inch infotainment screen with Apple CarPlay and Android Auto, a panoramic roof, and a brilliant 19-speaker Bowers and Wilkins audio system. Impressed? Well, that’s just the beginning.

When it comes to driving assistance features, there’s Heads-Up Display that makes sure you never need to take your eyes off the road, blind-spot monitoring, lane-keeping assist, adaptive cruise control, and rear cross-traffic alert, but it is the XC90’s semi-autonomous driving capabilities that truly make it stand out. 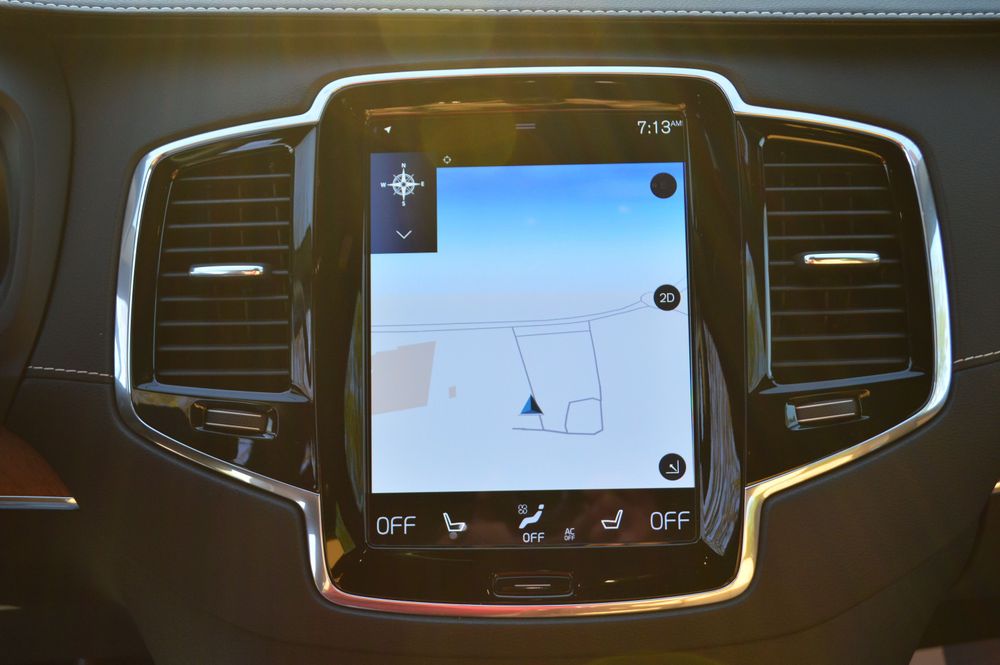 Using a number of cameras and sensors around the vehicle, the Pilot Assist system maintains a set distance from the car in front, stays right in the middle of the lane, can take small turns, and can even bring the car to a complete stop if needed. All of this, without the need to constantly keep your hands on the steering wheel, it’s brilliant for those who spend several hours each day driving up and down highways.

Just in case your friends with their flashy German SUVs still aren’t impressed, there are 360-degree cameras that you can zoom into individually, automated park-in and park-out options that can automatically park the car in or take it out, and an in-built radar detector into the navigation system to stop you from getting speeding tickets, now which other cars will offer you that?! 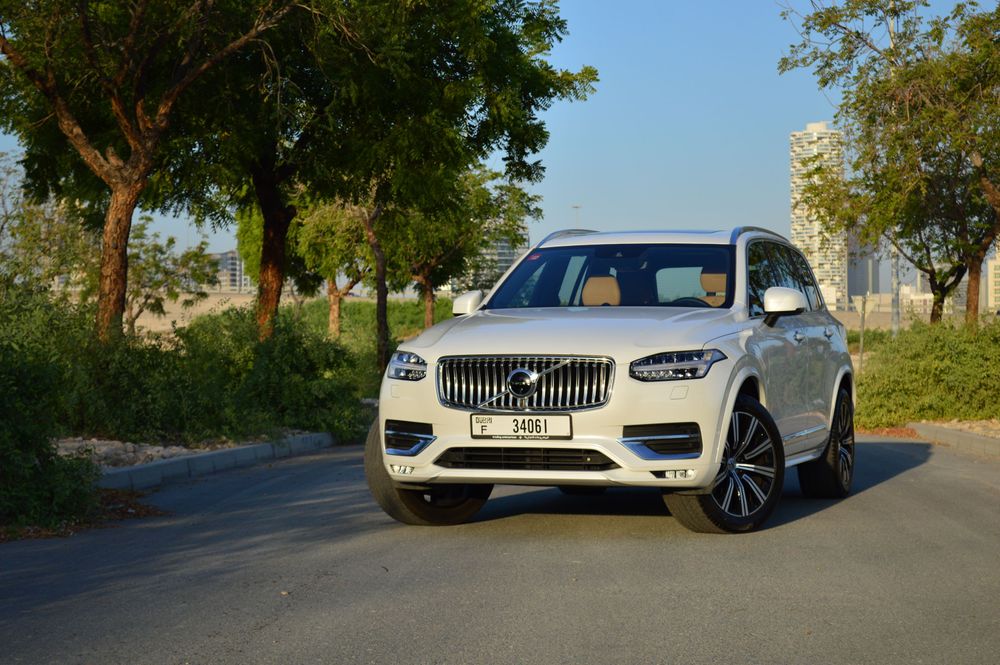 From a design standpoint, the Volvo XC90 looks stylish and classy, and quite frankly it always has. The Thor’s Hammer LED headlights are still present and form an unmistakable part of the model’s identity. Along with the subtle use of chrome along the bodywork, there are 20-inch diamond-cut alloy wheels and two functional exhausts that stick out of a beautiful bumper in the back. 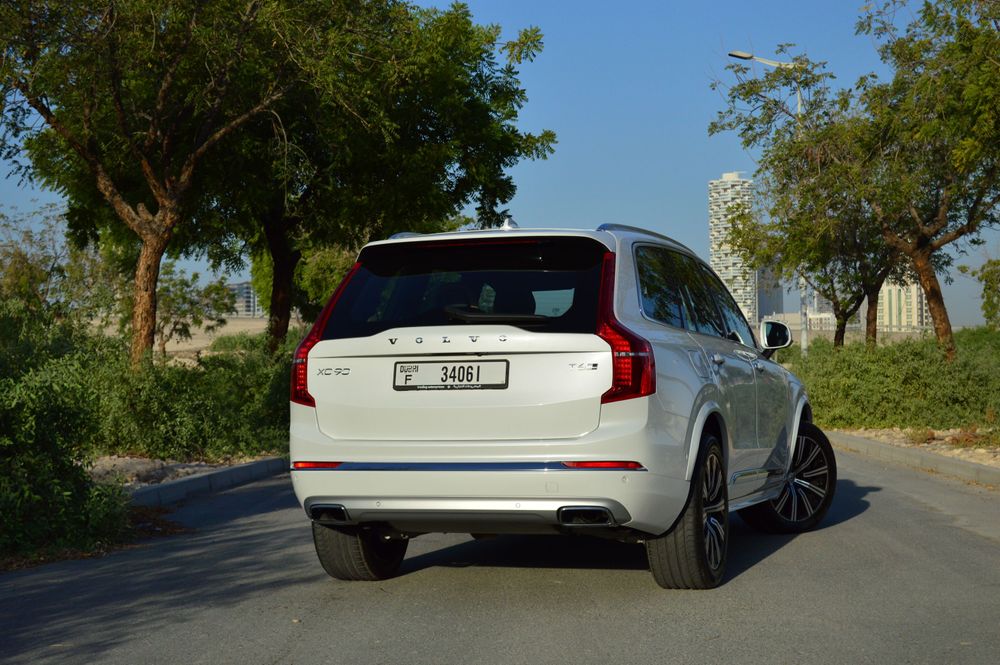 At the start of this review, we set out to answer if the Volvo XC90 is better than its German rivals. What we’ve discovered is that at 285,000 Dirhams, not only is the Volvo cheaper but also better in nearly every way possible. Which would you have and why? Let us know in the comments down below.

To get the best car insurance quotes in the UAE, check out InsuranceMarket.ae™.