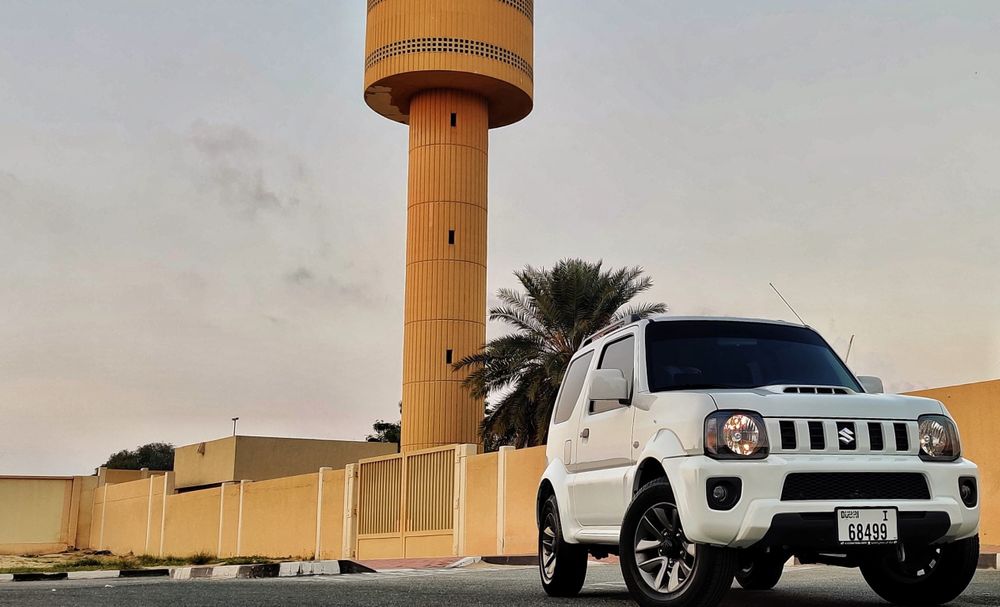 “The Suzuki Jimny is a strange little car”, I’d heard it from my colleagues, friends and family, but their opinions weren’t going to discourage me. As time went on and I made my interest towards purchasing one even clearer, the question “Why would anyone want to buy that little thing?” was something I found myself answering daily. I knew I wanted one (and I did for many, many years) so when the opportunity came up, the stars aligned, and the bank balance permitted it, I went ahead and bought one.

A lot of people questioned my decision initially, after all, I was going from driving a heavily modified Mitsubishi Pajero with a rumbling 3.8-liter V6 to a bone-stock Suzuki Jimny with a measly 1.3-liter four-cylinder, but the numbers were never a concern for me. The Jimny was practical, fuel efficient, and a brilliant off-roader, making it the ideal SUV in my eyes. Having spent three amazing months with little Jim, I decided to write about my ownership experience, highlighting the good things, the not so good things, and about my recent experience at the Al Rostamani Suzuki Service Center in Al Quoz, Dubai. 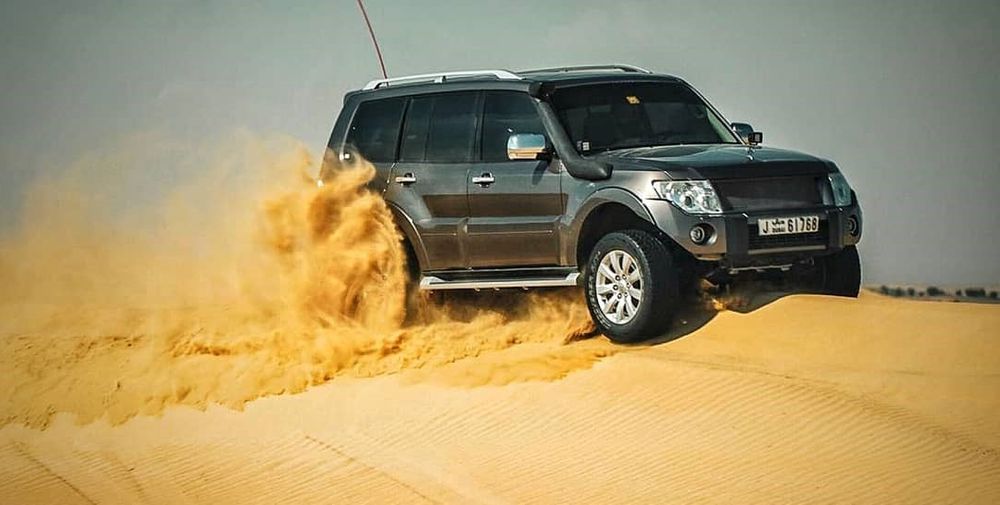 Like all things design, the design of the Suzuki Jimny gathers mixed opinions. I personally think it looks great, macho even, but perhaps I am a little biased (it is my dream car after all). Despite the third-generation model being in production for twenty years - from 1998 to 2018 - Suzuki did carry out a few aesthetic upgrades through the decades. Nothing major, though, just a more upright grille, a new bumper, and an ultra-cool, functional hood scoop. Why fix what isn't broken, right?

Essentially there is no tech, and in today’s world where every car you sit in has a plethora of screens and gigabytes of storage and processing power, the Jimny is quite like a digital detox retreat. Refreshing and empowering. What the Jimny does have plenty of, however, is passenger and storage space. I know it’s difficult to imagine and no, I’m not being sarcastic, trust me.

Despite its diminutive dimensions, the Jimny can easily seat four adults. The rear seats even recline so that those in the back can be comfortable and there’s rear cupholders too. When the need to transport cargo arises, the Jimny doesn’t shy away. I’ve helped my colleague take a bicycle home for his daughter. I’ve transported suitcases to the airport. I’ve also carried camping gear, cool boxes, and logs for a bonfire. There truly is a lot more space than anyone would imagine. 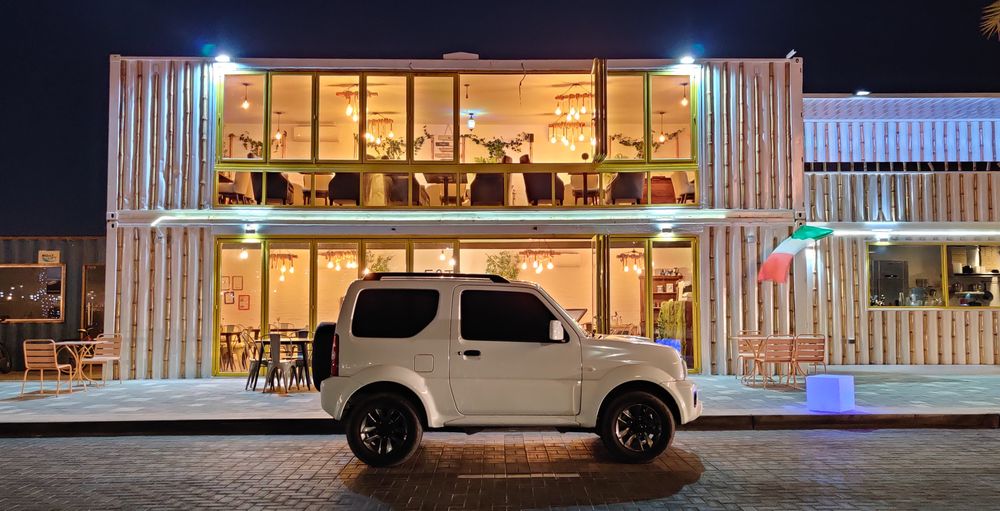 As mentioned earlier, the Jimny isn’t exactly dripping with power. Its 1.3-liter engine coughs up just about 85 horsepower and while that number seems ridiculously low, the secret lies in the Jimny’s construction. Weighing just over a ton, the Jimny’s power-to-weight ratio is phenomenal, putting it on par with SUVs that are much larger and more powerful.

Judging by reviews I’d seen online, I was skeptical when it came to the drive but since owning it, I’m happy to prove them wrong. Plenty said the ride would be too bouncy. Plenty said the ride would be too loud. But what they’d forgotten is that I was moving from an SUV with a stiff off-road suspension and a roaring aftermarket exhaust. For me, the Jimny is quiet, tamed, and supple in comparison.

With a tiny 40-liter fuel tank, my wallet has never been happier. I spend less time filling up at petrol stations and get nearly 450 kilometers per tank, something I could never dream of achieving in the mighty Mitsu. On highways, the RPM needle hovers the 3,000 mark but the Jimny never feels underpowered. Be it from a stop light or when overtaking, the little SUV always feels like it has more to give, even in the sand.

A popular toy among Emirati men, the Suzuki Jimny isn’t an unpopular sight in the desert. It carves dunes and climbs them with greater ease than more powerful SUVs, often leading the way for the bulkier Wranglers and Patrols to follow. The gearing is perfect, and it sails through sands, no matter how soft or deep. In fact, to make its off-road credentials clearer, a quick search online will also bring up results where you can see the Jimny keep up with SUVs such as the Land Rover Defender and Range Rover through thick mud and slippery slopes and for what, a fraction of the price?

Simply said, there is something about it. It’s not the fastest or most powerful but it’s a heck load of fun to drive. It exudes character. Each time I park it, I look forward to getting back in and taking it out for another spin. In fact, I’m certain there’s something magical about it because the same friends and family members who were convinced, I was making a big mistake purchasing one, are the ones who want to keep borrowing it…

After three great months of ownership, the day had come, the day I was to take the Jimny for its first service since purchasing it from the previous owner. With not so pleasant experiences dealing with other agencies in the past, I wasn’t sure what to expect, especially since I was just another owner who had purchased their most affordable SUV.

At 7:50AM on a Sunday morning I dropped the Jimny off to the Al Rostamani Suzuki Service Center in Al Quoz and even though I had arrived before my appointment, the friendly staff accepted the vehicle and made a clear list of everything I asked them to check. They completed the service, waxed the car, threw on a 30% discount on parts, charged minimal labor, and delivered the car (with all issues resolved) in under eight hours!

The best part, however, were the phone calls throughout the day that let me know the status of the car and all that had been completed. Also, the cool bottle of water in the cupholder before handing it over was a great touch to prove the agency’s dedication to customer satisfaction. Well done and thank you Al Rostamani! Thank you for proving to me that buying a Jimny was one of the best decisions I ever made! 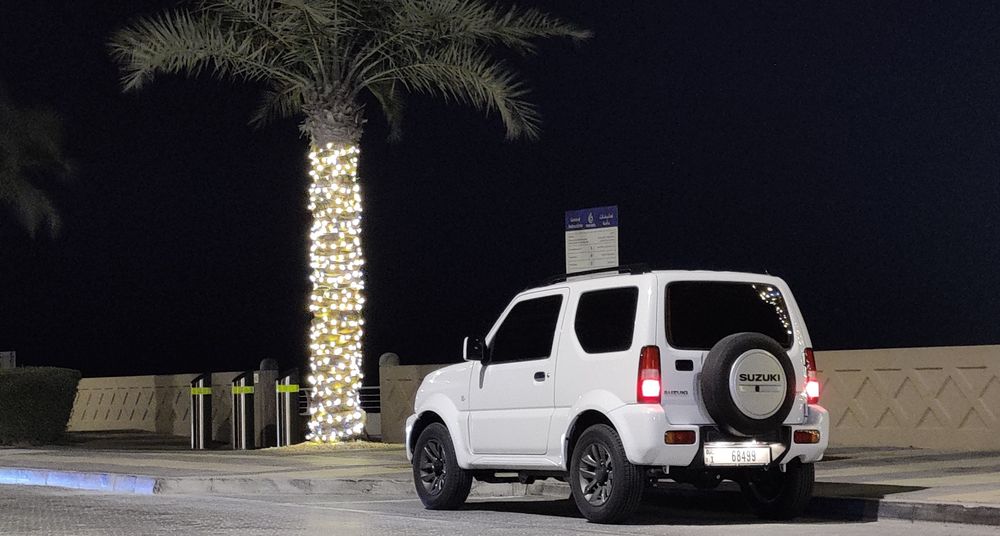 Let me know in the comments below how your ownership experience has been and if you’ve had a pleasant experience dealing with distributor.