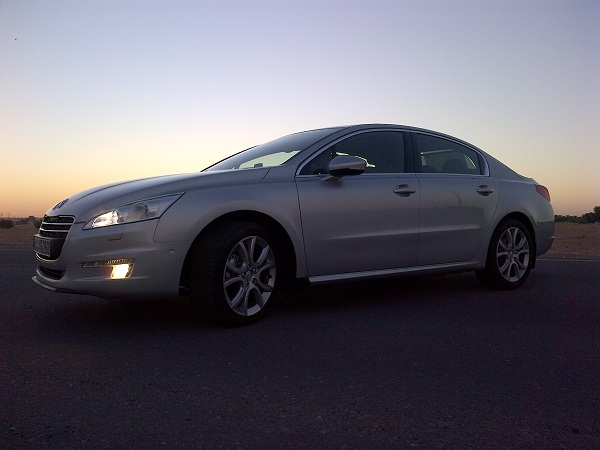 The 2013 Peugeot 508 is a fine-looking sedan, but it takes more than good exterior styling to make an impact on the highly-competitive mid-sized sedan segment. We review this car with a spin around Dubai city and highways.

The Allure full option model we tested has a 1.6-litre VVT four-cylinder turbo-charged engine generating 156 BHP and 240NM of torque, together with a six-speed auto Tiptronic gearbox and cruise control. This is one of the few mid-sized sedans with an engine smaller than 2.0L, making it a comparatively fuel efficient model.

Despite being a 1.6L engine, it feels like a more powerful car, as the turbocharge counts for impressive acceleration and cruises easily at speed. The performance does not compromise the handling, as the Peugeot 508 has responsive steering and very little body movement when cornering. Parking is a simple affair, as the low-speed handling is excellent and there are front and rear sensors with distance measurement.

Peugeots have a reputation for having a firm ride, but it's not really noticeable in the 508. The clever front suspension system helps to ensure driver and passengers travel in comfort, while there is barely any engine noise.

The driver's seat is in a higher position than in most mid-range sedans, giving a good view of the road and the exceptionally clear instruments on the head-up display. The steering wheel, which has the controls for the stereo and speed limiter on it, can be adjusted for height and reach, so drivers will be able to find a comfortable arrangement.

We only discovered one niggle, which was operating the push button start. It requires the driver to synchronise the brake and the start button, which proved tricky at first. It was fine once we'd got the knack, but the French carmaker should look at developing a more intuitive start system for future models.

To compete in the crowded mid-sized sedan segment, a car has to be both spacious and well-equipped. The Peugeot 508 delivers on both counts.

There is plenty of leg and head room in both front and back, with more than enough space for four adults. The seats are comfortable with added rear air condition controls as well.

Boot space is impressive, with a wide design that makes it easy to load and unload. It is big enough to rival those in other popular sedans and the rear seats can be folded down if more room is needed.

The Allure model has superior equipment levels, with sat-nav, an eight-speaker radio/CD player, hands-free kit and Bluetooth audio streaming among the gadgets included. It also has an electric sunroof with anti-trap facility, together with useful side and rear screen blinds.

One area that deserves special mention are the cup holders. They are very well positioned on the front panel and open up like CD players which is quite user friendly for the driver. However they seem a little thin and fragile, particularly when compared with the high quality of other interior components. They get the job done but we suggest sturdier cup holders as an improvement point for the next update. 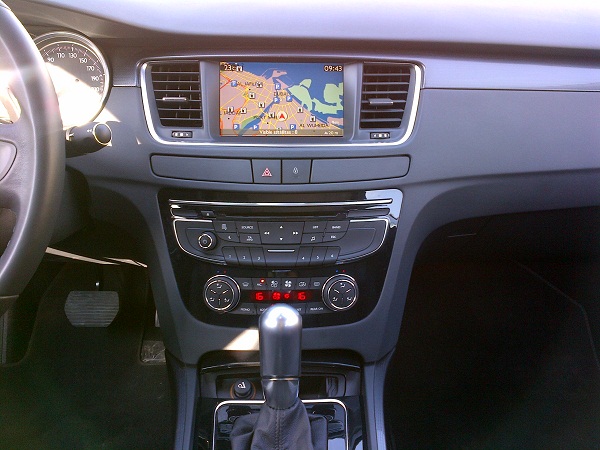 The Peugeot 508 is a match for most of its rivals in the mid-sized sedan market thanks to its excellent performance and equipment levels. Add in the spacious interior and boot, and you have a good choice of car for family or business use.

In terms of price, the full option model will set you back by 105,900 AED in UAE. It is in close vicinity of Volkswagen Passat and Volvo S60 T4. Check out our comparative analysis page with a spec to spec analysis of all three models.